Continue our guide to role playing for newbies and curious: today we will understand how to structure a character

Have you read the previous chapter of our guide? Role play, tabletop or real, is an interesting playful activity that involves a group of people, stimulates acumen and imagination. This second chapter starts from laying the foundations of your character, for which you need a lot of imagination.

There are many role-playing games: I will use Dungeons and Dragons as an example here, but you can transpose the reasoning on all the others, changing only a few terms.

Structuring a character by race and class

RPGs typically immerse the player in a fantasy world, with different characteristics from the real one. We think of Vampires, whose adventures can also be immersed in XNUMXst century Spain, but the characters will be vampires, creatures with supernatural powers, all to be imagined. Of course we are not capable of dominating people's minds: or are we?

D&D instead explores a classic fantasy world - or quite classic depending on the adventure -, so the characters will have races from that world: elves, dwarves, gnomes ... and yes, humans too! Now, structuring a human character is easier because it is enough to reason as we reason. While an elf, well, consider that he reaches maturity around 110 years ... How would a 110-year-old human reason instead? The elves have a different mentality from ours, they are amused, they consider humans vulgar, dwarves uncouth ... In short, if we want to create an elf character we must keep in mind, for example, that he would never get into a fight, an activity more akin to half-orc mentality.

With regard to classi, it is simply a question of what "profession" the character has. And beware, this "profession" must be consistent with his race but also with his mentality. Any race-class pairing is possible, but some clash easily: I can think of a barbarian halfling (a halfling is the equivalent of a hobbit), or a monk gnome (hand-to-hand combatant); clerics are widespread in all races because religion is central in D&D; hardly a stupid half-ogre can pursue a career as a magician, which requires superior intelligence.

In structuring a character, we take our own into account gaming experience: an easy character to build for newbies is the human warrior, or barbarian, because he is easy to manage mentally and with fewer rules to follow than a spellcaster.

A side note: no role-playing game prevents you from playing a character of the opposite sex to ours. 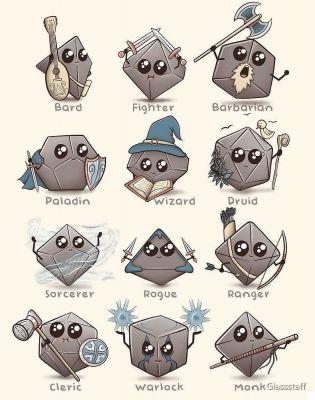 Structuring a character through alignment

Some RPGs require the character to have a basic mentality, which can derive from the clan - as in Vampir - or from a decision made at the table - with some guidelines based on race or class -.

Dungeons and Dragons explicitly requires the character to have a alignment, that is, how he will behave towards society or towards others:

These three possibilities are combined with three others, which indicate how the character will behave socially: Discount, Neutrals o Evil. D&D therefore foresees nine possible alignments that are not as rigid as you think: sure, a Lawful Evil character will hardly feel compassion, but he could respect the will of the clan leader and save a dying mate, or otherwise have someone dear to him.

Structuring a character through alignment sounds easy but it's not. Newbies could think about what their alignment is like (intended of the person) and transport it on the character: I personally consider myself Chaotic Good, so managing characters with this alignment is easy for me, less the Lawyers or Evils. More complex might be playing someone with a mindset totally opposite to our modus vivendi, as dark necromancers or cold-blooded killers. 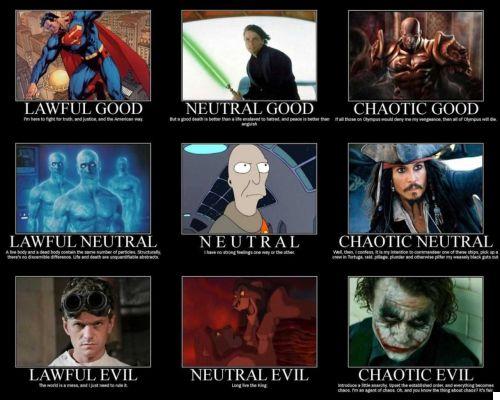 You have to be careful to interpret your character well, thus following the chosen alignment, personality, race, but also your desires: a greedy character will hardly ignore the possibility of obtaining loot from an adventure, even if it is dangerous; if our race foresees enmities with another race, well, it must be done, in spite of Legolas and Gimli in one of the most famous scenes of the Return of the King. 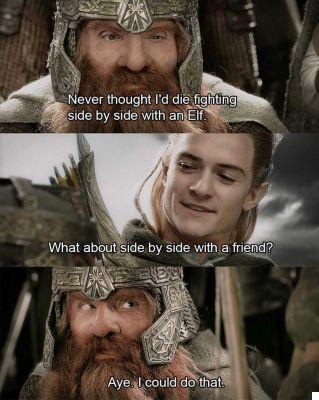 Does role play help in interpersonal relationships? Find out here.