The Fifth Season becomes a RPG

Having won three consecutive Hugo Awards and captivated readers around the world, the Broken Earth trilogy is now a Role Playing Game for Green Ronin Publishing. The Fifth Season, the first volume of the saga written by Nora Jemisin, arrived in Spain in April thanks to Mondadori, which is planning the release of the other two volumes for 2020.

The Fifth Season: a role-playing setting

Unsurprisingly, the setting created by Nora Jemisin for her saga inspired the creation of a Role Playing Game. The Fifth Season, in fact, the only volume of the saga currently present in Spain, has struck and fascinated readers right from its first pages. Immersed in a crude and dangerous post-apocalyptic atmosphere, the story draws us alongside three similar women, forced to face the reality of a world in ruins. Upset by continuous earthquakes, the Motionless is in fact an unstable and dangerous land, which does not hesitate to kill anyone who crosses it unprepared.

What could be better than taking on the role of survivors, driven to fight with all their might to save their lives? Already the premises of this setting pique our curiosity, above all because the world of The Broken Earth is nothing but a speculation on the future of our Earth. We add the fact that the world of Jemisin has a strong and magical component and we have created the ingredients for the perfect RPG.. In fact, in the setting of The Fifth Season there are Orogens, human beings able to manipulate kinetic energy to their liking. Creating earthquakes and taking heat away from the environment are just some of their abilities and we are very curious to see how these will be rendered in the RPG. 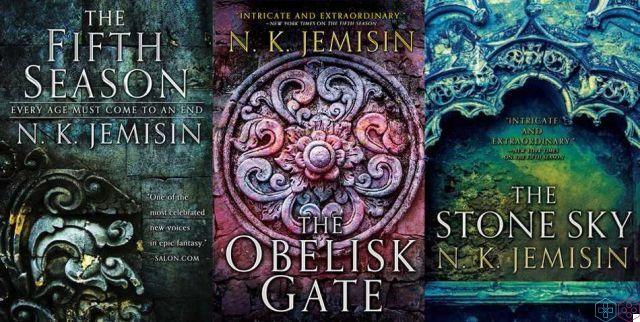 Green Ronin and the development of the Game

Two well-known names in the gaming scene will be in charge of the development of the game: Tanya DePass (Rivals of Waterdeep) and Joseph D. Carriker (Critical Role). For the creation of the Roleplaying Game of The Fifth Season, the two will rely on a re-adapted version of the Chronicle System, which has already served the Green Ronin in the creation of the RPG of Game of Thrones.

In addition to fans of the saga, this project seems to thrill Nora Jemisin herself, who said in a recent interview:

I have heard many of my readers say that they would like to visit the world of The Fifth Season. Now, thanks to RPG, they will finally have the chance.

The release is scheduled for fall 2020 and we can't wait to be able to give you more information on this exciting new creation. Stay tuned for updates on the Fifth Season RPG soon.

And if you're looking for a RPG to endure the wait, check out our previous articles.

add a comment of The Fifth Season becomes a RPG