Just landed on Prime Video and has already conquered viewers: Carnival Row, the fantasy series of the moment, now becomes a free downloadable RPG module. Ready to play as Vignette and Philo?

It has been online in the Amazon catalog for just two weeks and already Carnival Row is talked about. An Edwardian setting with fantasy hues and dark and smoky tones, multifaceted characters played by a first-rate cast (Orlando Bloom and Cara Delavigne stand out in the main roles) and a complex and attractive plot. A mix that seems to have impressed audiences who love the genre, keeping them glued until the last minute and giving them the promise of a new epic to fall in love with.

And while on-screen the series continues to captivate viewers, the Monte Cook Games, the famous mother producer of the masterpiece Numenera, announces the release of Carnival Row GdR, first adventure module dedicated to the series. Created in collaboration with nerdist.com, the form can already be downloaded for free from their website, although for the moment only in the English version. 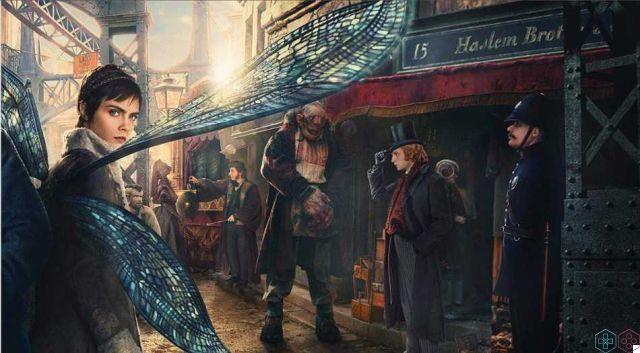 Carnival Row RPG: a module full of nuances and possibilities

Based on the versatile and intuitive game system Cypher system, flagship of Monte Cook, the RPG module dedicated to Carnival Row transports players directly into the world of the series. In fact, they will be able to take on the role of humans and fairies who populate it and experience the same adventures that made them dream for hours in front of the screen.

Each territory seen in the series becomes real and playable: from Tirnanoc to Ignota, legendary and magical lands, passing through the fierce domains of the Pact and the civilized regions of Burgue. The module explores in depth the geography of the world but not only: the history and traditions of this complex setting are now in-depth to give players the opportunity to imagine the entire game world in detail.


Accompanied by splendid illustrations and images from the film, the pages of this virtual manual will tell you about the origin of Tirnanoc and the fairies who grew up there, will decant the beauty of the ancient Peoples religions and the magnificence of their sacred places and will paint with realism and rawness the most infamous alleys of the Row.

Enter the Tetterby Hotel and let yourself be welcomed by seductive and beautiful Pix; walk the harbor streets surrounded by Puck workers sweating on the new railroad tracks. Or stroll slowly through Finistere Crossing with a parasol in your hand and your fairy maid at your side. There are no limits to the possibilities offered by this RPG module and your imagination will allow you to experience Carnival Row as you have never done before.

Between the pages of the RPG module, Carnival Row comes to life

You decide it, creating your own version of the story. Read the manual thoroughly, immerse yourself in the setting and let the atmosphere of Burgue and the surrounding places overwhelm you. There is no limit to your imagination all you need, to fully experience the experience, is the module and a group of friends to play with and Carnival Row and its smoky streets will come to life before your eyes.

And of course, you can wear the shoes of the protagonists of the TV series.

Embrace the courage of Vignette Stonemoss and defend Anoun's precious library from the cruelty of the Covenant. Marry Rycroft Philostrate's determination and investigate the streets of Burgue with him, on the hunt for dangerous killers of fairy beings. And, why not, live a few hours in Agreus Astrayon's half-faun body, surrounded by money but unable to get you to be accepted by high society; or in that of Imogen Spunrose, as a young woman from a good family in search of redemption and freedom.

The characters you loved in the series are all already on the form, waiting to become real. You can combine them with your own, original creations that will color your sessions with unique shades.


Carnival Row RPG is an open door to the fantastic imagination; an invitation to immerse yourself in a Burgue that has the flavor of a fairytale and dark Victorian London.

And now all that remains is to grab the d20s and prepare to immerse yourself in the chaos of the Row but beware: the darkness of Burgue's dungeons is waiting and ready to awaken.

Are you ready to fight it? 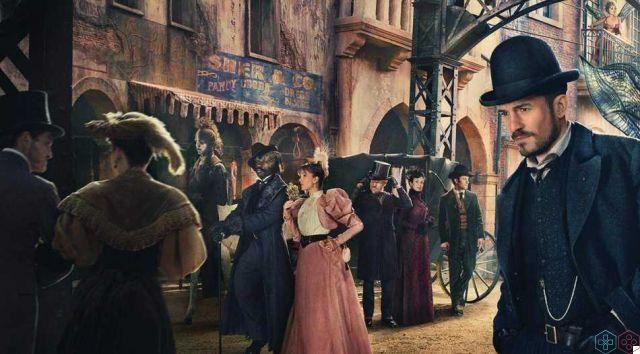 Technical details of the module:

add a comment of Carnival Row: the Monte Cook Games RPG is here