Mantra mode is the most critical and addicting in the world of Fantasy Football. But who to pick in the 2019/2020 Mantra Fantasy Football Series in Serie A and why? We reveal it to you in our guide!

Fantasy football, Classic o Mantra? This is the question that many fantasy coaches ask themselves a few days before the auction. Usually the answer is simple and everyone chooses the same modality as in the previous championship, in other cases it is not so. When fantasy coaches try to switch from Classic to Mantra it is always a tragedy. Different rules, unknown bonuses and penalties and the anxiety of the auction made by roles. This is why this guide was born, as a help to understand who to take to Mantra Fantasy Football in the 2019/2020 Serie A championship. First, however, we understand well what it takes to play a Mantra competition better than the Classic.

In the new edition of the Mantra Fantasy Football, created years ago by Fantagazzetta, it will be possible to choose between 11 different modules. The difference from the Classic mode is that there are no roles divided into goalkeeper, defender, midfielder and attacker, but there will be more specific ones. As we see in the image below, there are several:

Each player can play up to 3 different roles. Of course, players with three different roles are the most popular as they become the wild card in the event of a hole in the lineup. But what if we don't have players to fulfill any of the available modules? Usually, the standard rule is a penalty of -0,5 points for each player out of position. Of course, like all rules, this can be changed for the worse or for the better. 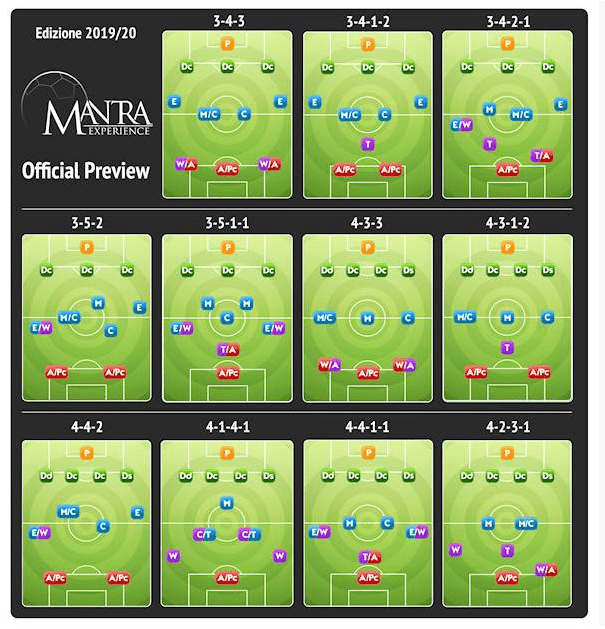 The first advice for those who are preparing to play the Mantra mode is to choose two or three modules similar to each other and focus on players who can fill the indicated roles. For example, those who play with the 4-3-1-2 he should have no difficulty in purchasing players to be able to turn the module into a 3-4-2-1 or a 3-5-1-1. Of course, the substantial difference lies in moving from a module with a 3-man defense to one with a 4-man defense, given that in the latter we need external defenders, while in the former the central defenders are enough. The decision must also be made its modifiers used throughout the year of the Fantasy Football Mantra. If, in fact, you use the defense modifier, then playing with the three-man defense will never allow you to get the bonus scores.

But which players should we aim for in this mode? One to bet on is definitely Bonaventura of Milan, a certain holder who can be entered as C, W or T. The player is a safe holder as well as Criscito. The Genoa defender is not only a candidate penalty taker, but can be used as DS, DC and E. Another defender you can buy is D'Ambrosio of Inter. The player, despite his low seasonal average, is one of the eligible candidates as he can fill all the roles as a defender, ie DS, DD and DC. Despite the only two usable roles, a purchase to be made or Gomez of Atalanta. The attacker is also evaluated as an attacking midfielder (T) and this allows us to play with 3 forwards even in modules such as 3-4-1-2 using him as an attacking midfielder. Furthermore, it allows us to be able to keep him in attack in case of crowding in midfield. 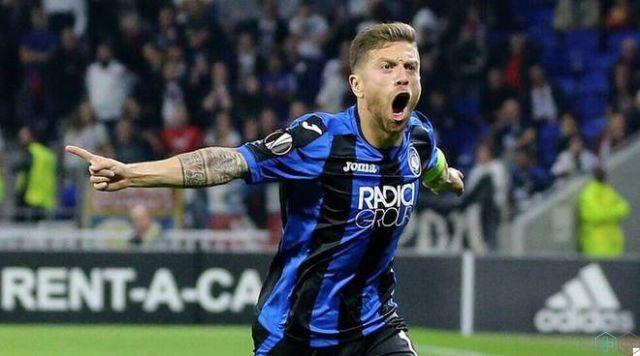 Who should we avoid? Do not be enticed by the three usable roles, they are not always an excellent evaluation parameter. De sciglio ed Hysaj I'm the right example. The two defenders can be used in many positions but at the moment it is not known if they will be able to find a permanent place in the formations of their respective teams. Negative note of the Mantra is the fact that all the central points (PC) have only that role. As a result, players like Shick, Muriel and the like, who in their teams could play from outside bringing fewer goals than a true central striker, could become negative purchases. This is mainly because in most roles you can only bet on one PC.

Single role and double roles: who to choose at the Mantra 2019/2020 Serie A Fantasy Football?

Of course, it's not always bad to bet on a player who only covers one role. Eg, Koulibaly, Chiellini e Skriniar they are excellent defenders who can only be deployed as DCs. But if you aim to play only with a 3-man defense, then these are the purchases to be made absolutely in the Mantra Fantasy Football. Of course, I would avoid buying a winger who can only fill that role, even if he is one of those players that in the classic mode I would buy in a hurry. I'm talking about Lazzari e Hateboer, excellent players who however become unusable if we change the module we use during the race by eliminating the use of E.


As for players who have at least two roles that they can fill, I would focus a lot on midfielders who can be used as attacking midfielders. Among the well-known names we find Milinkovic-Savic of Lazio or Fabian Ruiz of Naples. Difficult choice concerns the M / C. The players who act as medians and midfielders are always the ones with the least bonuses. Unfortunately, there are not many modules that allow you to exclude the medians, there are only 3. Consequently, if you do not want to make me the team only on these three modules, you will have to buy at least a couple of medians. Another negative point on the list, there aren't many good medians who could get bonuses or high scores. Among the names stand out Parolo, Stretcher, Allan e Vecino. 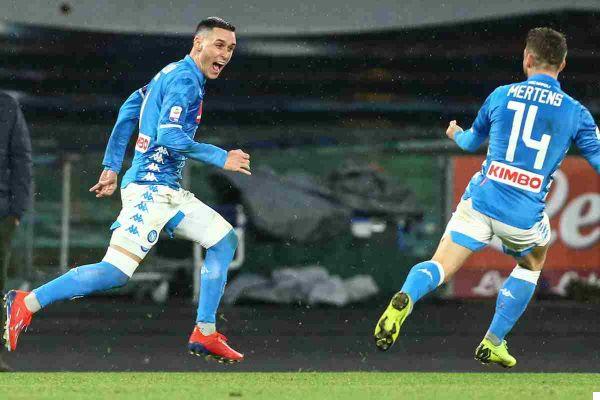 Very important in the Fantasy Football Mantra is the purchase of Ali (W). There is no doubt that among the wings we find important players like Church e Perisic. But what is the importance of this category of players? Let's take the form 3-5-1-1, but like this also others, in which it is possible to insert 1 striker, 1 attacking midfielder and 2 wings. So imagine playing with: Friday, Nainggolan, Suso e Callejon. We are talking about 4 players who bring a ton of bonuses to their teams.

Tips Fantasy Football Mantra 2019/2020: players to catch in Serie A

Now that we have learned most of the concepts of Mantra and we have seen which players are recommended and which are not, it's all up to you! Organize the auction, choose the rules and dive into an innovative mode. I also refer you to our guide to players to buy in Classic mode and to the list of Serie A 2019/2020 penalty takers.

Fantasy football: who to line up on matchday 4 of Serie A ❯