Do you want to get closer to the world of role playing but don't know how to do it? Here is an informal guide to learn not to get lost in the various rules!

I started role-playing in the oratory, in middle school. Not that I understood much about it, even if the animator had simplified it very the rules. In reality it is not at all complicated, just do not be frightened immediately by the enormous amount of information that appears in front of you.

What? What is roleplaying

It is a collaborative group game in which each participant plays a character, typically immersed in a world different from ours: it is much more fascinating to embark on adventures as an elf archer rather than simulating being an employee queued in traffic at eight in the morning. The group is led by a special player, whose name changes from game to game, who pulls the strings of the story, narrates the events, describes the actions of the characters with whom the group interacts. In Dungeons and Dragons he is called the Dungeon Master, so in these articles we will always call this person as Master.

Who? Who plays role

If we don't know how to start there are two options: either we know someone who already plays a role and can put us in a group; or we can look for someone in stores specializing in board games, which will surely host patrons accustomed to the subject. Until a few years ago the RPG was almost entirely the preserve of the boys but, with the customs clearance of nerds, for some years also many girls have approached this world. Actors like Vin Diesel, Joe Manganiello or the creator of the Simpsons Matt Groening play role. 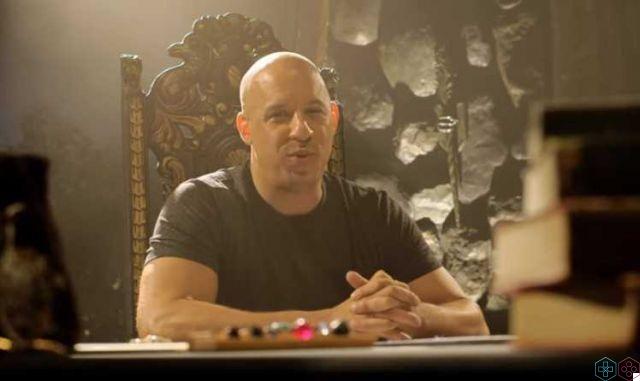 When and Where? When and where role plays

In reality there is no rule, each group decides when and where to be. Personally, with my friends, I have a more or less fixed weekly appointment, while someone else dedicates the whole Sunday afternoon and evening, in short: it depends on the habits and availability of the group, between work, hobbies and family. The only thing that is required is a table with chairs, but the game session can last an evening (done), a night (done: XNUMX PM to sunrise), an afternoon (done), a weekend. (done), in short, from a simple session of a couple of hours after dinner to numerous hours of fun interspersed with meals of various kinds!

The adventures of your characters can take place during one one shot, that is a single session (group meeting) or you can carry out a campaign lasting months, years of play in which the characters face numerous adventures ...

Why? Why the role play

Role play is a pastime like any other, healthy, fun, which develops imagination and sociability. Role-playing involves interfacing with other people, imagining places and characters that are different from reality, developing strategies, becoming passionate about a world ... It is clear that, for those who don't even like the classic board game, We advise against to waste time with role play; for those who like to spend evenings with friends simply sitting around a table, we recommend that you finish this reading (and continue with the next episodes…).

How? How to role play

Few are the essential elements for role playing:

Every role-playing game has at least one manual: of course, it's the rules. I won't lie to you, personally I've only role-played in Dungeons and Dragons and in LARP in Vampires, so I can only say that D&D has a certain amount of manuals, specific to each race, class, edition (that is? while Vampires have, in proportion, far fewer.

Is it necessary to learn all the rules by heart? Absolutely not. You can be excellent players or role-players without knowing everything by heart (indeed: unless you totally immerse yourself in the subject, it is practically impossible). The important thing is the use of imagination and resourcefulness ...

The character sheet is a table usually found at the bottom of RPG manuals. At first glance, of course, it will be indecipherable but, as the knowledge of the RPG progresses, each element will become clearer. We recommend using a pencil and an eraser rather than a pen because there are numerous erasures ...

For those who have never played a role (someone uses the verb "to roll") it might seem absurd to say that they exist non-cubic dice. For D&D, 4-sided, 6-sided, 8-sided, 10-sided, 12-sided and 20-sided dice are used (d4, d6, d8, d10, d12, d20), while for Vampires only d10s. They correspond to the Platonic solids and to the pentagonal trapezohedron, in short, of well-balanced solid figures.

The dice industry is not to be underestimated: when we buy "a dice for 1 euro" we simply buy a piece of plastic that cost very little to the manufacturer ... There are real collectors of dice, attracted by the colors and the number of faces too. bizarre, but with almost no usefulness: there are d5, d24, d30, d12 with zodiac signs, spherical d6, which work with a small weight inside, d100 as large spheres with 100 faces, giant dice, decorated, in metal , transparent ... 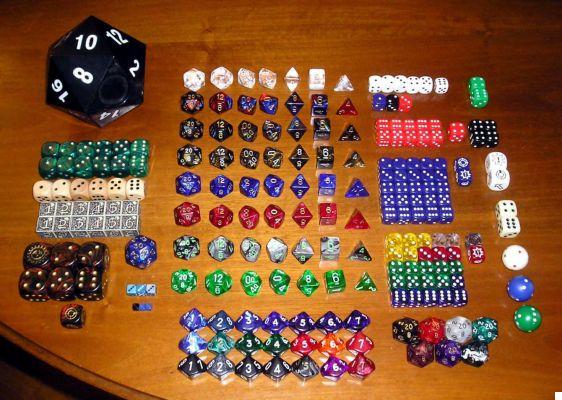 How much? Economic costs

Does role play cost money? Not so much, actually. A set of dice has a low cost, while the manuals have a higher cost, but in both cases they are one-off costs.

And here we are at the fundamental component and, ultimately, the only non-material one: fantasy. I'd like to deepen this section in the next article, but in the meantime, know that initiative, being proactive, getting into one's character are practically all that is required for a good player or role player. The rest are details ...

add a comment of Understanding RPG - Chapter 1: The Basics