Lost Judgment: the interview with the director of the game reveals curiosity and background on the development

Lost Judgment was released last week; meanwhile, an interview was released on Famitsu in August with the producer and studio director Ryu ga Gotoku

Judgment, a spin-off game from the Yakuza series, was developed by the studio Ryu ga Gotoku, to which Sega belongs, and has also recently arrived on next-gen consoles. This was done in anticipation of the release of the sequel: the new chapter, released a few days ago, is once again focused on the events of Takayuki Yagami, grappling with another important case and disturbing scenarios. On Famitsu, a well-known Japanese video game magazine, you can read an integral interview addressed to the producer, Hosokawa Kazuki, and the director Ito Yutaka, dating back to the month before the release of Lost Judgment.

The global release and release date

In the interview we can steal a lot of information regarding the mood with which the director and the producer approached the release date of Lost Judgment. In August, at the time they were interviewed, they were still working on the DLC after working hard on the game; for this they say they are relieved to have passed the creation phase of the main game.

A question concerning is then posed the reason for which they had chosen to work until a date so close to release, indicating as a possible answer the fact that it is a game intended for a global and cross-platform publishing. To this intuition, Ito replies in the affirmative, adding that it is not only due to the time to work on the game, but also for other different factors such as time zones, translation, bugs and documentation.

Long live the shadowing - Lost Judgment: the director and the interview

Touching the question of development and what they paid more attention to, Ito responds by explaining how they had spent a lot of effort and commitment in stalking sequences found at the beginning of the chapter. This is because they were divisive sequences and they sparked players, especially foreign ones, who were eager to go straight to more action scenes like fights. The effort of the team and the director has shifted to demonstrating the tension and palpable fun during these more reflective and less brute-force phases. Ito thinks he spent at least a year working on it.


Hosokawa says that while he acknowledged that many people weren't positive about it, and that even some staff members were reluctant to put it early in the game, they didn't want to bow to the demands of overseas fans. According to the producer, one of the strengths of the studio is giving a sense of wonder in the West through an all-round Japanese setting. Private detectives are a common occurrence in Japan - they carry out background checks, searches for missing pets. That's Yagami's detective life, and portraying him doing those activities was necessary to build the story and the characters. 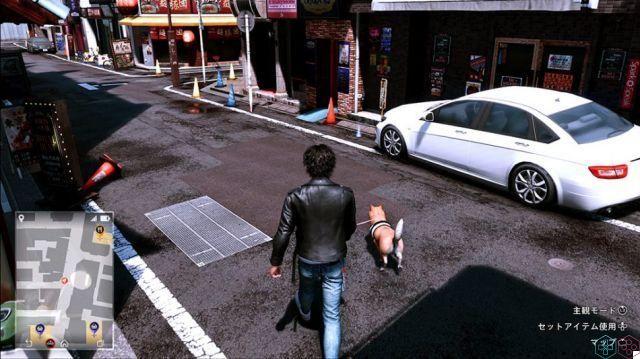 The flogged and the flogger - Lost Judgment: the director and the interview

Since Ito was the program supervisor of the first game, he is asked if, with his experience on the subject, he wanted to do anything on Lost Judgment. But he believes his position hasn't changed much: what he does is still control development, albeit from a higher position, and he has a way of vocalizing his ideas. However, it has changed the way it communicates with the development team, even though he is still seen as a programmer, and is often asked questions to solve programming problems; and that's why Ito asks them to also ask questions about design and planning.

Becoming a director also has it shifted of perspective: found that each section of the team tries to reduce the volume of work in the other sections. An example he gives is how putting a hundred of the same items into the game world is easy for programmers, but nevertheless planners and designers they try to do it by themselves, so as not to create problems. As the team grew, so did the distance between people. For Hosokawa, it is interesting to see the relationship that is created between the man who is now director and the team he was a part of. Hosokawa himself was a designer, and once he became director there he went down very hard with his old team. The same now goes for the programming team and Ito.


This kind of relationship is also evident in the game; even if they are little noticeable differences by the players, every developer is able to recognize what distinguishes one title from the other. Elaborating further, Ito talks about how in Lost Judgment they worked mainly on the movement of NPCs and enemies, and on the AI ​​of those who are stalked. Jokingly, he wonders if the programming team is hating it at that moment, considering how many times she told him to do it again. At the very least, the result is visible in more realistic characters, and the director hopes this will be noticed by the players.

The story and the skills - Lost Judgment: the director and the interview

Regarding the "stories at school", the director explains that this novelty introduced in Lost Judgment was originally formed by four sections: the dance club, the boxing gym, the bikers gang, the robotics club. Sections increased during development, using what was already in the previous game. The skateboard it was designed in a much smaller way, on the line of a mini-game, but at some point Yagami gained the ability to use the skateboard outside of the mini-games, and the team liked that.

Judgment was also successful because of the excellent story. But as for Lost Judgment, the exact time frame since the writing began is unknown. It is known that it happened earlier that the team was formed. Writer Furuta created a draft, then worked with Nagoshi on the most important details. Having reached a certain level of drafting, it was time to find a director and a team for the project, who began to think about how to make it a video game. Further elements such as parkour, school stories, and the Snake's third fighting style were also decided. Parkour and stealth have donated more emphasis on investigative sequences, leading to the introduction of further stalking sequences with secondary cases and school histories. 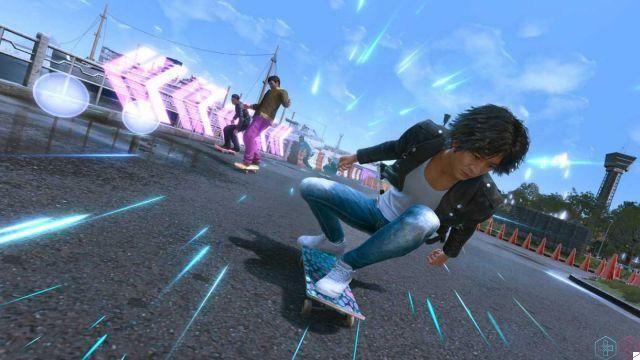 Styles in the hands - Lost Judgment: the director and the interview

Turning the conversation about the fight, Ito intended to get through the first game by donating an identity for every style, and basing the design of the enemies on this intention of theirs. Recalling how Crane's style proved rather useless towards the end of Judgment, they attempted to rebalance styles, so that all three were used to the end. Now, the Snake style is the one that requires a lot of skill, but will still be the most useful in boss fights. 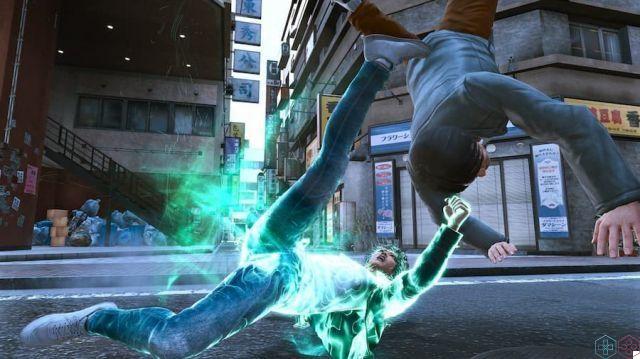 A work appreciated by all

To conclude the interview, addressing the fans, the director of Lost Judgment declares that he has created a game full of content, but made with total commitment, believing that all users will be satisfied. Hosokawa also participates in the closure, placing Lost Judgment as one of the games he has the most confidence in, and one that will give its true potential above next-gen consoles.

Lost Judgment is out the 24 September on all major platforms except the PC. Finally, we invite you to follow us on techigames to have access to other news and insights on video games, while if you want to look for games at a discounted price you can visit the Instant Gaming site.

Lucca Comics & Games 2021: all the info on how it will take place ❯

add a comment of Lost Judgment: the interview with the director of the game reveals curiosity and background on the development