Pokémon: the top 5 of the perfect moments for Halloween

We have compiled a Halloween-themed top 5 for you, to remind us of all the moments in which Pokémon has forgotten the very young audience

Seen the dot of Pokémon for the release of new games just in November, we wondered if it was possible to draw one top 5 just to celebrate Halloween with some unexpected thrills. And what was unexpected was the amount of material we were able to work with! Between the stereotypical vision of the franchise (especially here in Spain) and the reassuring voice of Davide Garbolino as always, we forget all too often that the target that Nintendo and Game Freak are targeting is always also made up of very young people, but first of all by players who love fun regardless of rounded shapes.

Given the brand's sprawling multimedia, we had to set ourselves some rules. In reality it is a very simple regulation, but which has saved us the headaches of a much more detailed skimming. First of all, no creepypasta: let's leave the vulgar tradition of the "corruption" of a children's franchise to the dark alleys of the web. This includes rom hacks, from cheap ones like Lost Silver to more psychological ones like False Red. Furthermore, we will limit ourselves to the games of the main series: no anime or manga (otherwise Pokémon Adventures would have monopolized the top 5). Finally, to avoid the clichés, no Lavender Town. It goes without saying that we will do some spoiler. Ready?

Although we have decided to omit the creepypastas, the fact remains that it was the Pokémon series itself that paid homage to them and that is why we allow ourselves a little departure from the rule for our Halloween top 5. The encounter with a legendary creature, in any chapter of the series, is typically imbued with an aura of mystery, with that pinch of tension facilitated by how late they happen to be in the games. Sword and Shield Pokémon, for their part, they have seen fit to throw the tradition to the winds and, like the forest that inspires the Sleeping Wood, to throw the players into the world of the mystic.

From the very first bars of the game, the grove below the house replaces the comfortable atmosphere of our village with a melody composed mainly of barking and howling in the middle of a haze. And after seeing the pride of Zacian and Zamazenta on the cover of the games, the first meeting with them follows all the dictates of creepypasta. Before we even face them in a battle where our defeat is (drum roll) scripted, we will see them with faded colors and various wounds all over the body (along the lines of the modified sprites), including half-cut ears and so on. And then, in combat, we will not be able to inflict any damage on our "mysterious adversaries" before succumbing. Woh!

Of all the chapters in the Pokémon series, the most suitable for today's top 5 are (in full respect of Halloween) precisely those set in the pro-American region. White Version and Black Version they are still loved precisely for the adult attitude with which they questioned the foundations of the franchise. The capture of the pocket monsters? Abuse of animals. Their powers? Weapons. Basically, the basic idea of ​​Narutaru, only applied boldly in an official product and not in a distorted parody. Then, in the final stages of the plot, we learn the exact reason.

Team Plasma, a cross between PETA and a terrorist reinterpretation of the Crusader warriors, follows the rules of a monarchy and obeys the mysterious N. However, the latter is nothing more than a "puppet king": to pull the strings is Ghetsis, the adoptive (and abusive) father of N. Ghetsis has in fact forced N to live only in the company of the Pokémon themselves, leading him not to know manage human relationships. In the climax of the games we have the opportunity to visit Team Plasma's castle, where N's depressing bedroom reproduces its theme with a music box. And it is the ruined version of this room, seen in the sequels Bianco 2 and Nero 2, that deserves the place in the top with its distorted melody. 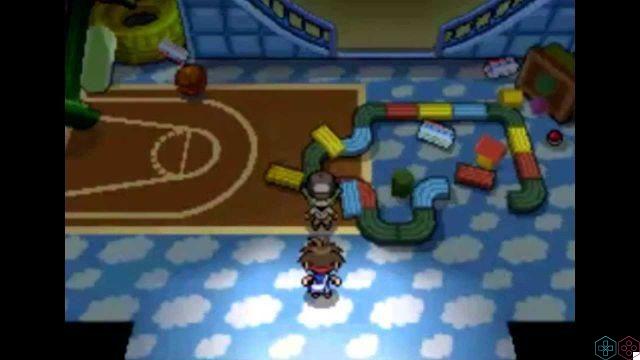 With the imminent arrival of Pokémon Shining Diamond and Shining Pearl, including a nod to the Sinnoh region in the Halloween top 5 is pretty much a must. We would have gladly talked about legendary creatures again, but since few have actually faced Arceus in his "space of origin" we leave out the solemn and incessant beating on the drums and officially enter the podium of ghost stories. The youtuber Francesco “Cydonia” Cilurzo gave his ghostly column the name of “Ancient Chateau” for a reason, and we're about to find out.

The abandoned villa of the same name in the Evisopolis Wood boasts the distinction of having introduced ghosts into the brand ... and we are not alluding to the type of Pokémon. We are talking about real dead, once belonging to the human race. All those who speak ofAncient Chateau they mention the ghost of the little girl (yes, little girl), but no one seems to draw attention to the place where the other peeps. The butler can be found in a dining room, where you can find a Antidote. That said, it doesn't sound bad ... but the Antidote is in a garbage can. What kind of family slaughter took place within these walls? We will never know ... 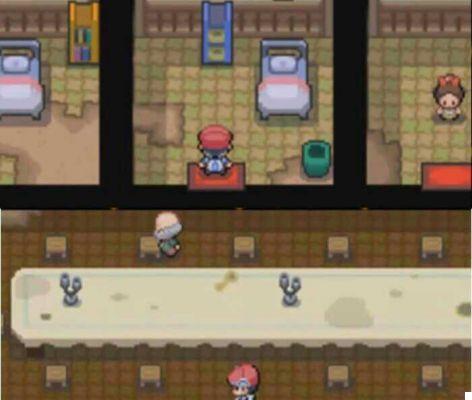 Number 2: so, out of the blue, nonsense - the Pokémon top 5 for Halloween

Ah, Paris. The city of light, of love. And, as Lumiose City teaches us in Pokémon X ed Y, each light casts a worthy shadow. It was already known that the Grand Hotel Fior di Quattrini was a slap in the face of the bigoted censorship that surrounds the franchise, given the numerous sheets and pillowcases that "bear bite marks" (if you don't understand it ... that's fine). However, enjoying the hardware necessary to be able to definitively switch to polygons, Game Freak has seen fit to indulge in the human ghost of this generation, leading us to wonder what would have happened if the PEGI had raised the number.

Still in the northern area of ​​Lumiose City, however, one of the buildings hosts a disturbing surprise for those who visit the first floor on the first access. Once out of the elevator, players will see themselves motionless between a blackout and the other, while behind them one ghost girl (interpreted through the 3D model of the witch-class trainer) will appear and then float next to them. All we will be told is a simple "No, you are not the chosen one ..." before allowing us to move. Once we have resumed the reins of the game, we will understand which room we are in: an office, albeit empty of both staff and answers to the thousand questions about what happened. 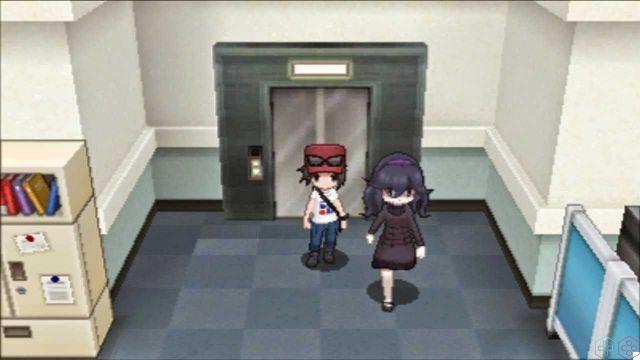 Number 1: a scare that involves everyone!

Which of the Pokémon games has reserved the worst left-handed shot for players to deserve the pinnacle of our Halloween top 5? We had a lot of options, and we thought of a bit of nostalgia with the infamous radio signal of the Ruins of Alph in Gold, Silver and Crystal versions. But no, the horror medal goes by right to Captain Malpi of the Alola region, and specifically to the Affaroni supermarket where his proof is held. Between the regular version seen in Sun and Moon and the variant of Ultra Sun and Ultra Moon, Malpi's test presents many “creepy” moments (one above all the Mimikyu altar), but nothing for which it deserves the summit.

However, it is for the music that we have decided to "reward" the theater of the test. We are aware of the ghostly event at the school in Ultra Sun and Ultra Moon, whose soundtrack is worthy of Akira Yamaoka. The reason why it is the… reason of the Affaroni Supermarket to place itself at the top is for a much more "adult" fear in its practicality that it manages to instill in the player. Specifically, let's talk about fear for hardware: Is it possible that the console speakers or our headphones have fried? No, it is only the music that decides to stop when it pleases: difficult to remain impassive with such a joke!

Now it's up to you to tell us yours: what else would you have expected from our top five? Let us know below, and as always don't forget to stay on techigames for all the most important news for gamers and more. For your purely gaming needs, you can instead find the best discounts in digital format on Instant Gaming.

Pokémon: the best features of each generation ❯

add a comment of Pokémon: the top 5 of the perfect moments for Halloween