Lucca Comics & Games 2021: all the info on how it will take place

The presentation conference of Lucca Comics & Games 2021 took place today, during which all the info on the event's development were revealed

To see the stars again. This is the slogan launched by the organizers of Lucca Comics & Games 2021 which, after the online ChanGes of 2020, returns to the presence for the joy of all. The North Star that will guide the Festival, scheduled from Friday 29 October to Monday 1 November, will in fact be the return to the relationship with the public. On the occasion of the 55th edition of the festival there will be a lot of publishers, exhibition and sales areas, meetings but above all guests. The conference was held today with all the information on how lucca & Comics 2021 will take place. Let's find out the details together!

A return with a bang

"It is a thrill to be able to announce the 2021 edition of Lucca Comics & Games in the presence" says the president of the Tuscany Region Eugenio Giani. Then he continues: "One of the most popular events at a national level and not only by young people and enthusiasts of the sector finally returns to animate the city of Lucca and to revive the warm relationship with its public which is the real nourishment of this festival" . The first part of the information conference on Lucca Comics & Games 2021 focused, in the name of enthusiasm and emotion, on Covid regulations and on returning to safety in presence.

This year, as expected, the Green Pass will be mandatory to access the fair and tickets can only be purchased online. Consequently, the usual bracelet necessary for entry will acquire even more importance, witnessing the possession of both the ticket and the green certification. The fair, as per tradition, will be held from October 29th to November XNUMXst. 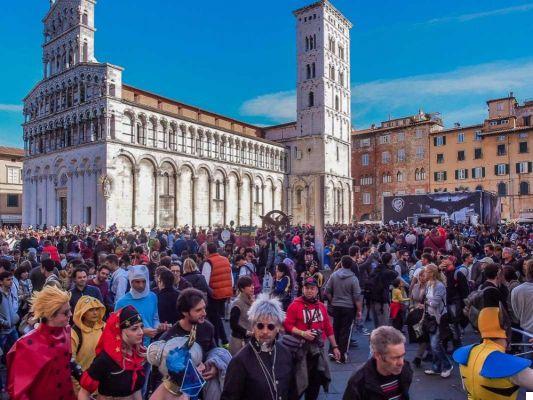 Dante's poetics - Lucca Comics & Games 2021: all the info on how it will take place

As the festival presentation poster suggests, this year the leitmotif will be Dante Alighieri's poetics. The link with the Supreme Poet will be the red thread that will also guide part of the cultural programming: in fact, there will be a series of events that will combine tradition and innovation, under the banner of new media. The meeting will see the involvement of Paolo Barbieri with Massimo Bray (general director of Tre Cani), Lina Bolzoni, (prof. Emeritus Scuola Normale Superiore), Eike Schmidt (director of the Uffizi Galleries in Florence) and many other guests. The President of the Tuscany Region, Eugenio Giani, will speak at the opening.

There is also space for the different pop interpretations: from the famous Inferno by Mickey Mouse by Guido Martina, to the search for images by Gabriele Dell'Otto accompanied by Franco Nembrini and Alessandro D'Avenia. And again Inferno: Dante's Guide to Hell, Dante's setting for the 5th edition of D&D. To follow, The Hour of the Damned by Luca Tarenzi, the second chapter of the fantasy trilogy set in the otherworldly realms of the Divine Comedy to be released in November with Giunti. 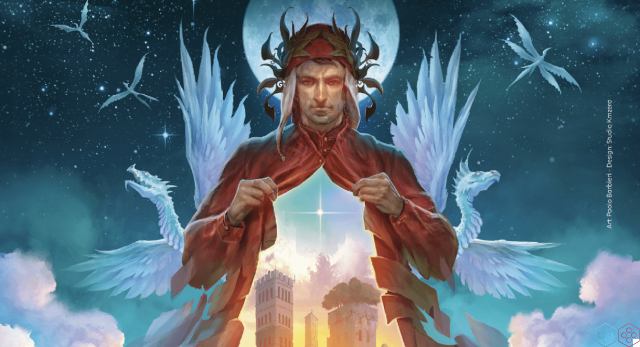 The San Francesco complex will host a new project: Rock 'n' Comics, the new format that combines music and comics. Through a series of performative interviews, famous artists will dialogue on themes triggered by images from the world of comics and illustration linked to his personal history. Among the characters involved we find Pau (frontman of Negrita) and Caparezza, a platinum-selling artist with a strong identity and character as well as a "failed cartoonist" who with his Museica tour has experimented with melodies and works of art.

They could not miss Lacuna Coil, the most famous Spanish gothic band in the world, the only one in Spain to have collaborated for the international launch of Batman World (as well as protagonist of a cover of Batman: Death Metal - Band Edition). Finally Shade: voice actor, freestyle champion and one of the most popular Spanish rappers among boys. A fan of comics, he lent his voice to Hashirama Senju in the Naruto Shippuden series. 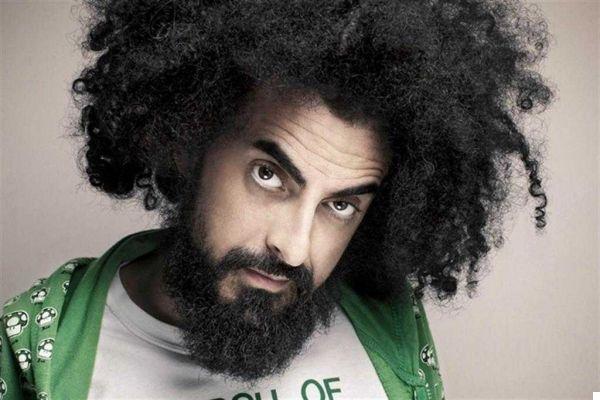 Lots of meat on the fire - Lucca Comics & Games 2021: all the info on how it will take place

In addition to what is listed, this 55th edition of the festival has a lot of other meat on the fire. Lucca Comics & Games 2021 will also mark the return of the great exhibitions that offer the public not only the best of the creativity of comics and the other languages ​​it deals with, but also want to make its own contribution to reflection on the great themes of our contemporaneity. Among the numerous guests we find Will Eisner, one of the greatest comic authors of all time, Teresa Radice and Stefano Turconi and Giacomo Bevilacqua, who became popular with the poetic humorous strip A Panda Likes. In closing, space also for the winner of the award for Best Newcomer at the 2020 Lucca Comics Awards Walter Leoni.

On the centenary of the transfer of the Unknown Soldier, a collaboration was born for the enhancement of national anniversaries to tell the recurrence through contemporary languages ​​and methods particularly suitable for younger generations. Then, to the delight of many, the Graphic Novel Theater trend returns with Zerocalcare, Leo Ortolani and many other artists. The show also returns with stands full of previews and exclusive products accompanied by the usual live shows. 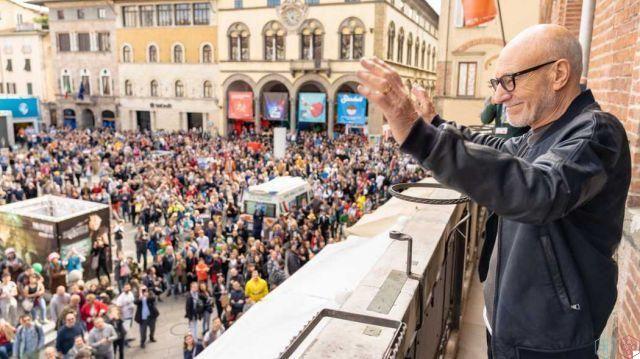 An opportunity not to be missed

These, friends, were the main information on Lucca Comics & Games 2021. We can't wait to participate in the event and we sincerely hope to “see the stars again” with you. As always, we greet you and invite you to stay connected on techigames for more news on the nerdy world and video games. Furthermore, as always, we remind you to consult the Instant Gaming catalog for always discounted games. Bye!

Metroid Dread: the previous titles to understand the story ❯

add a comment of Lucca Comics & Games 2021: all the info on how it will take place