Guide to board games: random, where chance reigns supreme

Simple but exciting games: they are the random ones, in which chance is the undisputed king. Here is the guide to random board games

Welcome and welcome to the third round of our board games guide! Today we consider a fundamental component, therandomness, that is chance, luck, what moves many games, regardless of the strategic ability of the player. Let's see some board games that completely focus their mechanics on chance.

Tokyo! | Guide to random board games

Tokyo is not commercialized, it is part of the "pub games" because a couple of dice are enough to challenge your group of friends.

At the beginning, a maximum amount of points to lose, or points to win or any other variable is established.

Each participant, in turn, challenges the next one (clockwise or counterclockwise, as desired). He rolls the two dice and checks the result, covering it from the rest of the group. At that point, he can declare the real value he has just read or bluff, this because the declared value must necessarily be equal to or greater than the previous one (apart from the first, of course).

If the challenged person accepts the declared value, he receives the dice without knowing if it was real and continues the game with the obligation to declare a value equal to or greater than the previous one. If he does not accept, the value is revealed. If the declared value corresponds to the real one, the challenged person loses one point; if it was a bluff, the one who threw the dice loses it. In case of "non-acceptance", it restarts from the lowest value.

Perudo, the pirate game | Guide to random board games 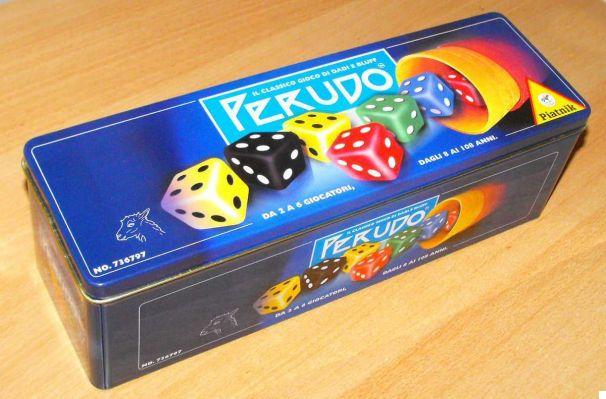 Perhaps invented by the 90th century Conquistadores, perhaps by pirates, Perudo, a game of dice and bluffing, was marketed in the XNUMXs.

After choosing who goes first, each player shakes the dice in his glass and then puts the same upside down, so as to see each one's own result hiding it from the others.

Whoever starts bids a value (from 1 to 6) and the amount of dice of that present value (among all those involved).

If you bid exactly, all dice in play are shown and there must be exactly that repeated value exactly in that quantity. If so, everyone loses one die; if not, the one who declared loses the die.

If you declare (normally), the next participant (e.g. clockwise) can accept or doubt. If he accepts, reroll the dice, declaring a higher value or a larger amount; if in doubt, all dice in play are shown and there must be almeno that declared value. If so, everyone loses one die; if not, the one who declared loses the die.

Various editions feature other mechanics and the presence of Jokers, but where have we seen this dice game before?

Nothing to say, the snakes and ladders e ladders and snakes they are the first ones that we face in life, simple, linear. Produced and reproduced in thousands of different and thematic versions (such as the Ocalimocho, Spanish drinking game), they are today among the most popular and memorable children's games. In education, they are useful for teaching counting (the dots on the dice), adding up (dice values ​​and advanced boxes) and training logic ("snake eyes means you roll again").

In 1580 Francesco I de 'Medici made a gift of the New and very delightful game of the goose to Philip II, King of Spain. It is possible that certain elements on the board have some connection with numerology. The goose is a lucky symbol, whoever stops on the goose square rolls again and, originally, whoever won got a goose as a prize. From the following century, the game of the goose became very popular throughout Europe (losing the goose as a prize).


Stairs and snakes it is less well known in Spain, having been born in Victorian England from the mind of John Jacques II, founder of the publishing house Jacques of London (founded in 1795, in business). Very similar in mechanics, with the addition of ladders, which allow you to climb from one square to another, and snakes, which lead back to the bottom. Ladders and snakes can also be used in education.

Ludo and Non t'arrabbiare | Guide to random board games 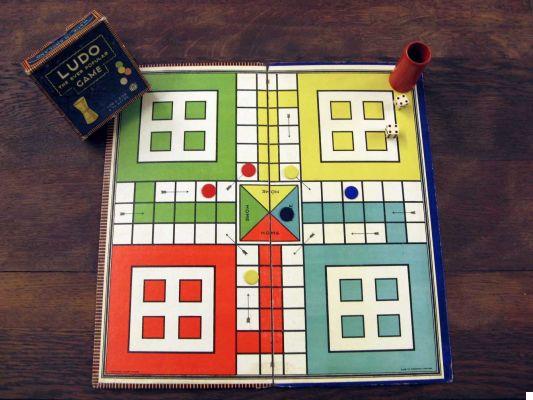 Ludo and Non t'arrabbiare are games of path and randomness.

Ludo was created by Jacques of London in 1896 while the German Non t'arrabbiare dates from 1907 from an idea by Josef Friedrich Schmidt who was inspired by Ludo himself and the Indian Pachisi.

In both games, each player has multiple pawns available to complete a spin on the board. The aim of the game is to make each of your pieces complete the entire path. Both games use similar mechanics, which are also present in some ancient games.

Impressions | Guide to random board games

The purely random board games are fun in childhood, but neglected from adolescence onwards (except Perudo for its gambling component). Undoubtedly, the games of another genre that maintain a random component are fascinating even in adulthood, but what the right percentage of randomness is is up to personal taste.

Board games guide: cooperative, all together against chance ❯

add a comment of Guide to board games: random, where chance reigns supreme