The long-awaited King's Bounty II is out on August 24th, and in the meantime the developers have shown a brand new gameplay: so let's see together the analysis of this game session, to see what awaits us.

Starting with the original title, released more than thirty years ago in 1990The saga King's Bounty he made part of the history of the medium. Although currently this name probably would not cause much fanfare in the mass audience, already starting from the first chapter we could see that mix of role-playing and turn-based strategy which still today is more unique than rare.

For many years we have not heard of it, but after a long wait the 1C Company development team confirmed the release of King's Bounty II, coming to PC, PS4, Xbox One and Nintendo Switch next August 24th. After briefly reviewing the history of the series, in this article we will make an analysis of the gameplay of King's Bounty II which was recently shown by the developers behind closed doors, so as to have a better idea of ​​what lies ahead.

The first King's Bounty was born thanks to a very important, almost legendary name of the videogame medium: Jon Van Caneghem. After giving life to the first two historical chapters of Might and Magic, among the various projects, the famous designer decided to devote himself to an adventure in which the role-playing game would meet the turn-based strategy. King's Bounty, released in 1990, is therefore in effect a precursor of the saga of Heroes of Might and Magic, also son of the genius of Caneghem, and whose first chapter was released in 1995. The ownership of Heroes of Might and Magic passed over time first to 3DO and then to Ubisoft, receiving over time various transformations that have distanced him from the soul of the original titles.

The rights to King's Bounty were instead acquired by Russian developers and publishers 1C Company, who released the highly acclaimed sequel called King's Bounty: The Legend. The appreciation from critics and the public was high, and over time they were published well four stand alone expansions that extended the life cycle of the title: the latest expansion, released in 2014, decreed the end of development for King's Bounty: The Legend. After several years of waiting, we will finally be able to get our hands, in a short time, on the new game announced almost 2 years ago: let's see below an analysis of the gameplay of King's Bounty II which was shown behind closed doors, so to be able to better understand the nature of the title. 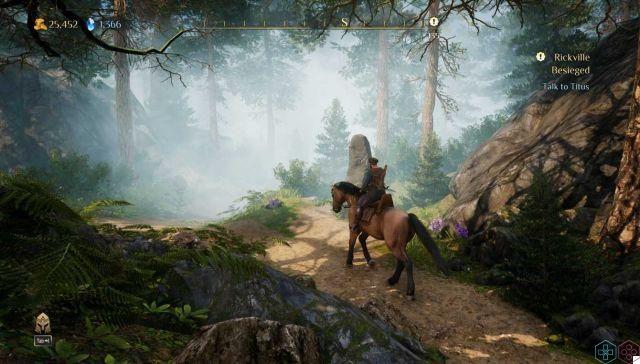 The sources of inspiration have been cited "Great modern epic fantasy adventures", such as Fable, Mass Effect or even Game of Thrones. In general, it has been repeatedly reiterated that the intention of the developers, with King's Bounty II, is to link a main story to the protagonists, made up of mysteries to be revealed and epic journeys to undertake. This element differs from previous chapters: before there was much more freedom of action, and the player didn't feel tied to the main quests. With this new chapter, however, it was decided to give greater importance to the main plot (making the experience much more cinematic), so as to be able to better follow today's standard of fantasy role-playing video games.

This story is set in Our, one of the continents of Antara. The region is plagued by one strange darkness, which is allowing various monsters to roam the countryside. Because of this, the continent is plunging into utter chaos: bandits haunt the streets outside the cities, counties are demanding independence, overseas nations have denied the King's authority over their territories, and various conspiracies are taking place. undermining the power of the crown. It will then be up to the player to investigate this darkness, and understand where does all this evil originate that is afflicting the region. 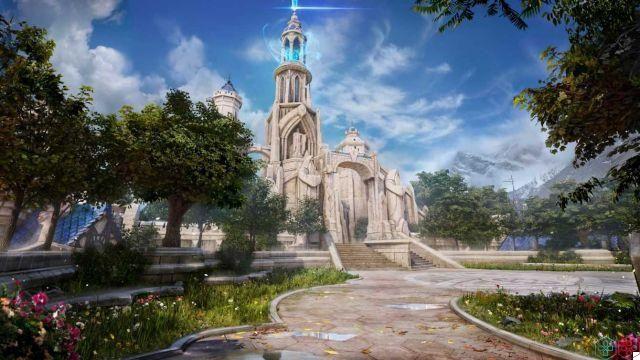 One of the focal points of the King's Bounty II gameplay video shown by the developers is the battles, of which we will now proceed to make the analysis. In the video, we start by first checking one of the protagonists, with a third-person view: we are in one of the main capitals of the game world, and we have to investigate a mysterious murder that took place in a house. Exploring the house, we see that a secret passage opens, through which we access the first dungeon: after advancing a little, our first battle will start.

The changes applied to the combat system will later be compared to the change that the series of XCOM: great historical strategy originally released in 1994, to modernize it with XCOM: Enemy Unknown in 2012 they had to change various fundamental aspects of the game, without losing the original soul of the series. In the case of King's Bounty, the battlefields are structured differently from all those seen previously: the battle in fact takes place in the exact same spaces that are seen in the open world, and everything will be completely in 3D, manageable via isometric tactical visual. 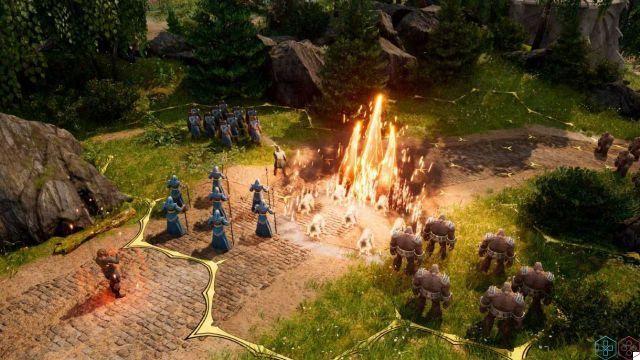 Another big difference is the number of units. If before we saw troops on the battlefield that mattered hundreds of units, in this case the numbers will be one very small order of magnitude. According to the developers, this choice was made to focus more on the tactical aspect of the battle.

We will have various troops of different natures at our disposal, and we will have the possibility to choose which among them to deploy on the battlefield based on various factors. Troops vary from ordinary soldiers to elementals who use magic, and each of them will have various stats that will need to be taken into account to best optimize efficiency in battle. It should also be noted that every single troop in combat gain experience, giving them a progression system that will be worth keeping an eye on. 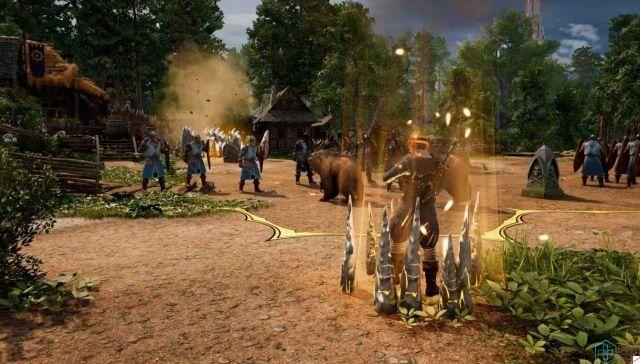 Comparing again with other games such as Mass Effect and Star Wars, reference was made to theirs systems of morality. In this case, however, they distanced themselves from those systems, in which there was a simple distinction between evil and good, through which the actions of the characters and the ending of the story were defined. King's Bounty in fact provides a very different system, based on the so-called four "Ideals".

After exiting the dungeon and taking a look at the open world map, we will meet two characters who will ask us to deliver the evidence on the murder that we found in the previous cave. Depending on who we choose, the level of one ideal of ours will increase over another. 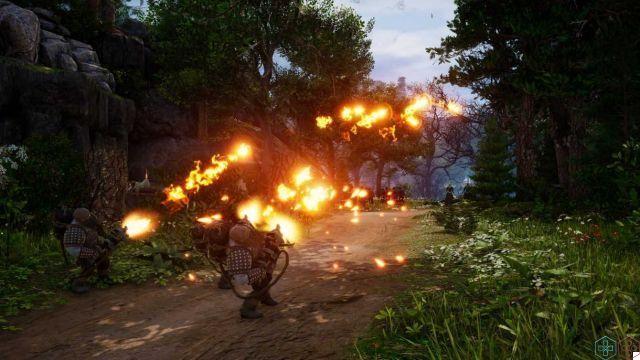 It was also explained that, in general, every action, every character with which we decide to interact it is aligned with a specific ideal: each of our choices will therefore lead to the development of an ideal rather than another, progressively unblocking us perk exclusive specials to that ideal (up to the latest unlockable skills that are very powerful).

Speaking of the final, the developers claimed that there will be no multiple endings: what, however, change based on our decisions is the whole part that is in the middle, that is the whole development of the plot, and therefore the way in which we will arrive at the end. 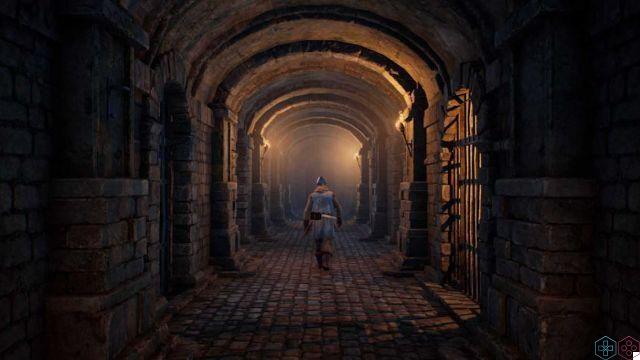 In short, for the first time we had the opportunity to carry out a detailed analysis on the gameplay and on the experience that will be King's Bounty II. Long-time fans, such as those who want to approach a title like this for the first time, will therefore be able to orient themselves to the purchase in a more precise way. As mentioned before, some will be present structural changes compared to the previous chapters, aimed at modernizing the King's Bounty experience: it is hoped that this will not end up distorting the saga, triggering that typical phenomenon of the web in which the "purists" of a work do not accept its subsequent reiterations because too much distant from the original. Clearly only time will be able to answer our doubts and uncertainties.

As mentioned before, King's Bounty II will be out next time 24 agosto per PC, PS4, Xbox One e Nintendo Switch. The developers also stated that they are working on a version for the next-gen, without yet providing an exit window. In the meantime, if you want to stay updated on all the most important news in the videogame sector, stay tuned to the pages of techigames. If you prefer to buy game keys at discounted prices, you can do so through our link to Instant Gaming.

Lost Judgment: the interview with the director of the game reveals curiosity and background on the development ❯