“TorinoXXL!”: A story of fantasy and censorship

Have you ever imagined making a Monopoly set in your city? A group of young people from Turin did it, it's called TorinoXXL!

Yes, Turin boasts the presence of a board game, based on the classic Monopoly, with a city theme, with streets, museums, stadiums and so on.. As such, it is easy to explain for those who already know Monopoli, it is accessible to any age and even having a large dashboard is XXL, indeed, TorinoXXL !.

A bit of history…

In 2017 SRL Torinopoli, creator of the board game of the same name, got involved with none other than Hasbro. Reason? The Torinopoli game was too similar to Monopoly, both for certain dynamics and for the suffix -poli. In order not to miss the nickname "bogia nen" which indicates the Piedmontese as typically stubborn and resolute, the boys of Torinopoli have closed production at the second edition (8500 boxes sold in 6 months) ... To then start again with TorinoXXL !, where XXL! it is precisely the censorship of –poli.

In reality, a similar episode had happened in a completely different area: in 2009 the slow / fast food restaurant chain of Rivoli (TO), Mac Bun (which means "only good" in Piedmontese) lost the case against McDonald's due to the similarity of the name. Since then the name written became M ** Bun

In any case, today only TorinoXXL! Is on the market, whose general rules follow those of Monopoli… But what characterizes the game, making it fun and special? 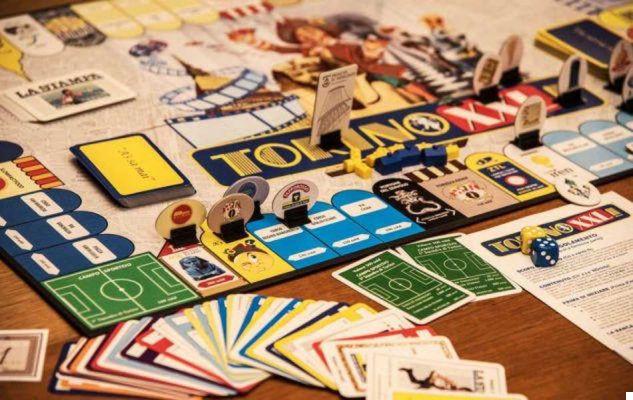 These elements and a bit of parochialism have created the success of TorinoXXL !, whose idea of ​​a "citizen monopoly" has been revived in Bolognando, a game dedicated to Bologna ...


And you? Do you know other territorial board games realities?

Villainous: The Board Game of Disney Villains ❯

add a comment of “TorinoXXL!”: A story of fantasy and censorship