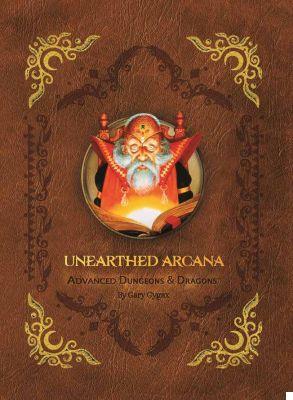 Wizards of The Coast has just released its new February Unearthed Arcana, let's discover the new subclasses of Bard, Cleric and Sorcerer

Like every month, Wizards of The Coast has released the new Unearthed Arcana from the official D&D website; this time he released a new bard college, a new domain for the clerics, and a new sorcerer origin for the sorcerer.

Narratively one of the most interesting and mystical Bard archetypes; in fact a bard of creation believes that the music and art are what allowed the multiverse to be created and channels this power, called "Song of Creation" through his performances. For this reason this bard has a strong interconnection with other planes of existence and other realities; we therefore recommend playing it in high-fantasy settings.

Mechanically, however, the class has not convinced us if not for the third level privilege. Note of Potential in fact provides secondary effects to our bardic inspiration that allow us to be even more versatile. The sixth level privilege, on the other hand, allows us to have a personal version of the spell animate objects. Perhaps this is the least exciting privilege as this spell is already part of the bard's list and despite the exclusive effects it is not so convincing. Finally, the last privilege provided is Performance of Creation which allows us to create an object, including weapons and armor. It could have been done better. Overall a very strong and interesting thematically archetype for roleplay but that did not thrill us in terms of game mechanics.

The dominion present in this Unearthed Arcana is associated with those deities who favor the bonds between people, especially those of brotherhood and camaraderie. Clerics who choose this domain they play the role of protectori, in fact some mechanics at the base are similar to the abjurator wizard.


Interesting is the Emboldening Bond top-level feature, an enhanced version of the Blessing spell that lasts 1 hour and requires no concentration. Have an extra 1d4 once per turn on a saving throw or attack roll? Not bad. All the other privileges of the domain are linked to Emboldening Bond, it is in fact possible to share the damages with your allies with the second level privilege; while with that of the sixth it is possible to make a creature gain resistance to damage when another suffers damage. The synergy between these two privileges is evident. Finally, the last ability you get allows the two partners who share the bond to power up and heal each other when one of them is reduced to 0 hit points. It can be useful because it allows the cleric to shift attention (and his spell slots) to fewer party members.

The arcane power of this sorcerer comes from the plane of Mechanus, a plane where order and balance are sought and persevered. Singular theme, for a class that is usually associated with magical chaos and innate power that makes sorcerers unwilling to follow rules and laws.

As for the mechanics, this archetype provides some interesting privileges, including the first level Restore Balance; which allows us to take away the disadvantage of one of our allies and cancel the advantage of one of our enemies. Buff and Debuff in one privilege already at the first level. It promises very well.
Bulwark of Law at sixth level is an alternate version of the wizard's Arcane Ward based on sorcery points; while the last two privileges are the real spearheads of the archetype. In fact, Trance of Order allows you to consider orevery d20 roll below 10 as 10 (including attacks and save). Also, as if that wasn't enough, enemies don't have an advantage in attacking you. Finally, the latest feature Clockwork Cavalcade allows you to heal 100 hit points divided as you wish, repair any object or cancel a spell up to sixth level. Useful and versatile. THEDefinitively, this archetype is to be considered the best of the three, beautiful both in terms of themes and game mechanics; made us want to play it.

Is it easy to win in Monopoli? We will explain it to you ❯

add a comment of Unearthed Arcana: New archetypes for bards, clerics and sorcerers