In the past few hours, Sony has kicked off the new PS VR Spotlight digital event, with lots of announcements and seven new VR games coming this summer

In the past few hours, through a press release, Sony announced to the journalistic world that it has kicked off the new digital event PS VR Spotlight, completely dedicated to the Virtual Reality peripheral. In reality, the event was not really canonical and it was not a real conference or presentation. Sony has decided, in this instance, to make everything even faster by preferring the publication, with an interval of thirty minutes between one and the other, of the trailers of the seven VR games close to release. In fact, almost all of them will arrive within this summer.

Sony also wanted to specify, before starting, that there would be no announcements or news on the next generation of the PlayStation VR. The seven announcements are therefore all linked to the Virtual Reality of PlayStation 4 and, at the end of the day, it also seems quite obvious to us that this is the case. When the company decides to tell us about the new viewer, it certainly won't do it quietly. That said, let's see all the announcements regarding yesterday's PS VR Spotlight together! 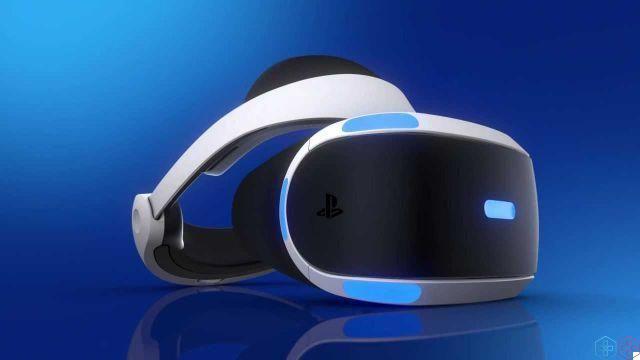 The first title of the seven trailers revealed by Sony is Arashi: Castles of Sin. Developed by Endeavor One, the game appears to be a first-person "ninja-simulator", based on Stealth elements, in which we will have to take on the role of Kenshiro, a Shinobi seeking revenge. The game will be available fromsummer 2021.

Subsequently, it arrived Puzzle Bobble 3D: Vacation Odissey, a title we don't think needs any introduction. The title will be also available on PlayStation 5 and will challenge you with 100 different puzzles and three game modes. The title is expected during the 2021, but Sony has not revealed further information on a possible launch window.

Winds and Leaves is a particular video game developed by TREBUCHET devoted to environmental issues. In this management-sandbox, we will play the role of a gardener intent on reviving a desert area with the use of increasingly complex and advanced tools. The game will be available for PlayStation VR starting in 27 July 2021.

The fourth title in yesterday's announcement of the PS VR Spotlight is After the Fall, which diverges heavily from those presented up to now, throwing us arrogantly into the purest action. Post-apocalyptic and aimed at co-op survival for up to four players, the title developed by Vertigo Games it throws us into a devastated world where humanity is forced to live underground. Our aim will be to make our way through hordes and hordes of enemies to try to return to the surface. The game will be available fromsummer 2021.

Let's move on to a completely different action with Fracked, another FPS that, however, unlike many other VR titles, it will not be on tracks. You will then be completely free to move around the scenarios and use the immense arsenal at your disposal to spread lead in the air and defeat your enemies. The game will always be available from this summer.

Let's go from action games to graphic adventures with Wanderer, developed by M Theory and Oddboy. The title is particular not only in terms of atmosphere, because it will allow us to time travel and influence some important events in human history, allowing us to live "what if". "What would have happened if ...?" The adventure that we will live in The Wanderer will put us in front of some puzzles set in various historical contexts, from the most past to recent eras, and from the premises it seems perhaps the most interesting title presented yesterday. The game will be available at starting this summer.

Last, but definitely not least, it has arrived Sniper Elite VR. Not that we need a particular presentation, but let's spend a few words in closing also on the new chapter of the Rebellion series. The game transports us to 1943 and will allow us to experience 18 different missions which, as always, require exclusively precision and stealth to be completed. The title has been completely rebuilt to be translated for Virtual Reality and will be available from8 July 2021.

Here ends the list of announcements related to the PS VR Spotlight of yesterday. Seven games, some of which really seem to be very interesting, starting with The Wanderer which has a particularly ingenious idea behind it. Stay tuned with us at techigames for all the news, guides and reviews on videogame and tech! And if you are interested in game keys at affordable prices, we recommend that you take a look at the InstantGaming catalog!

add a comment of PS VR Spotlight: All Sony Updates and Announcements!