Monopoly Animal Crossing arrives: the homage of the most played and loved boxed game in history to the well-known Nintendo life simulator

He is 86 years old, but he doesn't look them at all. And from 1935 to today, well over 1 billion people have enjoyed playing it, so much so that it has become the most loved board game by families all over the world. And the Monopoly, a global pop icon that has practically conquered many fields, from cinema to design. After all, who hasn't heard at least once in their life “go to prison without going through the Via!”? With well over 350 million boxes sold, it boasts at least 500 different versions.

Among these, the one dedicated to the must-have videogame of the last year could not be missing, which conquered everyone and attracted the attention of even the United States President Joe Biden, who decided to campaign within the game: a choice that undoubtedly brought him luck, as well as the favor of the new generations who love gaming in all its forms. And the special edition Monopoly Animal Crossing is dedicated to them, to the over 30 million fans of the life simulator videogame par excellence Nintendo.

The wait is sky high, but now it's finally official: there are still a few months left and then, from September, it will also arrive in Spain and will be available virtually everywhere. The real fans, the most impatient, will be able to calm the hype thanks to the preoder already available on Amazon. In a very short time, therefore, virtual fun will become real: all Monopoly fans who dream of giving up everything and starting a new life on a desert island to be customized, will now be able to do it thanks to the Monopoly Animal Crossing edition. Instead of buying properties and paying rent, players will discover islands and collect insects, fish, fossils and fruit. The typical resources drawn from the video game can then be sold to obtain Little stars, the Animal Crossing currency that replaces the classic Monopoly banknotes. Thanks to them it will be possible to go shopping in the Nook's workshop, buying your favorite decorations to earn precious money Miles of Nook: in fact, the player who will have the most at the end of the game wins. 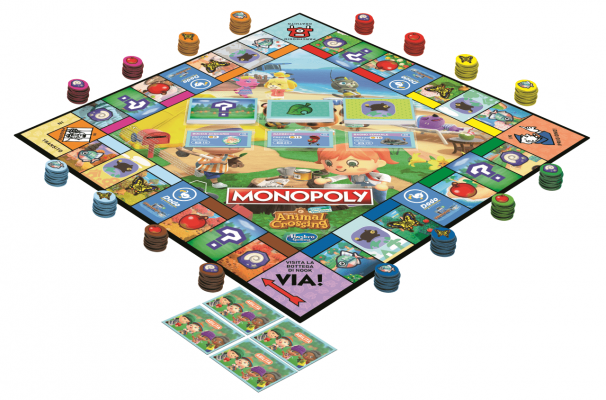 To make life even more lively and fun on the islands of the themed board, there will be cards Unexpected and Miles of Nook, which will allow you to withdraw additional Stars from the Bank, transform resources into Miles of Nook and talk to some inhabitants of the island. But caution: you could also accrue a debt with the Bank or even lose Nook Miles! To make life a little easier, however, they think about it Skill cards, only one for each player, which will allow you to collect or sell extra resources to get more Stars. What if the Free Parking and In Jail boxes! remain unchanged, the novelty will be the one dedicated to Dodo Airlines, the Airline of Animal Crossing: once here it is possible to fly to any island on the board. Finally, in addition to the custom dice, Also pawns they will be nice replicas of the inhabitants of the Animal Crossing island.

add a comment of Monopoly: the Animal Crossing version is here!