Yestermorrow tries to be an artistically and technically inspired platform, resulting in failure in most of the initial premises: let's discover together, with our review, why the title of Bitmap Galaxy could have been much more

When Celeste hit the gaming market in 2018, it was clear how mature the independent industry was and ready to hit the shelves around the world. Matt Makes Games' title was a bolt from the blue for lovers of complex, articulate, but not frustrating platformers. Madeline's story has struck everyone who has been lucky enough to follow her in the same way: deep inside, in that corner of heart you didn't think you had. Celeste had a resounding success, among audiences and critics, which also led him to win the award for best indie video game in The Game Awards 2018.

Yestermorrow is also born from the same feeling of Celeste, unfortunately departing from it in a pre-eminent way. Especially from the point of view of the actual final quality. Yestermorrow was born from the hands of Bitmap Galaxy and is published by Blowfish Studios on PC, Xbox One, PlayStation 4, Nintendo Switch and Google Stadia. Our test took place (unfortunately) on Nintendo's hybrid console. We explain why, in every aspect, the title of Bitmap Galaxy necessarily had to be filed more, before being given to the general public. Welcome to the Yestermorrow review!

The journey of Yui, the protagonist of Yestermorrow, begins in a truly classic and unoriginal way. His village, on the evening of a recurring party, the Festival of Light, is attacked by the Shadows. The girl loses everything: her village, her father and self-confidence. Yui has grown up, the world is submerged in darkness and despair, and the young woman discovers something exceptional: she is able to travel through time. This will begin a difficult journey, not very long, but definitely full of emotions. Yui's story is simple and starts from trivial premises, that's for sure, but going through it with her will give bittersweet emotions throughout its duration.


The world of Yestermorrow is also full of collectibles that tell the lore of the game world. Which would also be profoundly interesting, because it covers both the missing years for the player (those that have passed between the disaster of the Festival of Light and Yui's "future") and the entire history of the narrative universe. The problem is that they are real walls of text that, we assure you, you will stop reading after you have found the first ten. We are not at a narrative level that can make reading hours of texts interesting, come on. We streamline. An extra point for all the animals that we can find scattered in the maps and that Yui can pet: dogs, cats, there is something for everyone. 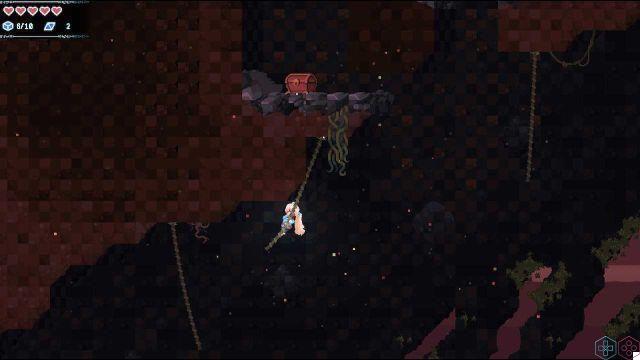 Yui's ability to travel between the past and the future inevitably becomes a gameplay mechanic, which we will unlock in the very first hours of the game. At certain points, in fact, we can make the girl jump forward or backward in time, even if in the same place. This will allow her to activate certain switches, unlock areas, and interact differently with her surroundings depending on when she is. A decidedly interesting mechanic and on which the production focuses, but which has been implemented all too basically. It is therefore not exploited properly and, during the hours of play, it will always and constantly be the same. No creative or level design flashes, therefore, just going back and forth to find what to do and continue.

Another power that Yui will learn to master is that of Everlight, a light that will guarantee her, as she continues in her adventure, many different abilities. From unlocking doors and platforms through the use of special fragments of light, to using a light bomb to chase away the Shadows and the fateful double jump and so on. A stylistic choice that gives a good sense of progression, even if some skills seem to come really too late. And yes, let's talk about the double jump. 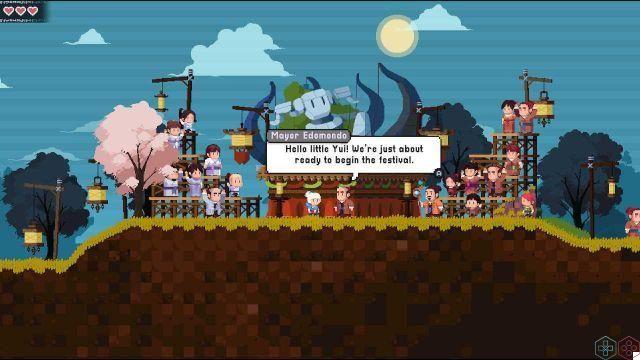 Yestermorrow seems to be, in the early hours of the game, a more than enough platform game with some creative flicker here and there. Continuing, however, you will soon realize that all you will do is spin like tops on ever-changing maps (even if only for color and general aesthetics), trying not to die for the dozens of creatures scattered on the ground and in the air and looking for that damned crossroads that you jumped a few meters before.

In some moments, the sense of frustration reaches the stars. In the very first hours of the game, for example, even just getting out of the water is bored by the inaccuracy of the title commands. Good, however, the management of the bossfight: all different from each other and based on the mechanics until then unlocked. Except that, even in this case, the commands will make you die again and again. A few more foresight, a few more exploited ideas and a pinch of additional production time would have been enough to make it rise above the sufficiency. We come, however, to the crucial point. 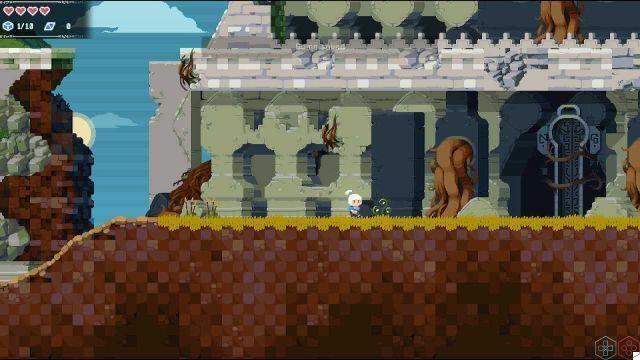 Houston we have a problem! - Yestermorrow review: a terrible missed opportunity

If this were not enough, in fact, the version of Yestermorrow on Nintendo Switch is beset by technical problems so heavy that, very often, the title is almost unplayable. Frame rates rarely manage to hit 30fps, with dizzying dips to the bottom in some situations making Yestermorrow much like a photo album. A deficit so serious that it made us, in various situations, mistake the timing for jumps and rolls. To then inevitably make us die and start over at the checkpoint, of course.

In addition, there is a recurring graphical glitch for which some will appear on the screen strobe light beams that the Pokémon Porygon episode is nothing compared to. Be careful if you have problems with these types of effects. Initially we thought it was something unique in a certain initial area, which would also have been acceptable given the low budget of the production. The reiteration of the same, however, makes us doubt the quality control of the Nintendo Switch version of Yestermorrow. We do not know if the same problems are also present on the other platforms. Below is a short clip explaining the graphic glitch that we do not recommend you to watch if you have problems with stroboscopic lighting effects.

What a pity… - Yestermorrow review: a terrible missed opportunity

All this is a bit of a shame, considering that aesthetically speaking Yestermorrow is also appreciable. The graphics aren't exactly pixel art, although the final effect is pretty much the same. The animations and effects are very well done. The incessant moving of the water and the swaying of Yui's hair with each jump underline the love with which the title was created. The soundtrack is also well made and accompanies every scene well, although some tracks are excessively reproduced. Such a pity.

A shame because the potential is there, and how. Just look at the difficulty peaks you reach from the various Trials arranged around the maps, which if completed will guarantee you fragments of heart to increase your maximum health. The ideas and the heart in producing were there and we hope that Bitmap Galaxy will take inspiration from this stumbling block and do better for the future. 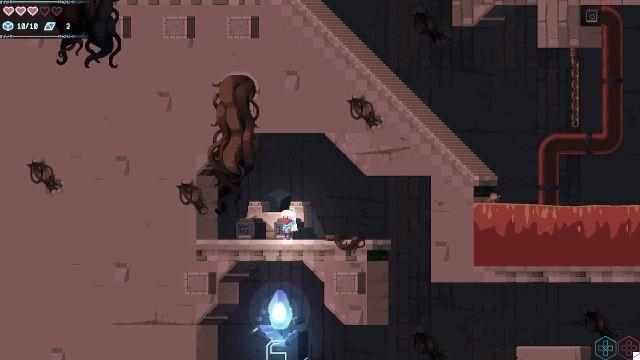 In conclusion… a wasted opportunity!

Yestermorrow is, to all intents and purposes, an unfinished work. The good basic ideas are there, even if they are not all that innovative, but they seem to have been taken and put there to ferment on their own. More time and more work would have been enough to make them grow and develop in a way that is certainly not excellent, but more than discreet. Too bad because we are there on an aesthetic level: the world is full of colors (warm or cold depending on whether we are in the past or in the future), the animations are detailed and graphically speaking the title is pleasant. The terrible technical defects, however, undermine both the aesthetic and the purely gameplay performance making Yestermorrow simply frustrating.

4.8 What a missed opportunity!

add a comment of Yestermorrow review: a terrible missed opportunity