Xuan Yuan returns with a new chapter, a series based on the mythology and history of ancient China. Let's find out about Xuan Yuan Sword 7 in this review

By now the souls like genre has radiated far beyond the West. Many titles, including recent ones, are using this formula for their gameplay. Even the historical Chinese series Xuan Yuan seems to want to focus on this paradigm. In the new, seventh chapter coming out, they are in fact mixed history, mythology and fantasy with a play area that pays homage to the gameplay of FromSoftware titles. Let's go and discover the new action rpg together Xuan Yuan Sword 7 in our review.

The game is set in the ancient China, in the transition period between the dynasty He e Ask for, happened with the new regency of the emperor Wang Mang | One day he was unearthed from the tomb of the legendary Marquis of Liu, a mysterious man bamboo roll. The latter was promptly brought by the astrologer court because of the numerous legends and superstitions catastrophic linked to the predictions of the scroll itself. The same night, a fire in the village of the astrologer who caused death and devastation. Our young protagonist managed to save himself in the fire, Taishi Zhao and her baby little sister. Several years later, Zhao became a young warrior cacciatore and earns a living thanks to donations from the citizens asking for help in freeing theirs villages from monsters.

The rediscovery of the roll ancient is closely linked with nature fantasy of the title. In time passed by the terrible fire, the population Chinese (mostly peasant) had to suffer beyond the consequences of poverty, even the appearance of terrible demons, undead creatures and other monsters born of an ancient force supernatural. The purpose of the protagonist, and of his sister, is to investigate these phenomenon making his way among warriors imperial, simple peasants e creature fantastic and dangerous.

The title therefore moves between a fantasy context and a more realistic one e historical. The plot also gives space to the most classic topos of Chinese fiction: conspiracies, drama, politics and tender love stories. Let's go now to discover the rest of the game in this one review di Xuan Yuan Sword 7. 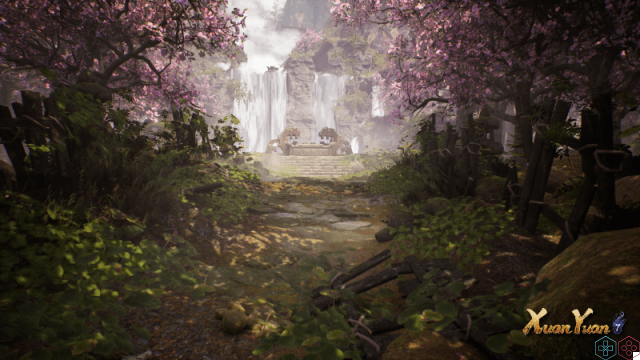 With the sixth, but above all with this one seventh chapter, the series has decided to veer towards a more dynamic approach and contemporary. This Xuan Yuan 7 is in effect a pure action rpg. Developers SoftStar they wanted to play a little with the playful mixture by inserting, in addition to the usual dynamics of rpg, also sections of various types. In addition to combat, exploration and management of menu (inventory, skills, etc.) there are many sections of environmental interaction present in the game, such as climbing, or puzzles environmental e quick time event. The core gameplay is however made up of the combat.

This, clearly inspired souls, it is sufficiently varied. We have attacks simple mixed with attacks heavy which can give different results depending on the “stance” equipped in the appropriate menu. From the stance of the wolf to that of the bear, we can go to stunnare simply enemies or unleash a area attack powerful. In combat there is no shortage of dodges, as well as parades and loved ones perry.

Important is the contribution given by supporting actors. By pressing the square cross and triangle buttons we can call back the different ones skills, much of our little sister Taishi Xiang, how much of the fighter Chu Hong. Finally, there is an item called in the menu Elysium, here we can use alchemy by constructing and enhancing some portals through the loot collected. 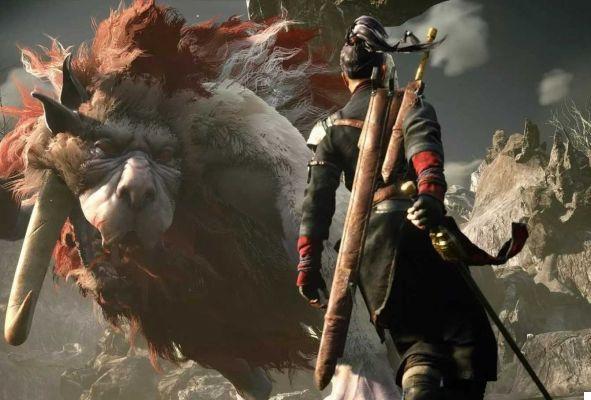 Admittedly, the level design of Xuan Yuan 7 certainly does not scream miracle. The adventures by Taishi Zhao, far from how anyone claimed to be comparable to the series The Witcher, take place in maps and levels entirely anonymous. The structure is that of a Metroidvania and the design of the maps is narrow and linear (a bit like Final Fantasy XIII). Beyond the aesthetic impact with verdant forests, remote villages and dark caves, you often get the feeling of claustrophobia and loss of orientation. Scattered here and there are several stations dedicated to teleportation, that allow you to reach other maps for example if we want to tackle some secondary mission (like Chinese chess, really fun and challenging).

La progression and the rhythm of the game is divided into long parts exploratory with some interactions with i pg, interrupted by children puzzles avoidable environmental e fighting which soon lead to boss or mini boss. Speaking of bosses, these perhaps represent the part top of the title. Always everyone different e monstrous, each with a different moveset will make the player engage in long fights, but never difficult until the end. Theirs design immediately recalls, unlike the basic monsters, i classical boss of the Souls series. But let's move on to the technical aspect. 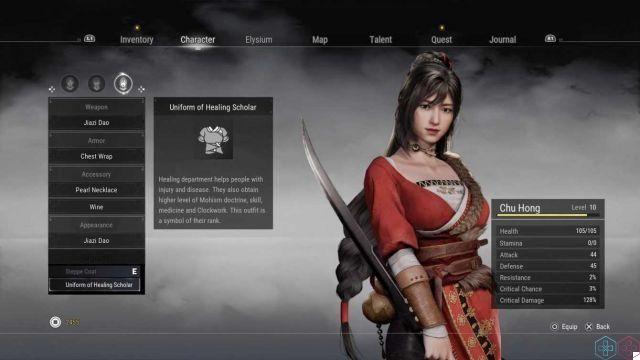 From the side technical, no particular innovative ideas are noticed. The game engine seems to come directly from two past generations. Leaving aside the polygonal level and the good management oflighting, in general it is felt that the production level it is not from AAA. Another not exactly exciting note, i turned some characters are expressionless and do not do justice to the tumultuous inner events of the protagonists.

The whole given by a level design little inspired and the flatness and sense of already seen by many settings make the game nice to play but a little less da to watch. As well as the animations of Taishi Zhao, at times snapped and at times slow. The sector is good sonoro instead, with very inspired music. There is no Spanish adaptation, the game features subtitles in English. 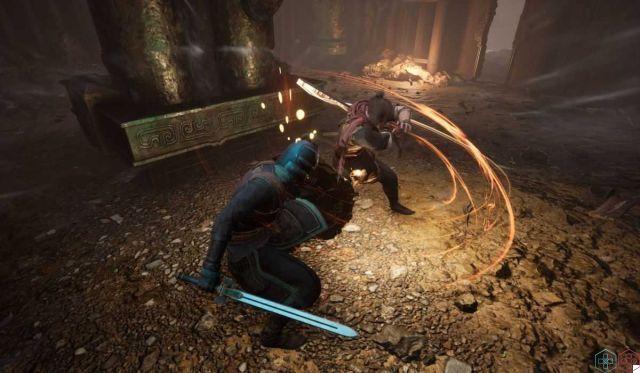 Between ancient superstitions and brave heroes

To sum up, the title tries to stand out from others action rpg wanting to propose a gameplay varied. However, the only positive notes are found in the combat system easy to approach, in the boss fight highly spectacular and in some secondary missions carina like chess. On the contrary, there are many elements concerning both the gameplay that the progression that are not up to it. To begin with, there is no race, which makes browsing the maps often frustrating. In addition, the game sections with quick time event break the immersion and border on the disastrous how they are used.

There are also several tedious sections in which the player does not have to do is walk forward the character with the pressure of theanalog. Back to the fight, derivative from the souls series, it presents a good command scheme, although it fails to return the right feedback with the weapon making it all a little dish. Leaving aside the role-playing aspect, sufficient and which allows develop a minimum of your own character, follow the events of the two brothers and discover the fate of the empire and of its inhabitants it is perhaps the only one reason to play Xuan Yuan 7. If you liked this review di Xuan Yuan Sword 7, let us know in the comments.

To buy securities in Discount, go to our Instant Gaming link! For more reviews and insights, follow techigames pages.

6.7 An action rpg reserved for lovers of Chinese mythology

Yakuza review: Like a Dragon, the birth of a new hero ❯