WRC 9, the rally game par excellence, also lands on the new generation consoles. Let's find out together the brand new WRC 9 for Xbox Series X and S in its next gen version in this review

Like every year, the new episode of the Nacon franchise peeps in the autumn, but with numerous news from his. First of all, its nature cross-gen, being the first chapter of the new Nacon management to come out between two consoles. The only officially licensed World Rally Championship rally game in the world comes then on Xbox Series X ed S, after a couple of months from its debut for consoles of the now almost old generation. Let's find out together, in our review, this next gen version of WRC 9 per Xbox Series X ed S!

Since when Kt racing took over the WRC franchise (in 2015) significant strides were made in the development of the series. Already for the consoles of the current (almost old, now) generation, WRC 9 has soddisfatto the palate of enthusiasts. On the new consoles, in particular Xbox Series X and S, we find a pleasant reconfirmation, both for better and for worse. WRC 9 doesn't change anything we saw in the previous chapter, but it does resumes and improves mechanics and features. The modalities remain the same as in the previous episode, with the seasons to be played as one of the real drivers of the World Rally Championship among the 52 team different in the categories of cars available.

In the PS4 and Xbox One version of the game, three new competitions had been added, namely rallies of Kenya, Japan and New Zealand. In addition to these, in the next gen version we find six new stages for the Rally of Finland and a new WRC driver (Kiwi Hayden Paddon with his co-pilot John Kennard). Also, a brand new one is available Photo mode, which allows you to capture the best moments of your races.

Speaking of modes, they do not find substantial changes compared to last year's game. Just like with its predecessor, in fact, the heart of WRC 9 remains the Career mode. This is the one that has undergone some more evident tweaks, in line with the policy adapted in recent years in terms of improvements, seeing tweaks here and there on the "managerial" aspect of the experience. Even on the multiplayer modes there are some juicy new features that improve the overall experience of the game and unofficially open up to eSports.

Nacon has in fact confirmed a series of competitions that will arrive in the course of 2021, implementing new challenges and goals to increase our player score. In addition, a Club feature has been implemented, where you can create championships and challenge other drivers online. A sort of Mario Maker but with cars and mud. Really cute. 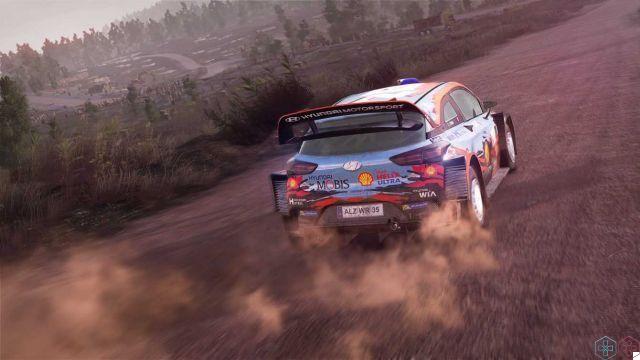 The gameplay of WRC 9 is certainly the aspect that has benefited the most from the generational change. Let's start by saying that pad in hand you have the feeling of a game fully on the simulation side, as it should be. The power of the new consoles has made it possible to bring the level of simulation to a very high point, with the individual components of the cars to affect the race. This year, in particular, you need to take full account of tire degradation, damage to the car and weather conditions, because everything will affect your performance in different ways. Also, by disabling the CPU-managed controls, then switching to the manual ones, the game changes completely becoming a really fun experience, although the degree of difficulty remains high.


In this regard, the advantage of playing WRC 9 with the steering and pedals rather than with the pad is evident, especially in the most hectic sessions, where the car is still a little too understeer or swerves a little more. than due. Learning to use braking and drifting immediately, as it should be, is essential in order not to quit the game after a few hours and cause frustration. The only really negative note in the gameplay factor, the practically zero difference between the cars of category 2 and 3, which are practically the same to drive and manage despite the difference in displacement. 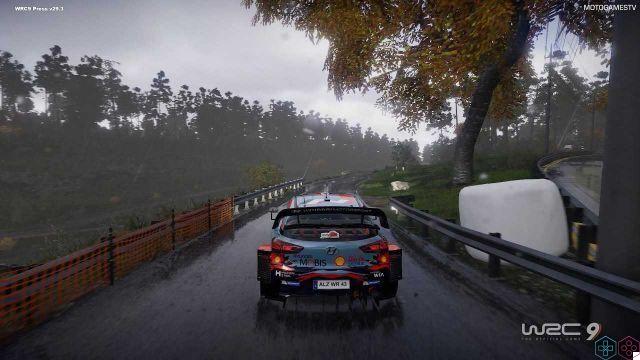 Traditionally, the WRC series has never disappointed from a graphical and technical point of view. With the advent of this new generation, the situation improves further thanks to the power of the new consoles. Drivers, cars and tracks have been reproduced with good attention to detail, showing extremely high quality greater both compared to the previous chapter of the series, and to the version of WRC 9 for Ps4 and Xbox One. The cars in particular offer a truly faithful re-modeling, as well as a greater feel of solidity.

Next-generation graphics hardware completes the picture with ray tracing. The lighting of the scene, the shadows, refractions and reflections of the surrounding world on the car are beautiful to see, and give back really credible plays of light also based on weather conditions and time. Similarly, particle effects complete the scene properly, with terrains reacting well to passing cars and atmospheric conditions rendered fairly faithfully. If we then count that the whole is rendered at a resolution of 4K with 60FPS stable, there is not much more to say. Really great work. 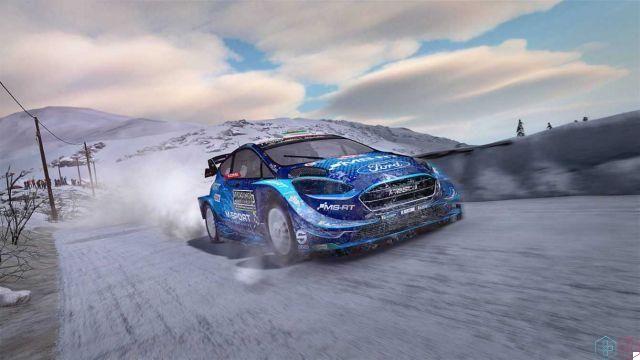 WRC 9 presents itself as a must-try game for all four-wheel enthusiasts. Although the game carries with it some deep-rooted flaws of the series, the finishing work carried out by KT Racing it was truly remarkable. The news (albeit moderate) is not lacking, and the gameplay is decidedly more realistic than in the previous chapters, returning a convincing simulation. Furthermore, the game takes advantage of the hardware of the new consoles in a convincing way, with a well exploited ray tracing and careful handling of car components. Some congenital defects of the series remain, such as the car in some situations too "tied" to the tracks of the track or in others too unstable. Furthermore, those who play with the pad see themselves really too penalized compared to those who play with the steering wheel and pedals. The price is that of the new gen games, so don't expect discounts or gifts from Nacon. If you are passionate, however, this new WRC is absolutely worth a chance.

Well friends, this was our next gen review of WRC 9 for Xbox Series X and S! We hope to have given you a more complete overview of the game, as always we greet you and invite you to stay connected on techigames for more reviews, guides and much more from the world of video games. Bye!

add a comment of WRC 9 review for Xbox Series X / S, the rally becomes next gen!