WRC 9 review: a race in nature

Punctual as a Swiss watch, here is WRC 9, the ninth chapter of the popular racing series developed by Kylotonn, let's see how it fares in this review

The world of racing games has always been one of the most prosperous in the entire industry. The market has titles for all needs, be it the more casual user or the simulation racing enthusiast. The rally environment, in this sense, represents a real gold mine for developers, as we will see in the WRC 9 review, the last chapter of the popular series that began way back in 2001 for the guys of Evolution Studios and passed, after many vicissitudes, to the French of Kylotonn.

It is always difficult to innovate a product that must necessarily comply with certain pre-established methods. Moreover, these are works with limited possibilities in terms of playful offer. This shouldn't be misleading, though: the kids from Kylotonn were able to vary the experience just enough to satisfy even those who do not live in the racing world and are approaching this type of products for the first time.

The WRC series has always had a very complex history. Over the years the series has seen numerous developers at the reins of the project. Started in 2001 with the English of Evolution Studios, it then received an abrupt interruption until 2010. From that year onwards it was the Spanish Milestone to publish four new chapters. Since 2015, however, it is the guys from Kylotonn, based in France, who have pushed the car forward and already from next year Codemasters will take care of the next games.

Just like the world of rallying, in short, WRC is a series with a decidedly international flavor. The ninth chapter proposes to the player to live the career of a budding driver who will have to make his way to the sound of drifting in a very competitive environment. In addition to this, of course, there are other modes with a more immediate use, such as, above all, the online mode. In short, the package is definitely complete. But will it also be fun?


Let's find out in this WRC 9 review if the development team managed to hold up the banner of the series. 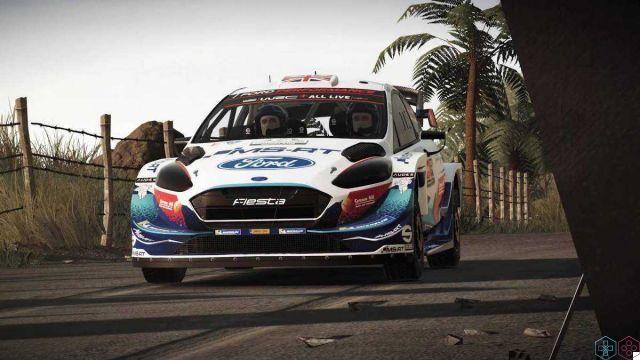 The single player mode of WRC 9, as we will see in this review, is quite full-bodied. The developers haven't introduced a lot of new features compared to the past, limiting himself to making some minor additions in purely quantitative terms. The world championship is back, with the addition of slopes in Kenya, Japan and New Zealand (As you know, no competitions were held this year due to the ongoing pandemic). We have not registered any particular news: all categories are present, from the premier class, passing through WRC 2 and 3 and obviously WRC Junior.

There are some minor modalities, such as the Challenges, some tests to be overcome in specific conditions, mostly temporal, and the ways in which to practice with the driving model, that is the Test Area and the Training. The main focus of the single player, however, is the Career mode. It does not bring substantial changes and plans to compete with our driver, starting from the WRC Junior category up to the highest levels of competition. Its peculiarity consists in a substantial management section in which we will have to make some very important decisions regarding our team and our schedule.

The Career mode is marked on the basis of weeks during which we will have to choose the activities to be carried out, whether it's competing in extreme weather conditions, or participating in a rally. We will be able to decide which types of technicians to hire in the team based on their characteristics and sometimes we will have to respect certain conditions imposed by our team. The success of the races in which we take part will affect the morale of our team and our relations with the business partner. The cyclical repetition of events makes Career mode particularly addicting, also thanks to the possibility of unlocking new personal skills for our pilot. Progressing to the top ranks in the rally world is very satisfying and will delight fans. 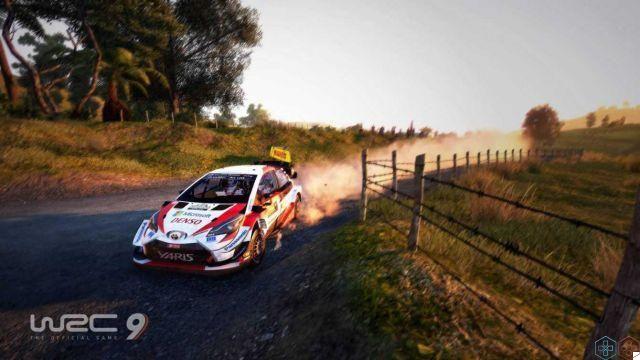 When switching to the WRC 9 driving model, it is good to specify that we are not dealing with a fully simulation title. Kylotonn's product allows for a few turns towards the arcade, especially as regards the impact of the machine with obstacles and the consequent overturns. WRC 9 allows you to get back on track after accidents that in reality would be fatal, e the simulation of the damages is however permissive towards the most reckless players.

The physics of the car, however, are more than fair, especially when we find ourselves driving in adverse conditions or with the car heavily damaged. It is in these situations that WRC 9 becomes particularly fun, as it forces us to carefully weigh every thrust on the accelerator and every turn on the handlebar. Object physics is also really good, with a fair interaction between the vehicle and the surrounding environment, including bushes and road signs. 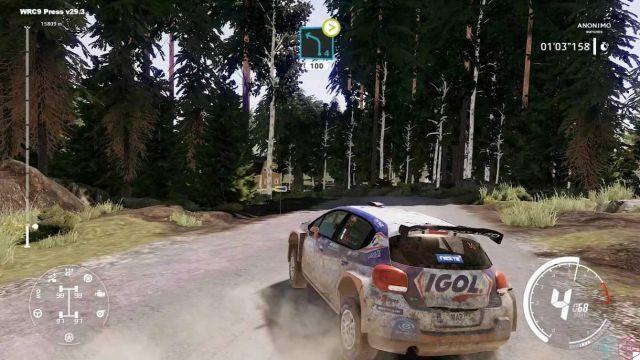 We know that musical accompaniment isn't exactly the strong point of titles like this, but why is the WRC 9 soundtrack so dramatic? During our test we felt a lot of tension in the main menu of the Career mode, even if we were only deciding when to place the rest day. The composer of music perhaps did not live a particularly brilliant period of his life, because the particular blend of ambient and electronic music would have been perfect for a thriller.

Seriously, there is no shortage of quality songs, even if some seemed out of place with the artistic direction. The technical sector, in fact, is at a good level, especially with regard to the lighting system and the splendid reflections of the cars and water surfaces, especially noticeable in night races. The variety of environments is very high, and ranges from sultry deserts to the frozen mountains of Sweden, without disdaining some more Central European locations.

The WRC 9's graphics engine, however, felt a little heavier than expected and it could cause more than a few problems on some configurations from a few years ago. We haven't seen any particular improvements over the last edition, but we often ran into some crashes and in some sporadic drop in frame rate, otherwise stuck at a stable sixty frames per second. 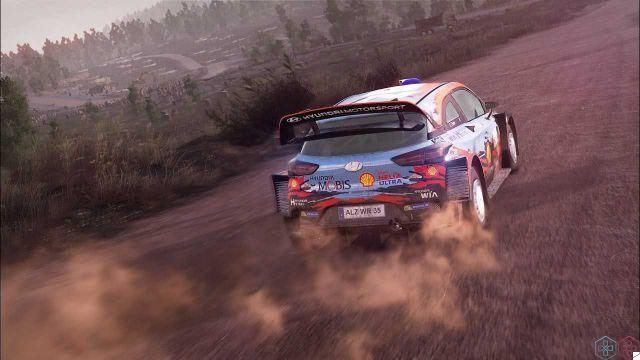 A simple more of the same

In short, as you will have understood from the WRC 9 review, the new title dedicated to the world of rallying is not bad at all, but it suffers from a shape problem typical of products of this type. Its chronic lack of novelty ends up making us wonder if it is really necessary to propose an episode annually that does not include substantial improvements.

Career mode is a lot of fun, as well as the driving system is solid and capable of representing a challenge without being too punitive for the neophyte. We wonder, however, if those who already own the previous title should really consider buying WRC9. Ultimately, however, it applies to any driving title, or almost.

What do you think of the evenings of Kylotonn? Let us know in the comments and stay on the techigames pages for any news about your favorite titles.

7.5 A good product for enthusiasts

Wreckfest review: save who can! ❯

add a comment of WRC 9 review: a race in nature