Worms Rumble review, a comeback with a bang!

The worms are back in a new guise, much to the delight of all the fans! Worms Rumble is finally available for PlayStation and PC in cross-platform, and this is our review

In a nefarious 2020, but full of top-notch videogame news, some smaller announcements have fallen a bit into the background. Among all, Worms rumble did not particularly attract the attention of the public. Despite this, the most famous game on armed worms of all time is back in great shape, changing the cards on the table of the battle royale.

Let's start this review with a little introduction, for those unfamiliar with the Worms franchise. Worms is one 2D turn-based tactical shooter, which over the years has seen several developers between Team17, Ubisoft, Atari and many others. The peculiarity of the game lies mainly in the characters and weapons we have available. In Worms, in fact, we find two opposing factions formed by small customizable worms to make war with the craziest weapons ever conceived. In addition to the classic firearms that we can find in any shooter, here we have kamikaze sheep, "sacred" grenades and many other crazy accessories.

In this brand new Worms Rumble, despite the possibility of character customization and the crazy catalog of weapons, Team 17 has decided to say goodbye to turn-based combat. The game, in fact, is a 2D battle royale where 32 worms fight each other in twisted and oversized maps. A strong choice is to abandon the turn-based combat formula, but which seems to work great despite some situations that are a bit too confusing. 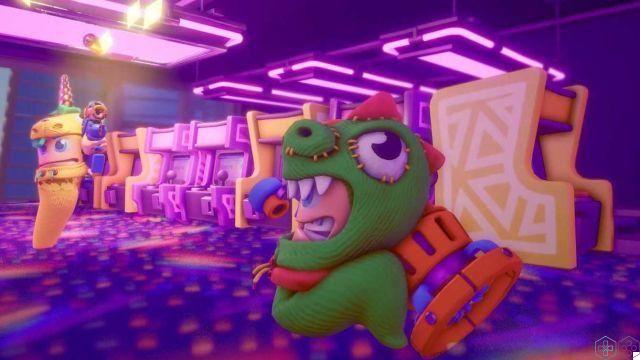 The modalities change but not the story - Worms Ruble Review, a return with a bang!

In Worms Rumble we find three different game modes, in addition to the "Training" mode that allows you to try all the weapons available in the game. The weapons currently available in the game 10 sleep, in addition to the traditional gadgets that allow our worms to reach the most remote points of the map. Each game begins with the iconic baseball bat, and additional weapons and equipment can be found in crates scattered throughout the map. Unlike in the past, here it is possible to equip a weapon in one hand and a gadget in the other, since the frenzy of the game may require quick actions to escape certain death.


The basic mode is a glorious one Deathmatch in time, where our warriors have to do nothing but destroy each other, taking home the most kills while trying to succumb the fewest times. The winner is whoever, when the timer expires, has obtained the best score based on the kill. The other two modes are purely battle royale, with the traditional rules of the case. We can participate in the battle alone or in teams of three characters, also armed only with the baseball bat and with weapons hidden in the houses scattered around the map. In the latter mode, called "Last Team", unlike the old chapters of the saga there is no friendly fire, and the game will only end once all three members have fallen. The only small drawback the absence of a classified mode, although we look forward to an addition in the near future. 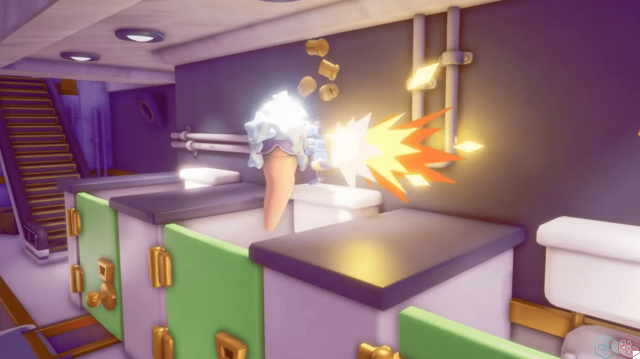 Prepare for War - Worms Ruble Review, a comeback with a bang!

The gameplay of Worms Rumble, as already mentioned, has been changed by changing the turn-based mode with a decidedly more dynamic action component. This change of course has consequently led to a change also in the game modes, which as we have seen lean towards the more traditional multiplayer shooters that now populate the scene. Despite this choice, the identity of the franchise remains solid and recognizable, awakening in the fans of the saga sweet memories of battles to the death, with absolutely impossible weapons.

Entering the game, we immediately notice that you can collect weapons and accessories around the map. Likewise, once the enemies have been killed it will be possible to collect the loot from their corpse. In addition to this, it will be possible to find medical kits to heal and energy drinks to charge the armor. Even the maps have some small changes compared to the past: at this round the environments are much larger, but (alas) they are not destructible. Despite this, the maps are full of tunnels to hide, lifts and ropes. As always, you have to get carried away with the map before seeing the first results, but the ability to move without too many difficulties both horizontally and vertically gives players great freedom of maneuver. 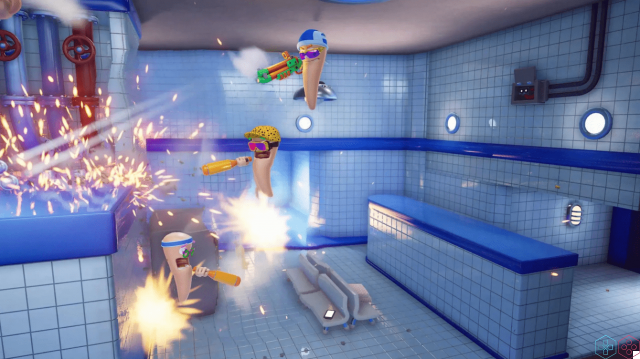 Days of Future Past - Worms Ruble Review, a return with a bang!

The feeling you get when approaching this new chapter of Worms for the first time is comparable to returning home after many years, and finding it completely renovated. Similarly, Worms Rumble presents numerous innovations while maintaining the identity that has characterized the game over the years, and has always made it recognizable. The maps, despite being much larger, they keep the wacky cartoon style typical of the series. Between hotels, military bases and a shopping center with a missile ready to explode in the foundations, the environments are real deadly labyrinths. Also the remains rich and unchanged ability to customize your own worm between costumes and headgear, teeth, mood and sound effects (including signature phrases).

The animations, in full line with the aesthetics to which the game has accustomed us, are beautiful and really satisfying. The only small flaw, in some excited situations the game is a bit too confusing since the elements on the screen are so many, compressed in a claustrophobic environment. Despite this the graphic feedback is really worthy of the name of the series, also enjoying the generational leap. 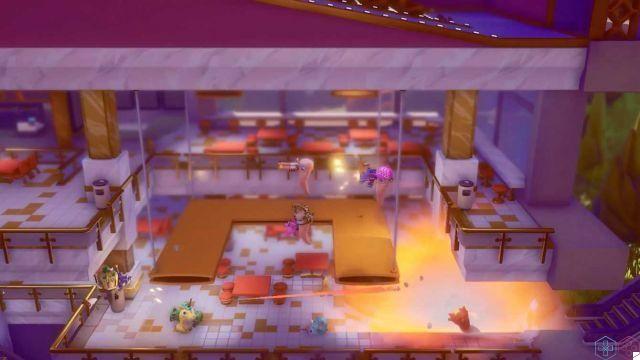 Verdict (or worm, you name it)

At the end of this Worms Rumble review, we are ready to take stock. Team17 succeeds successfully in the enterprise of giving the series a new glaze, making use of the now abused custom of battle royale. Although the studio has decided to follow this trend, it does it in the manner of Worms, maintaining the typical characteristics of the franchise, with a self-deprecating and ruthless 2D platformer. Although abandoning the classic turn-based system, Worms remains unchanged in its identity, thus attracting both the historical fans of the series and the younger ones. The three game modes, despite the absence of a ranked system, deliver a good variety both in sessions with friends and in solo online multiplayer. The choice of weapons and gadgets is still to be improved, but we are looking forward to several patches in the future to enrich the gaming experience.

Speaking of which, what the game offers despite being a lot of fun is limited, and may discourage someone from buying. To avert this risk we categorically promote Worms Rumble, both for afternoons with friends and for nostalgic battle royale lovers. Worms Rumble is available for PlayStation 4 and PlayStation 5 with the PS Plus of December, and PC, supporting cross-platform multiplayer.

We hope you enjoyed this review, as always we wish you a good gaming and we invite you to stay connected on techigames for further reviews, guides, news and much more from the world of video games. Bye!

add a comment of Worms Rumble review, a comeback with a bang!