Ecology and werewolves mix in this Cyanide action rpg. Let's discover Werewolf The Apocalypse Earthblood together in this review

Werewolf Earthblood is a third-person action rpg developed by the production company Cyanide and distributed by Nacon. The title, available on console and PC, is inspired by the tabletop role-playing game of the same name, part of the World of Darkness saga. The story sees the adventures of a werewolf family from the American Northwest fighting against an organization dedicated to exploitation oil call Pentex. Let's go and discover the game in this one together Werewolf The Apocalypse Earthblood review.

At the beginning of it all there were three primal forces

Il Wyld, the first ancient force of the universe, creator of the world, is linked to chaos and to nature. The second, the Review, has the power to organize, to give order to the creativity of the Wyld. The third, the Wyrm, has the task of balance the first two forces. The Wyrm it can be considered as the spirit of renewal, representing the synthesis opposed to thesis and antithesis, in reference to the dialectic Hegelian. However, something went wrong. The Wyrm has begun to corrupt the men's hearts and to become a pure force destroyer, a black hole from which it is difficult to get out.

This l'begins by Werewolf Earthblood. The family of werewolves, who lives in the Northwestern territories of the USA, intuitively embodies the first force, the Wyld, in contraposition to the Pentex, incarnation of the Wyrm. It is in these territories that the battle between Cahal, protagonist of the game, against Pentex, megacorporazione and multinational with numerous activities, more or less illegal, dedicated toextraction of petroleum resources.

After a prologue that sees ours Cahal move away from his tribe due of the killing of a member of his family, the story follows the events, after the five-year period in which Cahal got closer to the tribe, of the continuous fight made by terrorist attacks against the organization headed by a strange individual called Richard Wadkins. The latter appears to be the person behind the behaviors throughout the adventure wicked organization and hides a secret plan that the protagonist is called to thwart.

The sequences of infiltration in the various bases they make up the narrative progression that will bring Cahal to find out about the organization and Wadkins' plans for research on the Wyrm. Let's go now to discover the gameplay by Werewolf The Apocalypse Earthblood in the rest of the review. 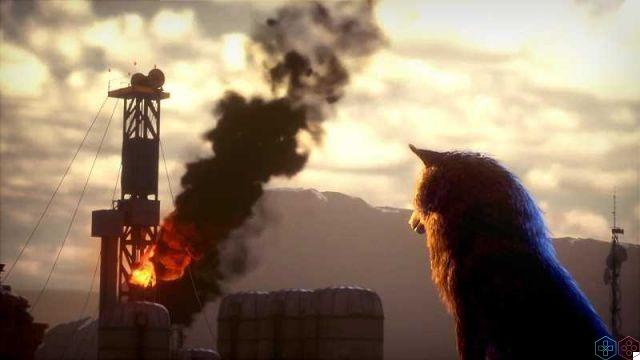 The game shows itself immediately for what it is, a action RPG with progression mechanics that include active and passive skills. The core gameplay is divided into two parts symmetric (we will return to this aspect later). On the one hand the stealth phases, which will start by default at the beginning of the missions and on the other the phases of combat, which can be activated at any time by pressing a specific command. Here we will see Cahal transform into a ferocious one werewolf and tear apart hordes of enemies.


In most cases, the infiltration in the various laboratories they will have the sole purpose of going from point A to point B, albeit justified in searching for a missing person, stealing data from terminals or even placing some explosive charges. In the stealth phases, however, we will have to avoid military personnel who patrol the various areas and avoid getting caught from the cameras. In this we will have the possibility di turn us into a wolf in order to cross the ducts to reach inaccessible rooms and activate and / or deactivate doors and cameras. 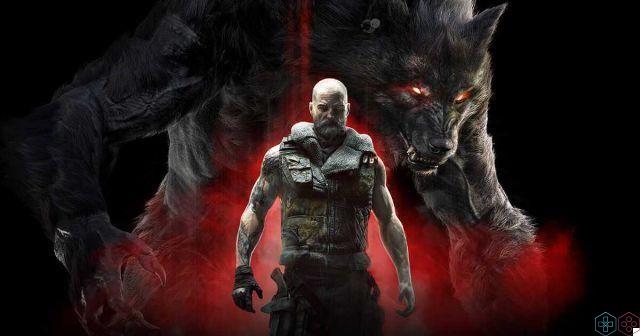 Once we decide to transform ourselves into a werewolf, the game will turn towards more tones chaotic, transforming almost in a musou, and this is where we will begin lead hands. In these phases we will see coming hordes and hordes of more or less strong enemies, from simple soldiers eliminated with a single leg, to enemies with shield and heavy rifles. To finally get to real boss (some really special) e mini boss. During the fight we will be able to use a wide range of ability, as attacks from above and charged shots.

Furthermore, we will be able to use two stance. The first will allow us to be more agile and quick to the detriment of the damage, the second will allow us to take down enemies more easily, but it will slow down our movements and consequently will expose us more to some types of attacks such as those ad area. Finally, once filled the relative indicator, it will be possible to activate a mode “rage” which will make us more resistant and strong. 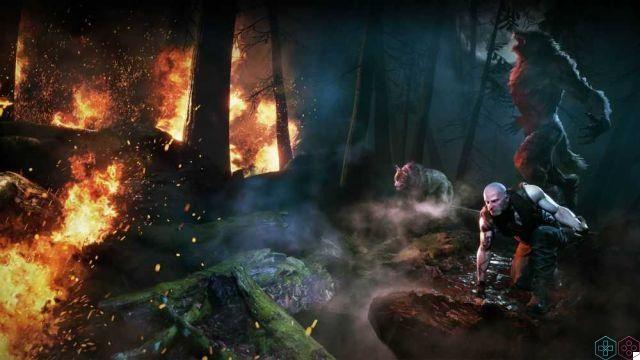 Review the different possibilities of approach offered by the title, it is good to dwell on one aspect, namely the fact that the player, in front of different gameplay choices, on balance he finds himself in most cases a break the symmetry privileging il combat to the detriment of the stealth approach. This is because the game design does not prove balanced. Fighting is in fact the most effective and fastest way to reach the goal. Having passed a level in stealth does not provide no reward in terms of earning experience points or any other kind.

To support these claims are also the woodiness and inaccuracy of the mechanics of shift, which often end up preferring the pure combat to the detriment of a reasoned and planned game made up of bypasses and stealth eliminations. Also thanks to the poor Enemy AI and a level design always anonymous and without particular flashes. 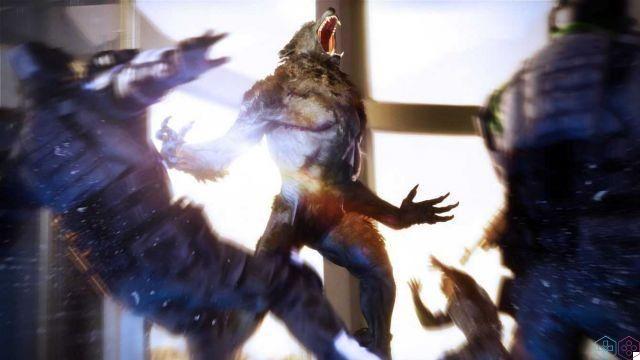 Technical aspect not up to par - Werewolf The Apocalypse Review - Earthblood: ecoterrorist werewolves

If, all in all, the game concept shows some potentiality, this is not the case with its appearance technical. The first impact with the game leaves, from this point of view, a bad taste in the mouth. On the one hand, the animations are intermittent snapped and at times lens, on the other hand, the quality of the texture and graphic engine they suggest a title back at least two generations.

Also considering that most of the time we will be in environments closed and bare, that is deprived of elements that make them distinguishable from each other, this feeling will be further greater. Finally, the music is divided into very few pieces metal which emphasize the right background of the most excited scenes, to other music that end up being mild and forgettable backgrounds. 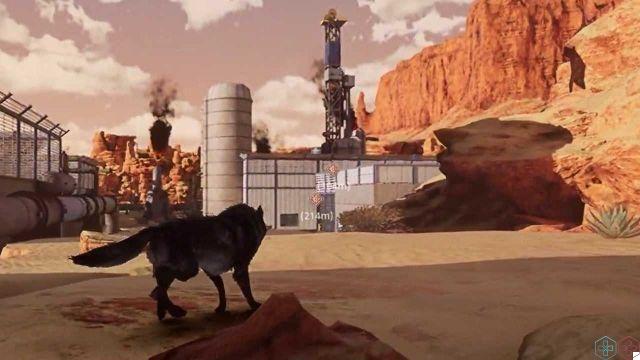 In conclusion, the title does not show some strengths except in the concept. The idea of ​​being able to approach the game in different ways e antithetic it's good, as is hers integration with the narrative, which sees venting anger and the feeling of revenge of the wolfweres against the usurpers of the Pentex, corrupted by the Wyrm and destroyers of soil and nature. The title also hints in a pale choice of dialogues its wanting to be a role-playing game, but without succeeding if not in final, the only moment in which the player feels that those choices will have consequences.

In general the title is weak from many points of view, net of a couple of boss fights above average, the rest of experience it is reduced to clear entire rooms of enemies without real player involvement, also taking into account gameplay and skill progression not very incisive and thorough. This denotes just not enough writing flat, but also little effort in the game design phase.

This was our review of Werewolf The Apocalypse Earthblood, let us know what you think in the comments. If you are interested to the title you can buy Werewolf Earthblood o others games here on Instant Gaming! For others reviews or insights instead, we invite you to follow techigames pages.

When the Past was Around review: knowing how to let go ❯