Warhammer Review: Chaosbane - Save the Realm

In a few days, Warhammer: Chaosbane, the new game developed by Eko Software, will be released on the market. Let's find out together in our review

Trying to create a new title using such a prestigious and famous brand can be a double-edged sword. Regardless of the danger, the developers of Eko software they decided to give life to Warhammer: Chaosbane, for an GDR diablo-like which traces the period immediately following the war between humans and creatures of Chaos unleashed by Asavar Kul. Let's find out in more detail in this review how this title performed on PlayStation 4.

Warhammer: Chaosbane - Let's take a look at the game and its mechanics | Review

As previously announced, the game takes place in the time frame that follows the war between the realms of humans and the creatures of Chaos led by Asavar Kul. At the beginning of our adventure we will have to choose one of the four preset characters present in the game: Kornard Vollen, Elontir, Bragi Axebiter and Elessa. Each character will feature the qualities and skills typical of each class of the RPG world. With each character then we can live a different gaming experience although the missions always remain the same.

Each hero will feature countless skills which will unlock as we level up. Although therefore there will be no need for experience points to unlock them, these will come in handy when we go to equip them to our hero. Each character can therefore be based on different skills. Those bases will serve a charge the energy of ours hero; this can be reused to activate the advanced skills and those divine. They can also be activated later passive skills e "fan" skill for a total of 12 that can be equipped. The only ones that will not unlock as you progress through the levels are the divine ones, provided with their own tree (different for each hero). Shards and gold will be needed to unlock the various nodes.


To complete the RPG mechanics we will also find various items that can be equipped. These may be dropped by various defeated enemies, especially from champions, mini-bosses and bosses or from the special baskets scattered throughout the various dungeons and often protected by some more powerful enemy. Each object will be characterized by particular properties and it will have a more or less substantial impact on our attack and defense power.

Once we have chosen the character we can start our journey. Each adventure will be divided into several acts, each of which will end with a fairly challenging boss-fight if you can't understand the mechanism (very easy and intuitive). Before we get to these boss-fights, however, we must face various missions, each of which is set in a specific dungeon. However, while they are different, some appear to be virtually identical in that the there are very few basic models.

Inside we will find hordes and hordes of enemies that will gradually become stronger as we continue with the game. In addition to the various basic enemies we can also find various "Champions" of Chaos which will make the fight a little more challenging until you cross gods real mini-bosses that will test our playing skills. Obviously, the stronger the opponents, the greater the rewards we will receive. 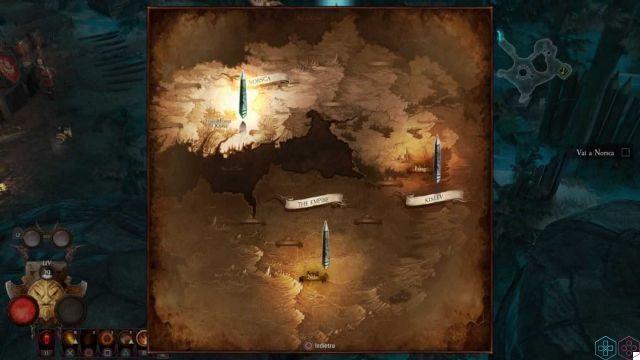 We can decide whether to face our adventure alone or through the multiplayer component present within the game. It will indeed be possible make our game public so that anyone can join us up to a maximum of four characters. We will also be able to join other players around the world or create your own games via party mode.

Graphically speaking, the game is well structured. Animations and fluidity of the characters are not never been affected in our entire experience. Our experience with the game's camera was also very good, impeccably positioned throughout the game (at least in the action phases). The settings are well done, appropriately reflecting dark and closed environments like the sewer or open and bright like the forest.

The audio of the game it is not rich in significant details. The background noises and the verses of the various creatures are excellent. The voices of the characters are also good, even if they are only hinted at. Small negative note comes from the audio level which in some points turns out to be low and then suddenly increases (giving a slight annoyance) passing from one room to another.

The input is not taken optimally and you can notice a very slight delay between the pressing of a key and the execution of the same by the character. This anyway it does not affect our gaming experience, although sometimes some actions (especially by pressing the various keys quickly) are not performed. There distribution of various skills on the pad is well adjusted and does not create any problems even for those used to playing certain titles on the PC.

We are now at the end of this Warhammer: Chaosbane review and it is time to take stock. The story of this video game turns out to be a mix of previously seen and revised stories in the fantasy videogame world, albeit with different names and some small different details. There difficulty is well structured, going from really easy levels (great for solo play) to levels of pure difficulty, suitable for veterans of these games and for team play. 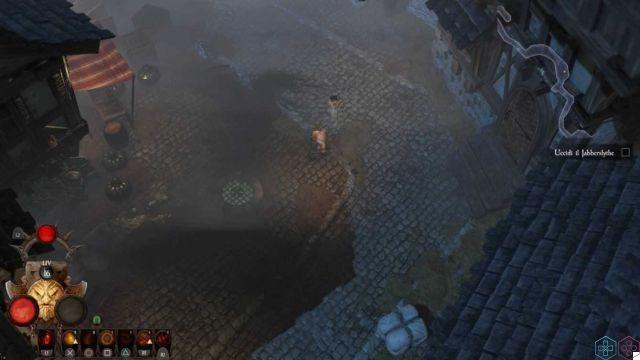 Although each dungeon is different, the basic sequence of elements used gives a sense of repetitiveness that in the long run (especially since all you do is press keys and take down enemies) it can be exhausting. However, the possibility of being able to play the story with different characters and a lot of different skills allows us to vary our approach, making the diversified fights between them.

For this Warhammer: Chaosbane review, that's all. We remind you that the game will be available at recommended price of € 69,99 for versions PlayStation 4 and Xbox Onewhile a € 49,99 for the PC version. To not miss future reviews on the world of videogames, keep following the pages of techigames!

add a comment of Warhammer Review: Chaosbane - Save the Realm