Unruly Heroes Review: Journey to the West in 2D

Unruly Heroes, the platform developed by Magic Design Studios and inspired by a series of Chinese classic novels, also lands on PS4, find out in the review what convinced us and what did not!

Magic Design Studios enters the market of 2D platformers with a straight leg, releasing his first work: Unruly Heroes. The developers, who have also contributed to the making of Rayman Legends, have based themselves on the series of Chinese classic novels that form "The Journey to the West", one of the most famous stories of all time, but they will have hit the mark by making this horizontal scrolling adventure ? Find out in the full review! 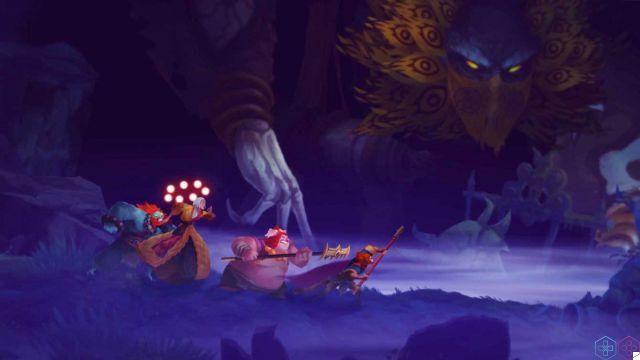 In Unruly Heroes the protagonists of the adventure are 4 "rebel heroes", and their journey begins for a reason: the sacred parchment that maintained balance and peace in the world has been destroyed e, obviously, it will be up to them to find all the pieces scattered in the various scenarios. The plot is simple, but the fact that it is based on the tales of Wú Chéng'ēn has allowed the developers to have a very solid base which, combined with the humor and lightness of the dialogues, is really pleasant and never exaggerated.

As we have already mentioned above, the protagonists of the adventure are 4: a monaco (Sanzang), a monkey (Wukong), a demon (Sandmonk) and… a pig (Kihong). Having a plurality of heroes, however, is by no means a marginal factor, but the backbone of the entire game, which elevates it to not being the usual side-scrolling platformer. In addition to aesthetic factors that make all 4 characters distinguishable, each of them will be essential to proceed in the adventure, solve environmental puzzles and defeat enemies, but let's go step by step. 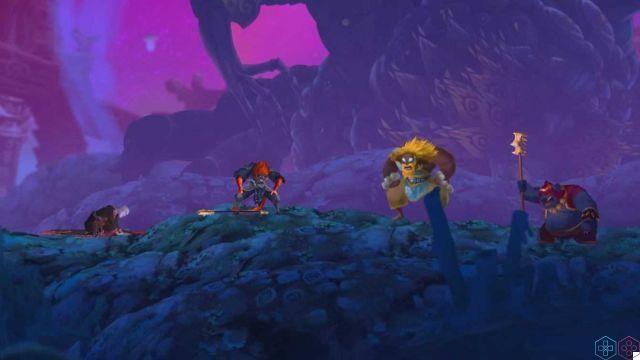 Il gameplay it is very simple and immediate, since the pad will allow us to: move, attack, jump, dodge, perform grabs and change characters. The positive side of having various protagonists is that each of them has a different move set, useful in different situations and selectable at any time of the game. In fact, we will not have constraints and, being able to change character at any moment, we will be able to choose which of them is suitable to face a particular enemy.

The differences between the protagonists do not stop only in the fighting style, but also affect other aspects such as, for example, the jump. In fact, the Monkey and the Demon will be able to perform a double jump, while the Monk and the Pig will planar with a long press of the X button (on PS4). But why did we say that having multiple protagonists is the core of the game? Well, because there are a multitude of environmental puzzles in which the "altars". 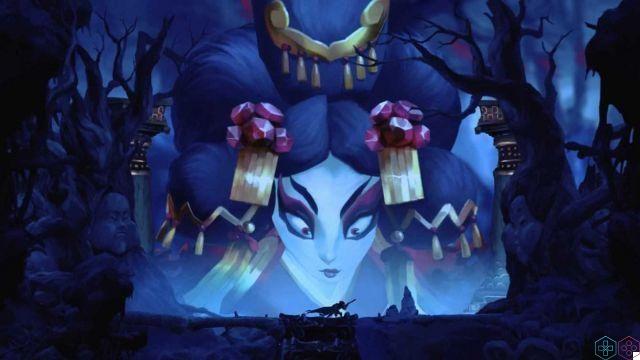 The altars are of three types: one for the Monk, one for the Pig and one for the Monkey. The one usable only by the monk will allow you to shoot a light beam that will allow you to take useful objects, which will mainly serve to unlock doors and mobilize parts of the scenario. The Pig will swell across its altar, starting to float in order to reach otherwise unreachable parts of the map. Eventually, the Monkey will turn his staff into a platform that will disappear if he attacks.

Although the demon does not have its own altars, it will be as indispensable as the others, since it can break otherwise impassable walls. Another really interesting feature is the ability to control certain enemies / bosses to progress in the level or even to tackle the entire level. The particular thing is that as you progress through the game there will always be new mechanics, but we're not spoiling them here so as not to spoil the “wow” effect. 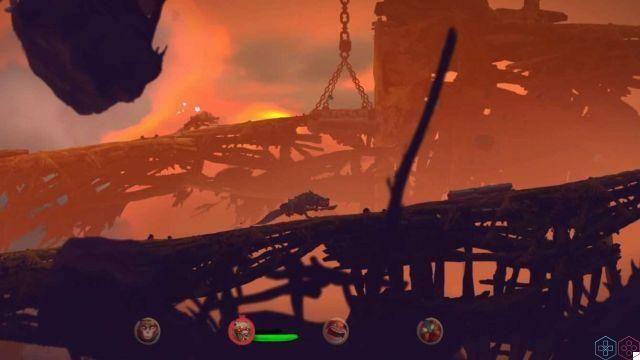 Lo fighting style it is really minimal and is divided into: light attacks, heavy attack and ranged attack. There is a system in the game combo which can rise mainly by spamming the light attack button on enemies, but what are the combos for? So, under the phantom life bar, there is another blue bar that will fill up based on the combo performed; when it is full, just press the two backbones to perform a "super move“, Which is different for each individual character.

In Unruly Heroes heroes will never die, almost. In fact, when a character loses his life we ​​move on to the next one, but waiting a few seconds a bubble will appear which, if burst, will give us back our partner with a quarter of life. If we're not careful though, enemies can finish off our fallen heroes by blowing bubbles. To recharge the life points of our characters we will have to break some jars scattered in the levels, or activate the control points which are lanterns which will recharge the entire health of all the characters, once activated. 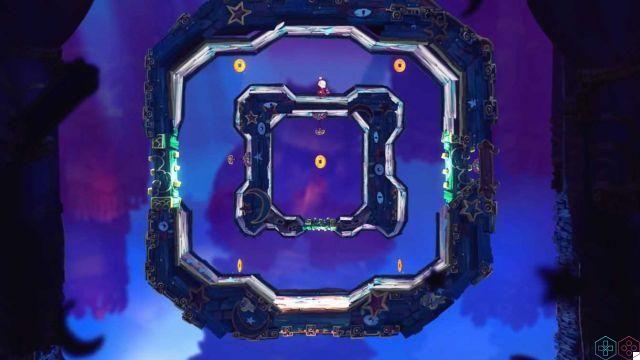 Unruly Heroes: the journey to the West | Review

From the very first moment of the game we were able to appreciate the fantastic artistic sector which allows Unruly Heroes to shine. The fluidity of the movements goes very well with the incredible settings, creating a truly precious mix that has nothing to envy to other triple A platformers. All the characters, especially the bosses, are characterized and drawn with a miniacal care, like various worlds that are different from each other.

Even the level design is really done ad hoc, and you can see the past experience of Magic Design Studios in the studios of Ubisoft Montpellier. The music they are very beautiful and suggestive, however, they are not present as a constant background, interrupting the perfect atmosphere created, really a shame!

Obviously, like any self-respecting 2d platformer, here too we have the collectable which are of two types: coins and scrolls. The coins are scattered throughout each level and serve, in addition to completing the level itself 100%, to buy new styles for each character which are 12 in all. In each level there is also a scroll, usually hidden in narrow or secret places, which will allow you to view a certain Artwork of the game, once found. 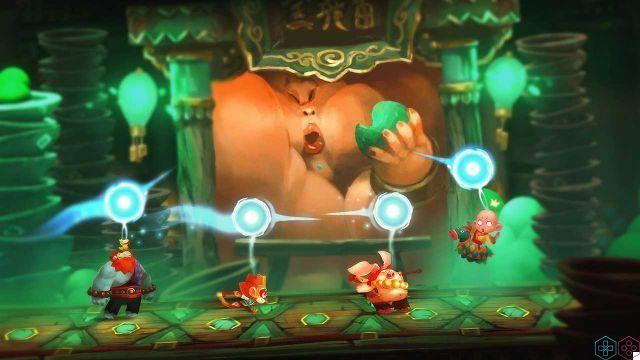 Unruly Heroes represents, therefore, an excellent exponent of the "2D platform" category and the experience of Magic Design Studios is noticeable level after level. The title contains several very original ideas that never bore the gamer. Too bad for some shortcomings such as the uneven difficulty, which will transform the game into a real "rage game" in some points, or the delay of the commands which, in the fastest platform phases, does not allow you to perfectly control the characters.

add a comment of Unruly Heroes Review: Journey to the West in 2D