Uncharted 4 review: why I chose PlayStation 4

PlayStation 4, despite over 40 million copies sold, certainly does not boast a respectable line up. It was up to Uncharted 4 to make sense of the purchase of the Sony platform, will they be successful? Let's find out in this review

The life of the "reviewer" is not easy at all. You have to weigh the words with extreme care, choose the most correct terms, convey your thoughts as clearly as possible without ever leading to completely subjective arguments, but in this case I can assure you that the video game you are reading only deserves a term: masterpiece. Now I will try to explain to you why I am confident in using this appellation.

As is customary in my articles and even more so this time, there will be no spoilers on the plot given that this is the focus of the titles of the saga. Suffice it to say that Mr. Drake grew up with the players who have accompanied him since his early adventures and has now retired with his beautiful wife (Elena Fischer) to a small port town, where he does some recovery work through diving. research divers.

In short, everything flows smoothly in the life of the Drake family, even if the desire to live the glories of the past and incredible adventures is missing, despite the protagonist not giving it to see.

When everything seems flat and even boring, the arrival of a certain figure distorts the routine of our Nate who finds himself leaving, in a hurry, for the umpteenth adventure, in search of an elusive pirate treasure. It is not my intention to tell you more, at least about the story, as every detail could ruin a truly unique experience. 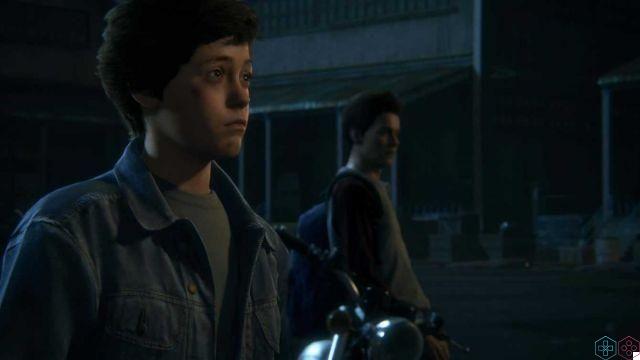 What you don't expect

Obviously, even if well written, well told and above all well interpreted, a story is always a story and in a videogame this alone is not enough to elevate a title to a masterpiece. At the base of a great video game there must be solid and fun gameplay and even on this point, ad Uncharted 4, I have absolutely nothing or almost nothing to complain about.

The aiming system and the feeling with the weapons is excellent (certain technical specifications on the weapons were not expected as a difference in recoil or the like, after all it is an action adventure and should be taken as such, instead ...), you notice the difference when you shoot with a 9mm or with a .44 Magnum, the same goes for the various rifles. As usual for the series the weapons, although not a real arsenal, are many and varied in order to satisfy every trigger. 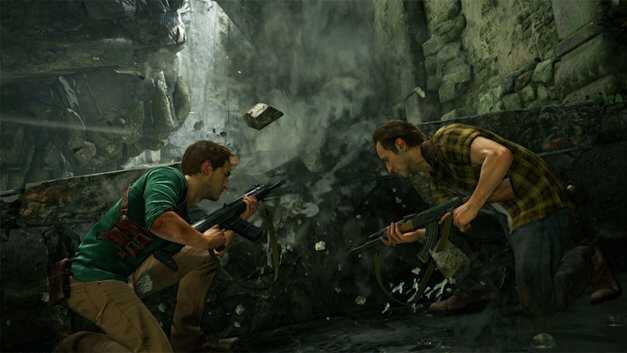 How much I enjoy it

The shootings benefit a lot from this choice, always well thought out, which allows you to increase the enjoyment of the game thanks to an excellent cover system that will allow us to hide practically behind any wall or wooden box. A new introduction possible thanks to the new engine (graphic engine) which also introduces the possibility of destroying the covers, in order to offer even more fun in the battles.

Another very popular novelty was the inclusion of the grappling hook, which adds other game options, and allows you to face the shootings in a completely new way, overturning a gameplay that is already very varied. The armed phases compete for effectiveness with hand-to-hand combat that boasts an inordinate array of unique models. The various challenges to reach the following objective can be easily overcome without firing a single shot, if in fact you prefer to circumvent enemies using the stealth tactic, the game will not only allow you to do so, but will also offer you new mechanics to do so.

A striking example is the marker positioned above the head of each enemy, which will change color according to its alert state, or the possibility of being able to mark the enemies sighted in order to simplify your escape. Mechanics already seen in other titles (MGS V, Assassin's creed) but that work well in the title and blend perfectly in order to offer a truly suitable experience for every style of play. 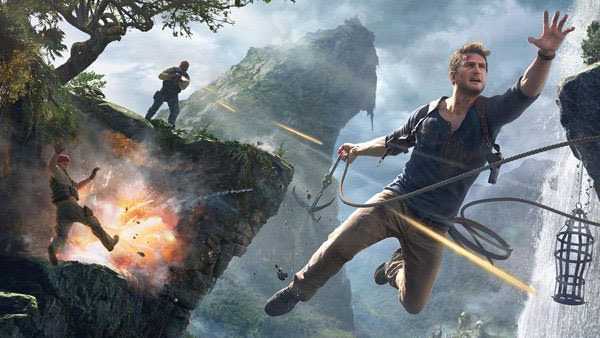 Another choice that, in my opinion, was very “effective” is the fact of not having forced many QTAs (Quick Time Events). Pressing the right button at the right time will only be mandatory at certain times, during which the pace of gameplay will never be disturbed. The only flaw (but this is pure personal taste) was to insert a QTA right at the end of the game, which in any case does not spoil the epic nature of the moment, but which I would have gladly done without.

The parkour of wonders

The last part, but no less important, is the improvement of the parkour function which has always been present and fundamental in the game sessions of the series. The movements of the characters, even if absurd, are more natural and well balanced, it will therefore not be possible to make crazy jumps or cling to ledges not suitable for climbing. All this is made frighteningly beautiful by the breathtaking settings that are always varied and cared for, in every detail, in an almost maniacal way. 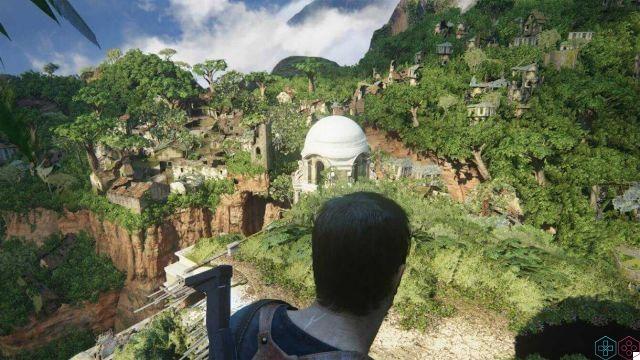 You twisted my jaw!

As indeed was to be expected from N, the graphic rendering of Uncharted 4 it's awesome. Each section of the game, including those in the car, offers breathtaking views to the point that, more than once, I stopped to observe the view for a few moments. It ranges from crowded areas (such as the market) to the city, passing through the dense jungle, without neglecting the maritime setting which is undoubtedly the one that most made me twist my jaw. Even the blows suffered under the water can make you dream of an adventurous or relaxing journey on the beaches crossed by our hero.

In no case should the title envy the graphic renditions of titles optimized for medium-high-end PCs, all of which is then seasoned with the jokes of charismatic characters and a soundtrack that in no way envies modern blockbusters. In a nutshell, once again the Californian development house held the bench, giving lessons on how to optimize a title for the Japanese console. 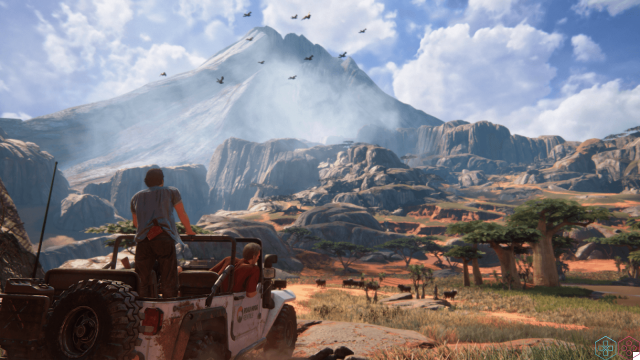 
Even when it comes to multiplayer, there are no major criticisms to be made. It can be considered without a shadow of a doubt a very welcome plus but it was not even needed, as the title in itself was enough to justify the expense. The mechanics of the multiplayer part are taken from the base title, so you can also use the grappling hook, which leads to a burst of news in a series of modes already seen, including the classic team death match and other modes known to the world of online players.

The only flaw found is that during a couple of games, following the death of the character, I did not have the opportunity to return to the game which forced me to close and reopen the game, but thanks to the latest patch released it seems that this little bug has been fixed. 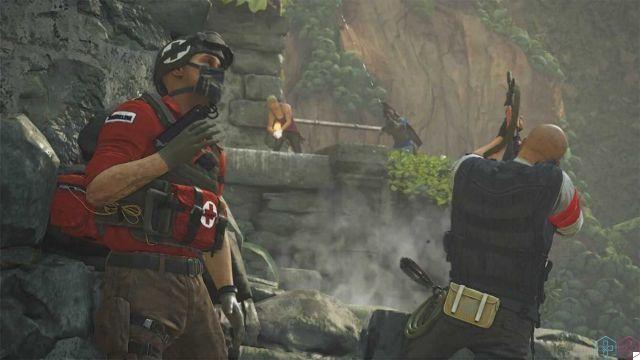 20 minutes of cheers for Uncharted 4

In conclusion Uncharted 4, who had the fate of the console exclusives in his hands (at least for the moment), did not betray expectations, on the contrary, it gave meaning to the purchase of a PlayStation 4 which until now boasted as the only exclusive weight Bloodborne that although a great game, it could not carry the burden of a console without real heavyweights for much longer and that would end up being considered a flop by those who, like me, chose this platform precisely for their first party titles. title that comes in a dark moment and is able, by itself, to revive the fortunes of the exclusive consoles, deserving at least twenty minutes of applause as the credits roll.

Uncharted Review: The Lost Legacy, a great step back ❯

add a comment of Uncharted 4 review: why I chose PlayStation 4