Trackmania 2 Lagoon review, an arcade tour in the lagoon

Finally, Trackmania 2 Lagoon has arrived, the new chapter of the well-known arcade car series Trackmania. Will this newborn title prune something new or will it just add a few tracks? Let's find out together 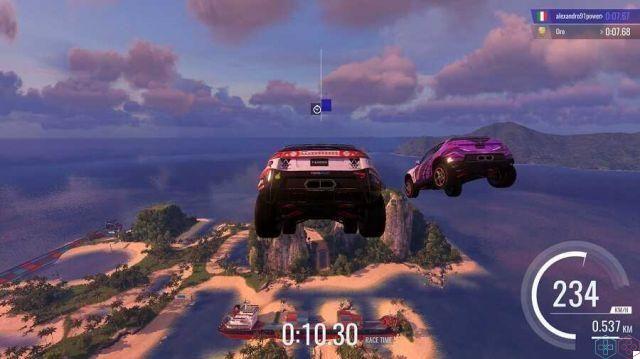 The title of Trackmania 2 Lagoon says a lot about the setting of the video game itself, which is a big one lagoon. But the paths are not as trivial as one might think, as the setting is only a pleasant outline compared to what is thesoul actual title. We are faced with a great variety of circuits, all different and not repetitive, even compared to the previous chapters. And this is precisely the strength of the game, as well as one great variety of content which remains coherently linked to the setting "lagoon".

Le runway, which in total are 65, are divided by "difficulty level"And to unlock all the tracks in the single player campaign you need to beat the clock"gold". This is because the game, in perfect style Trackmania, is proposed as a "time trial“, With slopes of increasing difficulty. So be careful, if you are not a fan of time trials this game is not for you. 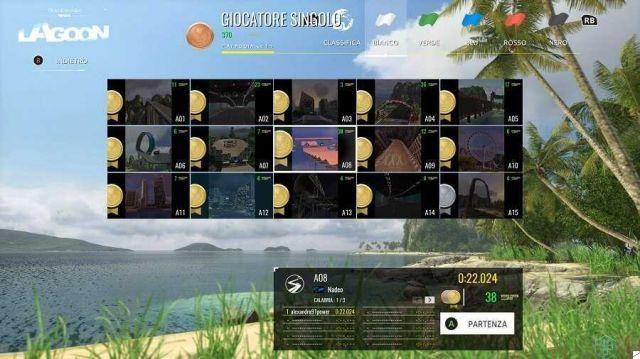 Much was expected of this Trackmania 2 Lagoon, especially as regards thetechnical aspect of the title. The Trackmania series has never been at the top in terms of graphics, mostly due to a choice by the development team, which tried to make the game light and accessible to everyone. In this chapter we expected something more than the previous ones, simply because now with 100 € you buy VGAs capable of giving performances that were unthinkable years ago. The developers of Trackmania 2 Lagoon they therefore continued to maintain this line.


Il graphic engine has been the same for years and comes, from time to time, only "modernized“, But not revisited in its entirety. Obviously with this choice there are no appreciable differences compared to the past, but only a few minor change. This, however, offers some undoubted ones pro: also the antiquated GTX770 supports the game in 4k a 60fps, without any drop in framerate. 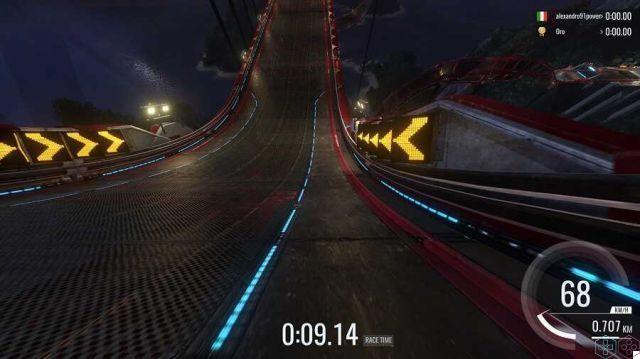 Certainly, leaving aside the fussiness, the graphics remains anyway pleasant but not at the level of titles with a greater thickness (even not recent), such as for example Assetto Corsa . On the other hand, the choice of the various ones is interesting scores, which are always pleasant even if in the long run they could sound a bit repetitive.

The Trackmania series has always offered a driving style "arcade"And one of the well-known problems of the previous titles was related to the lack of realism of some trajectories that presented themselves as" unreal ". Instead Trackmania 2 Lagoon finally recovers many points in this respect: the guide is very "technique”For an arcade title and offers very credible situations and approaches. As it should be, just one mistake is enough to ruin an excellent performance.

“Impossible recoveries” and also are not achievable the dynamics of impact are finally credible. The famous "rebound effect“, But a Trackmania without this aspect would not be a true Trackmania!

Judgment postponed. It was impossible to really try this aspect of Trackmania 2 Lagoon, as our testing was done prior to the game's release. We will update this section as soon as we play a few games after day-one. 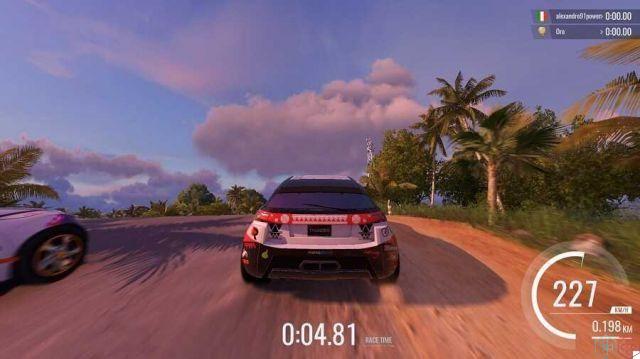 Definitely a title recommended to fans of the series, but for others the speech is decidedly different. You want a time trial evaluation with original tracks? There, Trackmania 2 Lagoon it's the right game. If you are looking for something else, you better look elsewhere, focusing on titles with a different automotive style.

add a comment of Trackmania 2 Lagoon review, an arcade tour in the lagoon