Tools for the Game Master: miniatures

Playing The Game Master is a rewarding experience, but it can also be very challenging. Through these articles we will discover tools and tools that will improve the experience at our game table, whether real or virtual. Today we start talking about miniatures

Not all Game Masters use plastic tokens in their games; those who do, however, often find themselves not having the right piece for their players. How many of us have found ourselves at some point moving little immersive d4s on the grid?

Hero forge was born with a very specific purpose: allow the creation of your own personalized game piece. Thanks to a simple but complete editor it is in fact possible to create your own character by choosing from a myriad of options. In fact, if the tool was initially quite limited (but still complete), over time it has been updating and now we can create characters of all kinds.

We are therefore not limited to creating characters with a classic fantasy flavor, but we can range from modern to futuristic. In short, there is something for every type of campaign. It is even possible to create a miniature including a mount, or very large races such as orcs or minotaurs.

Once your pawn is complete, you can choose the type of material with which to 3D print it. We will have plastic (with premium variant), steel and even bronze available. It goes without saying that such a product will cost quite a lot (we talk about 20 $ for the plastic version, shipping excluded). Our advice is to buy the 3d model of your token for just under $ 10 and print it directly in one of the many 3d printing services.

In these days the Hero Forge kickstarter campaign for the creation of the new tool has ended. This campaign has reached the figure of over 3 million dollars raised (against an initial request of about 50 thousand dollars); a project supported by nearly 40 people.

This new version, whose launch is scheduled for this summer, promises some interesting news.
First of all is that of print the colored tokens directly. In fact, if now Hero Forge allows you to create pieces that you can paint, with the new version it will be possible to order pieces already colored directly from the 3d printer.

The result appears to be good from the photos that were shown on the kickstarter page; but in case you are more traditional, the team behind HF will also provide a hand-painting service of the miniatures. Not bad. 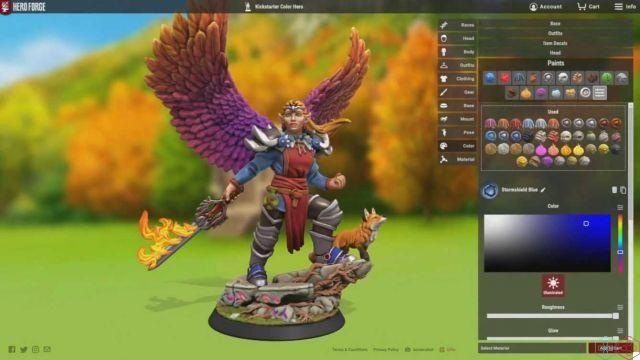 For those who do not want to use the miniatures in their games, Hero Forge 2.0 will provide a series of tools for them too. In fact, it will be possible to use the 3d model of the miniature and the new "photo" tool to create portraits of your characters to be placed on the cards. A boon for someone like me who must always leave the "portrait" space on his cards empty because he is unable to draw.

In addition to the portrait of the character, it will be possible to create a whole series of "virtual" tokens and tokens to be used within your own virtual dashboards; the most famous that we can mention is certainly roll20.

Ultimately Hero Forge is a tool that has already proven its usefulness; we just have to wait for version 2.0 to be able to test its new features first hand.

While custom plastic miniatures can be a great addition to a campaign, they can't be used for all NPCs and opponents your party will face.

In case you don't want to give up a nice representation on the battle grid, you can use paper tokens as an alternative. The site that we propose in this study, Paper Token Generator, allows you to do just that in a few simple steps, and is another very useful tool for game masters. 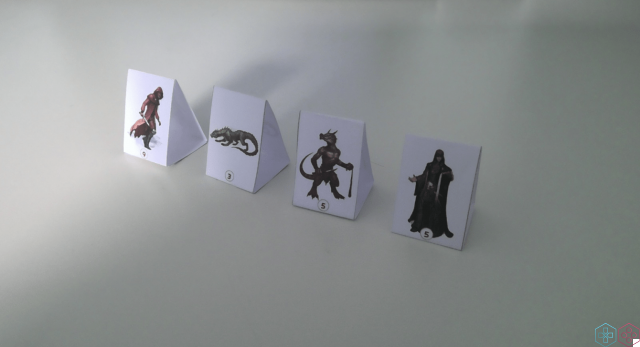 In fact, PTG allows you to upload your images directly to the site, through a Dropbox folder or by inserting the link in the dedicated screen. Once this is done it will be possible to choose how to create our paper tokens; choosing between a simple round token or a real token, which once cut, folded and glued, will be ready to be used.

Paper Tokens Generator also allows a number of very useful options, such as the numbering of the pieces, which allows easier management by the game master; in addition, it is also possible to print a folding ticket with which you can keep track of the creature's initiative and note any special abilities.

So if using custom plastic tokens could be ideal for your players, monsters and enemies you might think they are made of paper; so you always have an excellent representation on the battlefield of heroes and pngs.

add a comment of Tools for the Game Master: miniatures