Tools for the Game Master: maps

We return to dispense advice to aspiring Game Masters and to make you discover useful tools to better manage your gaming sessions. Today we are talking about maps for locations, cities and dungeons

Maps are perhaps one of the most important elements in a campaign. They define the world of the setting, the cities and even the dangerous places that your players will go to explore in search of glory and fame. In this article, we therefore present three useful tools for game masters that will allow you to create maps, each for a specific situation.

Tools for the game master: Inkarnate

When creating a new setting from scratch, it is imperative to define the world in which our adventures will be set. This obviously leads us to the creation of a map, usually between the national and continental scales. While drawing maps by hand can be a fun experience, if you don't have the right dexterity, the result could be very confusing. In this regard Inkarnate comes to our rescue.

Inkarnate is a map editor that can be used directly from your internet browser. Conceived purely for maps of fantasy settings, allows you to create your own map in a few steps and have it immediately available. The tool is in fact simple and intuitive to use but not shallow for this. Inkarnate allows you to create extremely detailed maps once you have taken the right time to learn each of its features. There is no need to fear though: in case you need a regional or national map on the fly, you can do it quickly and without any kind of impediment. 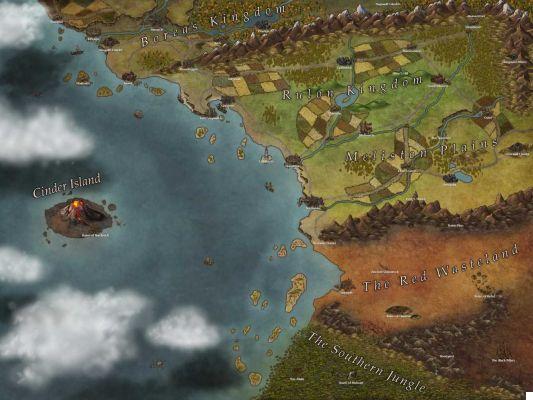 Inkarnate also allows you to create maps of smaller and more detailed areas such as cities or a mountain; making it an extremely versatile tool from this point of view.


Inkarnate is available in  two distinct versions, the first completely free offers a limited number of assets (just over 100). The second, on the other hand, is defined as “pro” and in addition to making more than 500 assets available, it allows commercial use of the maps created with the editor. The price of the latter is $ 25 in the case of an annual subscription or $ 5 per month.

How many times has it happened during a session that your group of players decided to stop in that small country town with no name or characterization? Medieval Fantasy City Generator comes to the rescue of Game Masters who love to create free roaming campaigns; allowing the creation of cities and settlements in just a few clicks.

The tool then generates the topographic map of a city, of which we can decide some parameters to suit our needs. In the meantime, we can choose the dimensions between small, medium or large; with the warp tool then we can go to manually modify areas and neighborhoods of the city. Finally, with the options button we can decide both the graphic style of our map (actually little more than simple graphic filters); or to add particular buildings or infrastructures such as roads, temples or defensive walls. 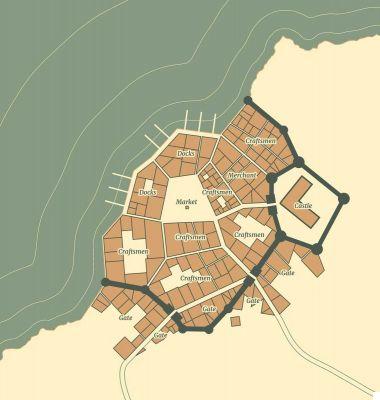 At the top of the map, a unique name will appear for each city generated; furthermore, holding down the space bar, even the names of the neighborhoods will appear. Really useful if your players decide to stop in a city generated with this tool for some time.

Left almost hidden in the lower left corner is the Overworld button. Once pressed, a new tab will open which will take us directly to a random fantasy world generator. It will randomly create an entire world in moments with the city centered location created with MFCG. Not a bad feature for creating new game worlds from scratch.

Folder per i dungeon: donjon

Donjon is a site that all game masters have used at least once in their "career". It offers free of charge a whole series of tools that can help you a lot in the event of unforeseen consequences of your session. In fact, the site contains many random generators of material for your campaigns, such as NPC names, settings and even calendars with lots of holidays.

After talking about nations and cities, now we will go into the section dedicated to the creation of maps of dangerous environments. Donjon in fact provides a series of tools to randomly create dungeons for their players to face. 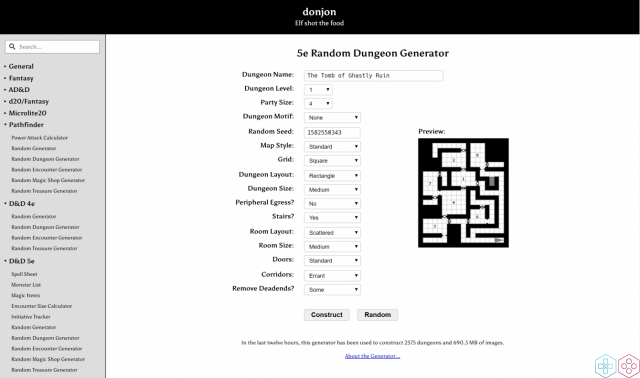 The first step is to choose the game system you are using, including Pathfinder, D&D 4e and D&D 5.
Then a screen will appear in which it will be possible to set some information to create a dungeon that reflects our needs; they can range from the size, to the level of our players' characters and even the “theme” of the dungeon as well as the type of structure or creatures that can be encountered.

Once this is done, the program will simply create a dungeon according to our needs; complete with a general description and every single environment, traps, secrets and hidden treasures. The Difficulty Class to be overcome to solve any tests will even be indicated, really a godsend in case you have to organize an impromptu session.

It must be emphasized that this tool is basically designed to be used with games based on the d20 system; but nothing prevents a quick conversion to be used with other games as well.

add a comment of Tools for the Game Master: maps