Tokyo Game Show 2021: many details and news on Elden Ring!

Despite not having been officially present at the Tokyo Game Show 2021, Elden Ring has still been talked about a lot and some news and many interesting small details have been revealed.

"There are titles that do not exist" is one of the phrases that we most easily attributed to Elden Ring, the next title of From Software which also collaborated with George RR Martin, the creator of Game of Thrones, for the delineation of the game world. Yet, during this year's Summer Game Fest Elden Ring really showed up, complete with release date set for 11 January 2022, with a trailer to take your breath away. Subsequently, a closed-door presentation during Gamescom 2021, in which 17 minutes of gameplay were shown, revealed many details about the game world, the gameplay and everything we should therefore expect once we get our hands on the full game. .

The Tokyo Game Show 2021 has just ended, during which Elden Ring was not officially present with new video content, but it still knew how to get talked about. In the course of a Famitsu interview with Yasuhiro Kitao of FromSoftware, in fact, many interesting details came out both on the state of development of the game, and on some news regarding the world and its mechanics. Let's find out together, thanks to the translation of Dualshockers in English.

First of all, who is Yasuhiro Kitao? None other than the head of Promotion, Marketing and Production at FromSoftware, as well as ubiquitous at important and busy events such as the Tokyo Game Show. Famitsu's video interview can be found below, it starts around minute 33 and lasts about 10 minutes. Kitao's first claim is that, simply, Elden Ring is exactly a FromSoftware game in its essence. There are therefore dark fantasy elements, but in reality the game will have some elements and characteristics that differ from the Souls series, from Bloodborne or from the youngest son, Sekiro.


The dungeons and the horse, Reima! - Tokyo Game Show 2021: many details and news on Elden Ring!

One of the most interesting news and which has already been talked about in numerous previews is the presence of Dungeons, which may be small or medium-sized, scattered throughout the game world. I "Legacy Dungeons"Instead, they will be represented by gigantic castles or environments similar to what we have already seen in the previous FromSoftware titles and which will have to be found during the exploration of the game map, and then be explored from top to bottom as if they were a single map by Dark Souls.

To explore the vast game world we will have our trusty horse at our disposal Reima (literally, 'Ghost Horse') which can be recalled in any place, with the exception of course of the dungeons, through the use of the whistle. The horse can also be used in battle, as seen in the gameplay trailer already shown at the Summer Game Fest, but it will be situational. This means that to fight against bigger enemies it may help, but if we have to work our hands in confined areas… Well, you figure it out for yourself. The open world map will be huge and has been designed to give the player a different sense of danger from the one they will face in dungeons. 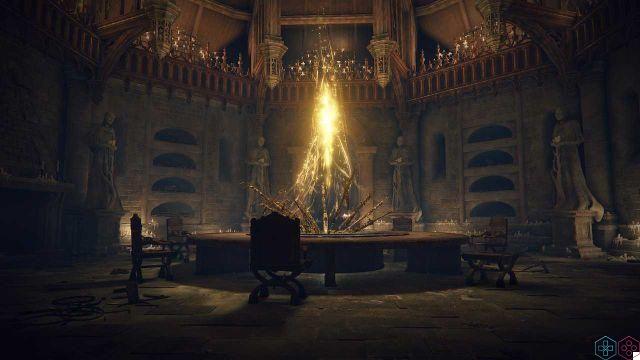 Elden Ring will not hold your hand and will not point you to the next place to visit, because you will actually be free to do what you want. Despite this, in case you are completely lost, you can use the maps, another of the novelties of the game. You can find pieces of the map as you explore the open world of Elden Ring, then open it and set objectives that will appear as huge columns of light. Is Elden Ring difficult? Kitao also expressed himself on this, stating that he certainly cannot deny that the difficulty level is set upwards. The game, however, is not difficult because "it was created like this", but it will be able to give the player a great sense of satisfaction once something is completed, or discovered something else. The higher than average difficulty emphasizes this goal of FromSoftware.

But if you don't want to go crazy to finish it, you can very well summon allies, just like in previous Souls. In Elden Ring stealth mechanics are also present, just like in Sekiro, which will allow you to silently eliminate enemies with a single shot, avoiding dangerous frontal assaults. Furthermore, if the dungeon you want to face is too difficult, you can very well retrace your steps and face others of a lower level, so as to improve your skills (and why not, equipment and statistics) and return bolder than ever to victory. 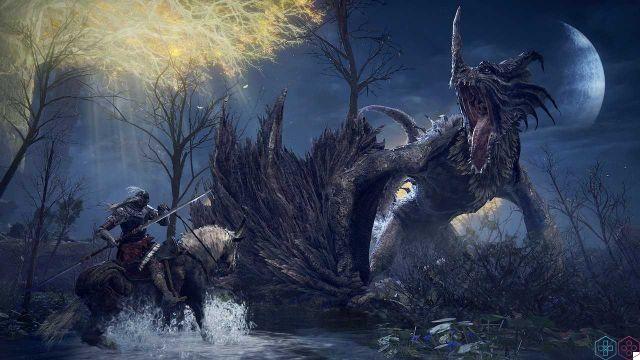 To wrap up his Elden Ring interview at Tokyo Game Show 2021, Kitao said that Elden ring development is progressing very well and that FromSoftware is doing its best to meet fan expectations. We remind you that the next FromSoftware title is expected on January 11, 2022 on PC, PS4, PS5 Xbox One and Xbox Series X | Yes, with a completely free next-gen upgrade. What do you think about it? Are you curious to finally get your hands on the infamous Elden Ring? Write it to us below in the comments, we will continue to keep you updated with all the news on videogame and tech! And if you are interested in game keys at affordable prices, we recommend that you take a look at the InstantGaming catalog!

Tokyo Game Show 2021: all the games announced and shown by Square Enix ❯

add a comment of Tokyo Game Show 2021: many details and news on Elden Ring!