To the Moon Nintendo Switch review: the best video game ever?

We tried the Nintendo Switch version of Kan Gao's masterpiece: To The Moon, find out in our review why we are facing the probable "best video game ever"

Talking about To The Moon isn't easy at all. It could be by taking a first look at the game: we are faced with a title with typical graphics of the 90s RPGs, a gameplay reduced to the bone and a good story. Here, this type of review would go to completely destroy all the magic that Kan Gao's team has managed to create within a game that has now become a real icon.

The title of this review, deliberately provocative, however, indicates the value that this game has within the videogame industry and within a broader framework that starts from a general consideration and delves deeply into the soul of all those who have had the privilege to play it. In this review of the Nintendo Switch version of To The Moon we will try to give substance to this concept by telling you some aspects of what is a real journey that has the moon as its destination!

A few words about Porting

The Nintendo Switch version of To The Moon is one of the things more apt that have happened in recent years within the market and the videogame world. In addition to maintaining the extreme but at the same time very appreciable graphic simplicity, the title never gives any problems from a technical point of view, even if, of technique (at least as regards performance) there really is. little to consider.

The sound sector is eccellente with music that is nothing short of exciting and perfectly tested for every game situation. The strength of this soundtrack lies in its recognizability: just listen to a note to make our brain and our heart understand that it is To The Moon. Music is the companion to an extraordinary adventure that fits perfectly into the console's perspective. Having this title available for Switch means having the opportunity to carry a small Pandora's box full of emotions, ready to be released at any time. 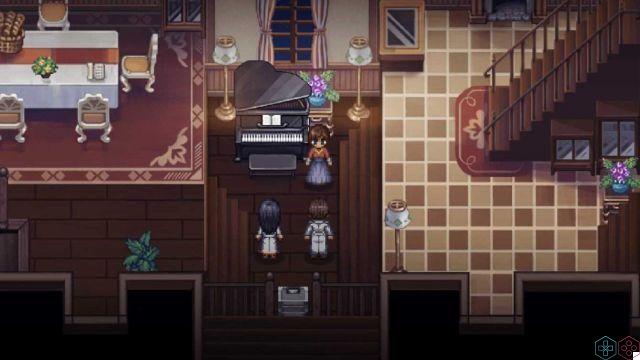 A Special Story - To The Moon Nintendo Switch Review

To the Moon is a title that can be played and enjoyed in an evening, or even an afternoon. We are talking about a longevity that is around 4 total hours. The story is superficially presented in a simple way but going forward and digging into the individual characters, we will discover branches that complicate the story. In the previous paragraph we talked about technique and the paucity of this last component from the point of view of performance. In To The Moon the technique is there and it is also of the highest level!

Let's talk about a technical capacity of writing of the characters, of the story and why not, of the script that raise this title in the firmament (to stay on the subject) of video games. The feeling is that of having one in front of you beautiful story that it was decided to tell through the videogame medium. The category of video games and all the professionals, therefore each of us, each single gamer, each single developer and each enthusiast they must feel honored from the work and choice of Kan Gao.

The version for Nintendo Switch further gives the possibility to know a work of this kind and to reach a wider audience, precisely because it is linked to a target composed mostly of children and at the same time by parents and children. This is a work that deserves a wide audience who can appreciate its extreme qualities.

A lump in my throat - To The Moon Nintendo Switch review

To The Moon makes you cry! Yes, To The Moon also makes you cry but above all, To the Moon excites. Emotion is something that, unfortunately, has often been relegated to a narrow niche of titles within the videogame field. Buying a ticket to go to the cinema, to go to a concert or even to go to a sporting event means acquire emotions that we will try.

Whether they are positive or negative is not relevant, the relevant aspect is precisely having the awareness of trying them and that that money spent, as much or as little as it is, has made all this possible. This game comes straight into this concept and becomes its spokesperson, precisely because it is able to do it travel within history and within ourselves and our memories.

Talking about the plot would not be correct, in our opinion, for all those who will approach this game for the first time, perhaps thanks to the Nintendo Switch version. Even the extreme would fail delicacy and elegance that the narrative is able to offer. Each word more would be superfluous, the only thing we feel we "recommend" is to fully enjoy this which is a real experience. 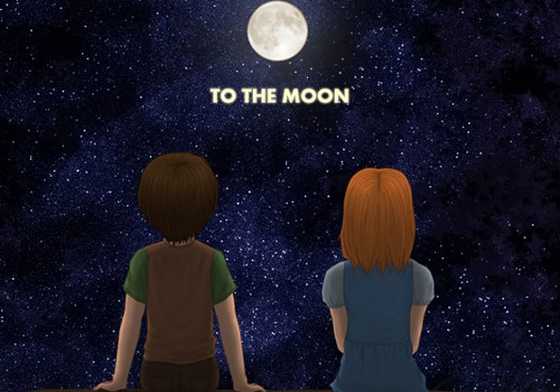 Pack your bags, let's fly to the moon!

This was ours To The Moon review for Nintendo Switch, a port that fits perfectly and makes this experience even more interesting. We have analyzed several concepts behind and within the making of this game, as well as the making of this version. We are faced with an excellence of the videogame panorama and it is right that the excellences are awarded with very high marks.

The vote you will see once you scroll down the page has also and above all taken into account the type of product that is To The Moon and consequently the market share to which it refers. A slice of the market which, in our opinion, represents a real spearhead and a reference for anyone wishing to undertake a similar path.

This was our review, keep following us on the techigames pages for more updates on the world of video games and more. Pack your bags, see you on the moon!

add a comment of To the Moon Nintendo Switch review: the best video game ever?