The Wardrobe review: I wish I hate you but I love you

It happens more and more rarely that a Spanish game manages to interest the general public. Could this point and click title be the exception? Let's find out The Wardrobe together in this review

Born from the minds of C.I.N.I.C. GAMES, a group of Spanish boys, The Wardrobe (here the official page) takes its cue from the old point and click nineties. It offers colorful and captivating graphics, with complex but not impossible puzzles, and a long series of pleasant quotes.

The game begins by introducing the character skinny and letting the player know how he became the skeleton in the closet of a little boy named Ronald. Initially, the player's goal will be to complete Roland's move to his new home, taking Skinny's closet with him.

The title, in addition to the main puzzles that will serve to advance the story, also proposes secondary puzzles that will add further narrative content by forming "stories in the story". The most interesting points of the game are three: funny and quality dialogues, characterization of the character of Skinny and the omnipresent quotationism.

The dubbing and the dialogues

Being made by a Spanish team, The Wardrobe did not need any translation, being natively proposed in Spanish. The acting is good, but you could have done a little bit better: in many points it almost seems to be in front of a reading and not in front of an interpretation. However, taking into account the low budget available to developers, expecting perfection even on such subtleties can be out of place. The dialogues are very pleasant. The jokes are made and studied with care and each inserted at the right point. The comedic timing is perfect and aroused my hilarity for the duration of the game. The voices of the various characters are all spot on. The one that remains most impressed is that of the black man: it was the best. If no programs have been used to modify it, I congratulate the voice actor. 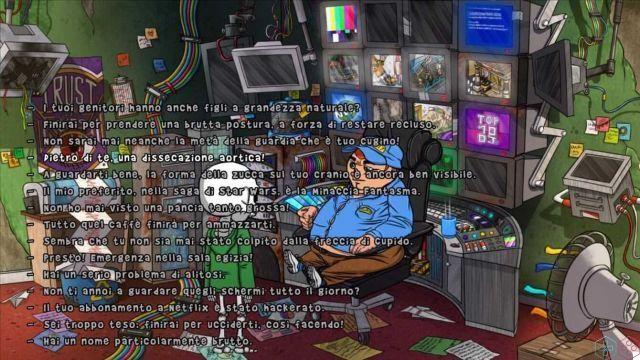 Skinny, I would like to hate you but I love you!

Skinny's character was perfectly characterized. This attention to characterization has generated in me a relationship of Odio et Amo that I would define almost crazy! A small skeleton that quickly goes from insulting the player, if he makes a manifestly wrong action, to proposing “brilliant” jokes about people and objects encountered during the game. The high point is the character's surprising ability to "break the fourth wall" while insulting the player, even managing to confuse the other characters in the game who, dumbfounded, wonder who Skinny is talking to. I am ready to bet, that despite the insults taken, at the end of the game you will remain very fond of the protagonist! 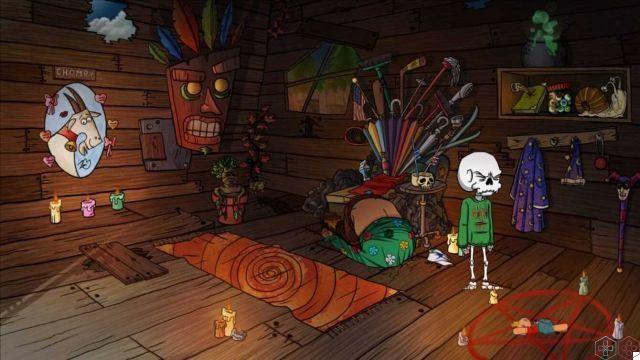 The Wardrobe is the video game every nerd should try

In this game there are many quotes taken from movies, TV series, comics, anime and manga. It seems to be done on purpose to please the lovers of the "nerdy world". Think about your favorite video game, for sure you will find something that reminds it. This feature adds longevity to the game, the player is very willing to spend a lot of time on each scenario. Above all to listen to Skinny's jokes, but also to be able to find the various quotes! 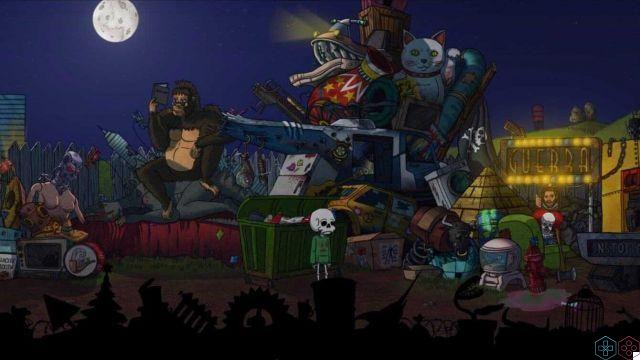 In conclusion, I can say that The Wardrobe is a pearl in the Spanish independent videogame panorama and beyond. It also offers a good translation / dubbing in English.

It is possible to buy The Wardorbe on Steam at a price of around € 15. Definitely moderate price compared to what it offers.

Let us know in the comments if you plan to buy it or if you have already tried it!

add a comment of The Wardrobe review: I wish I hate you but I love you