The Old Hunters (Bloodborne) review: when the DLC surpasses the master

The Old Hunters is a great example for anyone who wants to develop additional content: From Software builds another center, offering new content for one of the most important exclusives in the PS4 catalog. Let's find out in this review

Thanks to the Easter discounts, which have been over for a while now, I decided to pick up the story of the good hunter and Yharnam and, although aware of the delay with which I arrived on the piece, I decided to give you my impressions on what, according to many, is the DLC that completes the best exclusive on the market PlayStation 4. Thanks also to the time that has elapsed since the release, I feel a little freer from the chains of spoilers, however I will try not to lead to an article that reveals every secret hidden "in the hunter's nightmare".

This expansion could be summed up in very few words, it contains the essence of Bloodborne raised to the nth degree. The problem is, when I say everything it means strengths but also defects, but let's go step by step. First of all we can say, without hesitation, that if you loved the base title, you can only adore its continuation. In fact, all the gaps that the community complained about (such as the shortage of weapons and a lore with a few too many holes) have been filled.

In The Old Hunters there are a myriad of ways to continue having fun making your way through the beasts and hunters now intoxicated by blood, the latter I have not named them without reason as they will be, for a large part of the game, at the center of the plot and the gameplay itself. In this DLC we will find weapons with a crazy range, including an extendable saw that will make those who love to fight from a distance fall in love. Luckily the guys from FromSoftware they have also implemented a more common drope rate with regards to fragments to enhance the weapons found and have inserted high-level gems so as not to oblige, who has just restarted the game, to have to go through the difficult phase of the Chalice.

The flaws already present in the original game remain, despite a substantial patch downloaded at startup. In particular, during a certain boss fight, it was not possible for me to fight with the lock active as the camera went crazy, making me constantly lose the hitboxes of the walls. Also, more than once, I have been killed or killed by hitting through massive columns or walls. However, if you have managed to put these defects aside previously, you will also succeed in this new adventure, thanks also to a level design that is reconfirmed as exceptional and that is capable of overshadowing everything else. 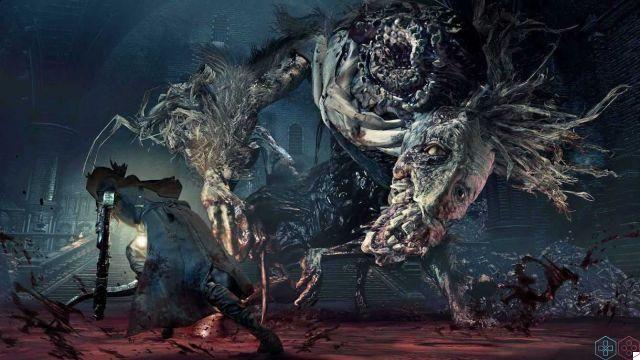 Another point in favor of the title is the possibility of being able to face four bosses, plus an optional one, almost all programmed to make the battles truly epic. In particular, a boss battle remained impressed on me and I do not think I exaggerate in saying that it is one of the most beautiful battles ever faced in my videogame career, both as regards the artistic sector and as regards the purely played part.

In conclusion, despite The Old Hunters keep the historical flaws of the saga, Bloodborne a great title is reconfirmed and this expansion, which lasts about ten hours (if sifted through properly), is the icing on a mortally good cake.

The Old Hunters maintains the historical defects of the saga, Bloodborne reconfirms itself as a great title and this expansion, which lasts about ten hours (if sifted through properly), is the icing on a mortally good cake.

add a comment of The Old Hunters (Bloodborne) review: when the DLC surpasses the master