The Legend of the Five Rings: the RPG inspired by feudal Japan

Product created by the famous Fantasy Flight Games and published in Spain by Need Games !, let's talk today about The Legend of the Five Rings, a game that promises us to revive the epic dramas of feudal Japan.

You will go and interpret Samurai faithful to their lord but also tempted by passions, always poised between the Bushido code and their personal desires. Find out more in our in-depth study.

The Legend of the Five Rings: The Handbook

Before talking in more specific terms about the game, it is right to spend a few words to describe the manual of The Legend of the Five Rings. We know: part of roleplaying is also having the manuals for our favorite games. For all those (such as those who are writing these lines) who like to leaf through a well done manual, will find in L5A an unparalleled care. In fact, the manual should only be purchased for the beautiful illustrations adorning its pages, and could very well be sold as artbook.

Need Games! then it was surpassed, bringing us an extremely curated Spanish edition too in the manual materials, with a thick and resistant paper that enhances the bright colors of the aforementioned illustrations. If a product were judged only by its aesthetic sector, L5A would be an excelled RPG. Fortunately, it is not only in this respect.

The Legend of the Five Rings: the Rokugan

The Legend of the Five Rings Handbook has a very special way of presenting the setting. In fact the the first of the eight chapters present is the only one specifically dedicated to the description of the Rokugan, the fantasy world inspired by feudal Japan in which the events of the game will be set.

The peculiarity is that this first chapter is extremely concise, in fact all the important aspects are described in about twenty pages. Religion, Rokugan society, Bushido and the Great Clans are described in these few pages. This can leave you feeling alienated from a setting that seems extremely layered and complex. 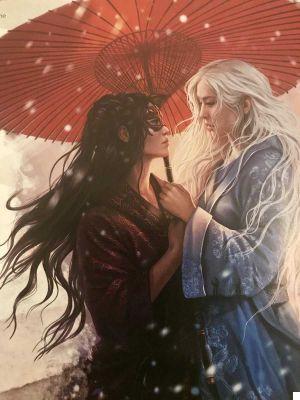 This impression, however, vanishes as soon as you deepen the reading of the manual; in fact the Rokugan, its people and its culture they are described accurately in the following chapters of the game. For example, in the section of creating your own samurai you would expect to find a list of characteristics based on his clan, which happens but only in part; in fact, each Great Clan is also studied in depth in terms of narrative and role-play; describing in addition to the statistical bonuses the knowledge, the culture and how it interprets the Bushido.

Therefore, an advantage of L5A is to be able to find a perfect amalgamation between the setting and the normal mechanical rules from RPG.. This without ever separating them completely.

The Legend of the Five Rings: the Samurai

L5A requires players to play a specific type of character, namely a samurai, guided by the Bushido code. The creation of our PG goes through a series of 20 questions that will determine the key aspects; family ties, role in the court of his lord and relationship with his clan are just some of the questions we will be asked during the character creation phase.

Important in this phase is the School of the character, which will determine which "type" of Samurai we are going to interpret. In fact, the Samurai are not all warriors, but there are many types according to the chosen School: we have in fact courtiers, shinobi, monks, artisans, bushi (the fighters) and the shugenja (those who invoke the spirits). We can therefore compare the School to a character's class, for those accustomed to the mechanics of Dungeons and Dragons; though here the role-play is even more integrated with the game mechanics. 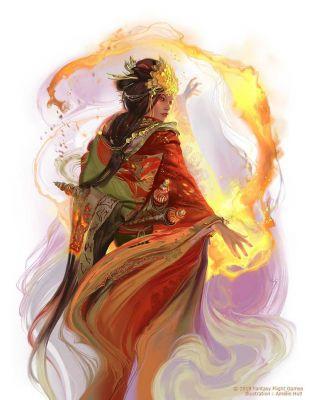 When creating a character it is also important to choose a ninjo and the giri, that is desire and duty. The L5A manual in fact emphasizes this aspect a lot; they advise Game Masters to tell stories where the duty of the characters is often tested by their human desires. This aspect in fact seems to be one of the central points of narrative works centered on the samurai.

The Legend of the Five Rings: the game system

The game system of The Legend of the Five Rings is very particular and layered. Let's start by saying that each Characters has the 5 Rings that give the game its name. They are Air, Water, Fire, Earth and Void. Each of them represents a "approach" to the game world; for example the Ring of Fire indicates that the character uses his fiery and recklessness to reach a certain end; on the contrary, the Ring of the Earth indicates a cautious and moderate modus operandi; Water, on the other hand, involves flexibility and agility of body and mind.

Then there are five groups of skills (artisan, social, intellectual, martial and trade) which in turn group the specific skills. Each skill has the particularity of being able to be used with a different approach (indicated by the corresponding Ring). For example, a martial arts test with a katana will be different based on the Ring chosen; with that of Fire we will attack our enemy relentlessly to the point of overwhelming him; with the Air one instead we will dance with feints and acrobatics on the battlefield.

Each Ring provides a different type of approach for each skill group, so there are 5 types of approaches of the same ring based on the chosen skill category; for a total of 25 different approaches. It is therefore easy to understand how the game has an uncomplicated regulatory skeleton, but very layered and that requires careful study by the game master and the players. 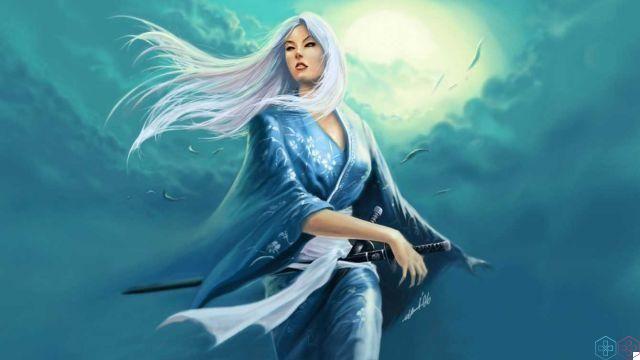 But how does test resolution work in L5A? The basic mechanism is similar to many other RPGs; theThe GM decides how difficult a test is to pass under the circumstances. This difficulty will be represented by a number from 1 to 8, the higher the number the more difficult the test will be. The GM will also decide which Ring the Character will use based on how he wishes to perform the action. The character will then roll a number of dice based on the Ring value and skill chosen.

The Legend of the Five Rings does not use traditional dice but specific 6-sided dice (for Rings) and 12-sided (for skills). They are not equipped with numbers but with symbols that indicate success, explosive success, opportunity and upset. If the first two have more mechanical and intuitive effects, opportunity and disturbance are a little more particular. Opportunities can be spent both to activate particular additional effects of his abilities, and to add narrative details that will affect the game scene. Disturbance, on the other hand, indicates the emotional turmoil of a character and his ability to maintain the decorum expected of a samurai.

When a character accumulates too much upset, he will lose control and reveal his emotions and human weaknesses. An unpleasant situation to be in for a member of the rigid samurai caste, where appearance is everything. These purely narrative mechanics (but not only) are extremely interesting and are perfectly integrated with the setting. We therefore emphasize once again as one of the greatest advantages of L5A is that of proposing game mechanics functional to its setting. 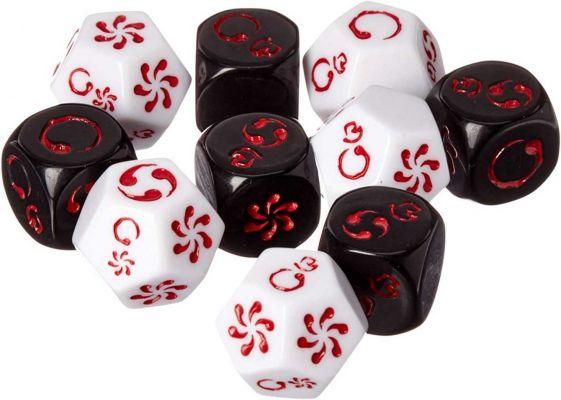 The Legend of the Five Rings: Final Considerations

The Legend of the Five Rings is an RPG that makes its regulatory depth and setting its main strength. However, it is also its main "defect": in fact, the game is designed for a certain type of game group; willing to "commit" to make the most of this complexity. Not suitable for those game tables used to the classic fantasy campaign full of humor and heroism; it is necessary to describe well what kind of game you are going to play in session zero to avoid leaving someone unhappy.

Ultimately the Legend of the Five Rings is an RPG that makes theunion between mechanics, role-play and setting one of its strong points. If we then add a love for the historical era to which it is inspired that oozes from every page; We can therefore only recommend it to all game masters who are passionate about feudal Japan or who wish to try a type of campaign where the atmosphere becomes an integral part of the game itself.

The 10 worst things for anyone who loves board games ❯

add a comment of The Legend of the Five Rings: the RPG inspired by feudal Japan