The Last of Us Part 2 Review: If I ever lose you, I lose myself too

The sequel to the first Naughty Dog masterpiece is finally here, after playing it and after getting excited, we are ready to take stock and give an overall judgment in this review of The Last of Us Part 2

Not surprisingly, when it comes to Naughty Dog we need to talk about excellence and the first chapter of what, with this second title, we can define a saga, represented precisely this: excellence, obviously related to its generation of reference. Did this sequel manage to meet expectations? Let's find out together during this review of The Last of Us Part 2.

Before getting into the real heart of this review of The Last of Us Part 2, we believe it is right to retrace the history of this title for a moment. By story we don't mean the actual storyline within the game (which we won't do NO SPOILERS in the course of this review, neither as regards the first, nor as regards the second chapter), but the story of a brand like The Last of Us.

The first chapter was published by Naughty Dog on the occasion of the end of the previous generation, thus offering a well-deserved and extraordinary swan song to the much loved one PlayStation 3. The title was then released in a remastered version for PS4, although there was very little to "remaster", considering the technical miracle that the developers got on the old Sony console.

This sequel has had a troubled history to say the least, between postponements, spoilers, various leaks and lots and lots of hype, we finally managed to play it and immerse ourselves in a world that really was there missed. A world lived and made complete by iconic characters, above all Joel and Ellie, around which the events of this second title will also revolve. No more chatter e let's continue with our review.

Naughty Dog, you know, if there is something that is never wrong (and by never we really mean NEVER) this is it the narration. The Last of Us, first chapter, shone in several respects but one of these, probably the most prominent element, was precisely the quality of the narrative. With quality of storytelling we don't mean the story itself, but the way this story is told. There is a reason why it is difficult to forget scenes, dialogues or moments even after many years and, in our opinion, it will be difficult to forget the scenes, dialogues and moments of this The Last of Us part 2 too.

Naughty Dog has managed to improve an already excellent element and has managed to do so with a series of choices and insights that, until now, they have had little to do with the videogame medium. The narrative of The Last of Us Part 2 manages to take the video game to a new level, giving this extraordinary tool, an extra value and more weapons to exploit. This title manages to put a reality in front of the player's eyes that, however, at first one is not able to fully understand.


The greatness of this operation lies in the stimulate the search for the emotion that you know will come sooner or later. A continuous search towards an emotion and towards the understanding of what is happening, this is what this work manages to convey and this succeeds in doing it with extreme delicacy and extreme strength at the same time. 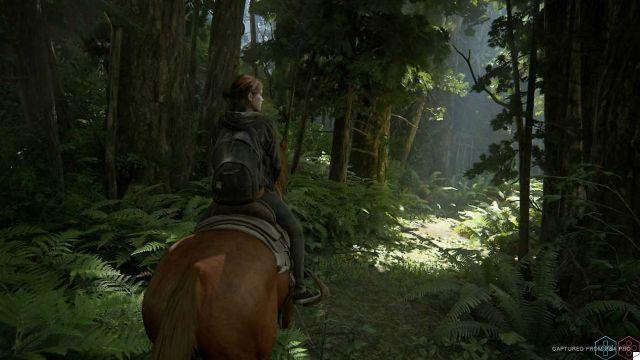 One of the criticisms, if there was the possibility of criticizing, the first chapter was, over the years that separated us from this second title, relating to the gameplay and to his being quite gaunt, especially in the combat and exploration phases. Has The Last of Us Part 2 managed to improve itself in this respect too? Yes that would be an answer a little too dry and that it would not put the right burdens on the work done by the developers. In this second chapter we will have the opportunity to know even more the world of The Last of Us.

This happens with an opening, not total but still quite wide, of the game world and of what we can commonly define "map". In our opinion, however, Naughty Dog has decided to shift attention on another element. Rather than the vastness of the world, Naughty Dog has decided to focus on the environments. Environments that manage to involve us totally in the story and in the situations in which we will find ourselves playing.

This means that The world of The Last of Us Part 2 is not a huge world, at all, but it is a full world, which manages to develop under different aspects and allows many different approaches to situations, going to rejuvenate and evolve a gameplay that is so simple, but at the same time so satisfying.

Furthermore, this care in the development of the environments will be made available to the narrative itself, thus also extending the concept of plot and going to add and make fundamental what we have learned to know under the name of: lore. One lore, however, not unnecessarily cryptic or excessive, a lore perfectly dosata, capable of increasing our desire for exploration. 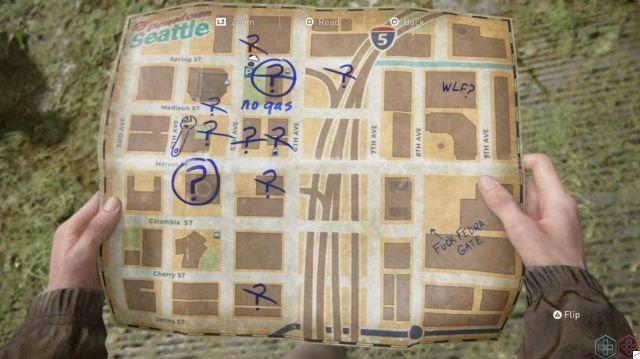 Time to Fight - The Last of Us Part 2 Review

In The Last of Us Part 2 you fight, and you do it even for several of the hours (about 25-30) that you will spend on it. It will be done with different weapons or you will do it using melee attacks. The opening of the world, as we have just said, allows for different approaches. We will have the opportunity to overcome some areas not killing any enemy, or doing it silently or, if he goes there and if we have anger to vent, killing all enemies present even with extreme aggression and violence. The latter represents a very interesting element.

The violence present in this game and which penetrates many of its moments, is perfectly contextualized and you can appreciate it not only for the extraordinary beauty of the animations with which it is reproduced, but also for the extreme coherence with the underlying narrative.

If we wanted to go nit-picking, it must be said that it makes itself felt a bit the lack of a jump attack (or more simply from above or falling), given the complexity of the structures we will explore and how these same structures are developed perfectly in vertical.

In addition, one could also add little variety in silent kills but these are absolutely two elements that are wrong minimally and to no extent to affect the enjoyment of the title and the fights, also because, the yield of these moments stands at truly impeccable levels. 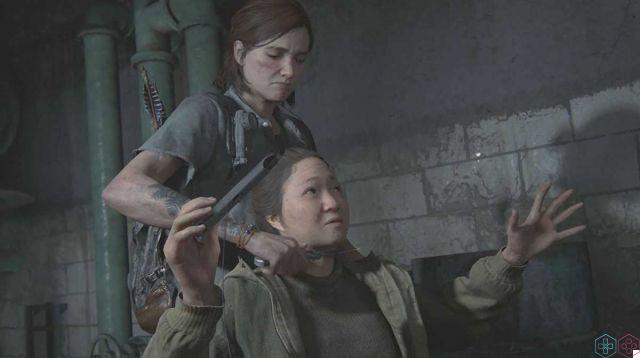 Always a technical reference - The Last of Us Part 2 Review

Speaking purely of technique we are faced with a excellent product from all points of view. However, a small and brief note must be made. The jaw-breaking effect that the first The Last of Us on PS3 managed to achieve here, at first, does not happen; then there will be phases in which we will really remain open-mouthed at the quality of what we will be seeing. That effect will not come because, however, this generation has accustomed us to excellent graphics, just think of games like God of War, like Red Dead Redemption 2 and above all just think of Death Stranding.

The visual quality of The Last of Us Part 2 is absolutely undisputed, as is the art sector as a whole. Extraordinary attention to detail, especially of the many internal environments able to offer unique emotions: admiration, anguish, a sense of freedom and a series of sensations that can only be experienced thanks to the care that Naughty Dog has had. The title is really optimized at best, never a drop in frames, even in the most excited phases even if, our PS4 Base (on which the test took place) managed to make us listen a chorus not always relaxing or pleasant because of (or thanks, depending on your point of view) of hers fans.

The character models are also perfectly made, as are theirs animations and facial expressions, absolutely monstrous as much as they are beautiful and realistic. We will be able to share pains, joys, anger and various emotions even just by moving the camera on the faces.

Some very slight graphic glitches and some small interpenetration were found, but these are really details of very little importance that do not affect the technical judgment of this title in the least. Last element: the soundtrack, crazy, like that of the first chapter, with the introduction, in this case, of the possibility of playing the guitar via the touchpad of our controller. 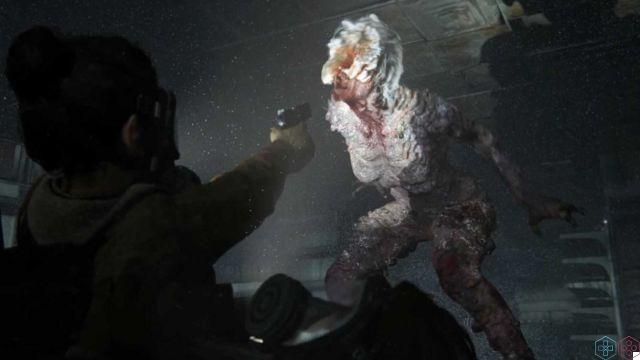 Yes, it is a masterpiece of this generation, the culmination of a very delicate phase of the industry, a phase in which the videogame is now clearing all the prejudices that have always conditioned it and is placing itself like other artistic means and, if we wanted to choose an exponent to compare also with other types of works (although this is a silly and meaningless operation) this would (or could very well be) definitely The Last of Us Part 2.

We just have to thank Naughty Dog for the product they managed to offer us and we just have to take off the famous and metaphorical hat, clap and play and replay an absolutely exceptional videogame.

10 The pinnacle of a generation!

add a comment of The Last of Us Part 2 Review: If I ever lose you, I lose myself too