The Last Guardian review: a video game divided between mind and heart

The Last Guardian is a video game that can put players to the test. A technical sector that is not excellent and a camera that is not well thought out can ruin a unique experience of its kind. However, if you manage to overlook its many flaws, you will have the opportunity to experience an unforgettable story

The Last Guardian it touches deeply and returns incredible sensations, capable of making everything seen in recent years pale.

The Last Guardian it's a troubled title. Which has traveled through a long development and spanned more than a generation. All this is shown within a title with major technical shortcomings. For many players the memory of this video game will not be happy, but for those who have believed in it to the end The Last Guardian it will not be just a video game, but an unforgettable life experience. 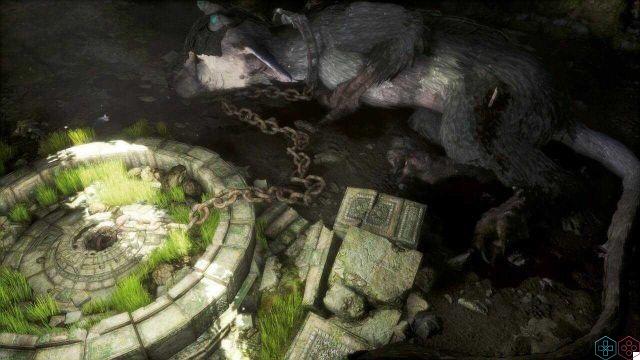 The Last Guardian has a simple but effective story, capable of melting even the hardest of hearts

The story of The Last Guardian for most of the game it must be read between the lines. In the role of a child we wake up to a colossal beast, thin and tied with a chain. Soon our instincts will prompt us to make friends, with the animal that will immediately show itself suspicious and shy. Thanks to a little food we will be able to get close to the beast that is lying in pain, due to some spears that tear its flesh. With no little effort we will be able to free the animal which, although still suspicious, will follow us.

Telling a lot about the plot of this game would be like depriving you of the taste of discovering the killer of a detective film ahead of time. I'll just tell you that the story is capable of arousing emotions that you can find in almost no other video game. The Last Guardian it doesn't have an articulate plot full of twists, simply because it doesn't need it. It tells the story of a child who needs the help of an animal to be able to continue on his journey. Soon the need to continue will give way to the desire for friendship. An indissoluble feeling that is breathed with every step forward. 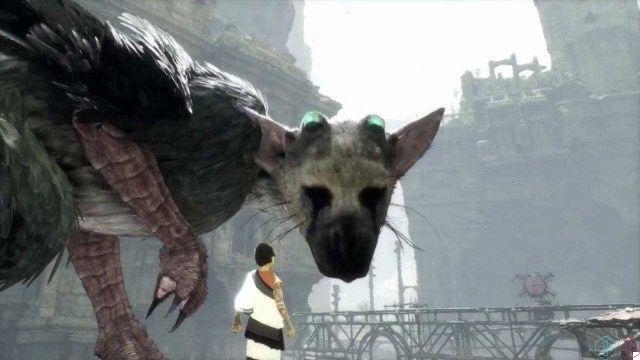 The Last Guardian is a wonderful game. Or rather it would be without the technical gaps, capable of ruining the gaming experience

The Last Guardian  does not have a technical sector to be proud of. The camera does the "tantrums" and at times it is unmanageable. If you try to go from under an arch in the saddle Tryco (this is the name of the animal) the camera will frame the wall most of the time. During the platforming phases of the game it will be necessary to deal with the game view, which will not always be optimal.

As for the graphics sector, it is easy to see how many textures are rendered in low definition. But the game is still very pleasing to the eye. Each scenario will have the appearance of a painting drawn with watercolor colors. The backdrops, despite the general "graphic quality", remain capable of disarming and making the mouth open at the sound of the word "wow".

Asset recycling is also present and more than once it is easy to understand. But it does not give a feeling of redundancy that can annoy. On the other hand, the music is a delight for the ears. Able to better emphasize every moment of the game. 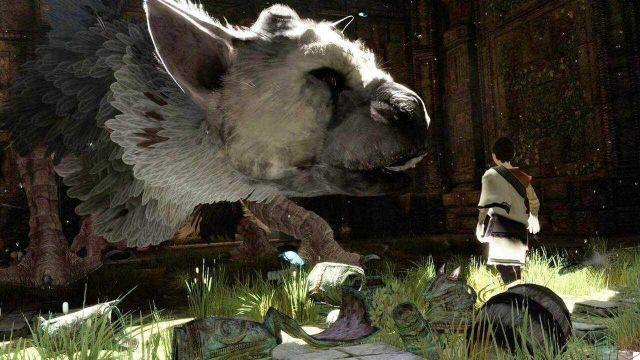 The Last Guardian gameplay is varied, complex and complicated. But simple at the same time. Which makes this video game seem almost magical

If I had to limit myself to describing the gameplay of this one The Last Guardian, I could write that it is a platform title with strong puzzle elements. But I would do nothing but belittle what it really is.

The Last Guardian builds its gameplay on the relationship that is created between the child and Tryco. To earn the animal's trust, you will need to feed it and perform other common gestures that are seen in the interaction between human and animal. A few caresses from time to time won't hurt. We will need our feathered friend to continue but, conversely, he will need us. If a ledge is too high to reach we will have to use Tryco's body to reach it. On the contrary, if a gate blocks the way to our friend, it will be up to us to find a way to open it.

During the fighting Tryco he will protect us and will do everything to be close to us. Continuing with the adventure it will be our pleasure to help him during the battles, as certain enemies cannot be destroyed by Tryco without our help. 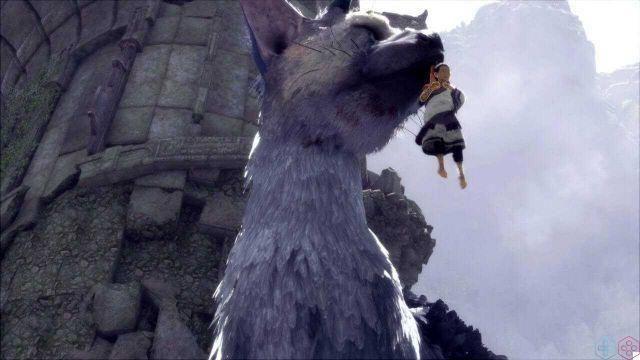 The game created by Smoking Ueda angers for the woodiness of the controls and for his camera. But he remains able to score every gamer who will reach the end of the video game.

The relationship of friendship that is created between the child and Tryco it is something indissoluble and, more than once, you will feel bad for your feathered friend. With each jump you will hope to get to the other side, with each injury sustained by your virtual friend you will suffer in the real world. Any emotion generated within the game will go beyond the fourth wall and hit you right in the face.

The Last Guardian it is not a game for everyone, but only for a select few who can see beyond the iron curtain created by its technical problems. If you manage to overcome the mistrust you will have the opportunity to experience a story, a journey, which you will never forget!

add a comment of The Last Guardian review: a video game divided between mind and heart