If you want a home-made marketed board game, follow this guide: you will discover how easy it is to have fun without spending a euro

Have you ever found yourself wanting to challenge someone to a board game and get annoyed for not having it in your hands? Here is a list of some commercial titles that can be easily recreated with a few tools and for free: the homemade game! I am sure that, with a bit of imagination, you will be able to invent others.

Lupus in tabula - Game made at home and then marketed 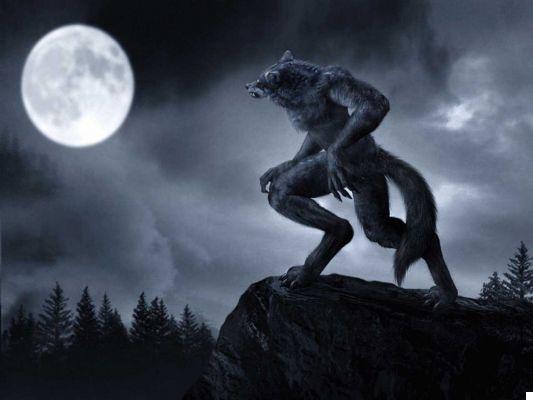 Rebuildable with: a deck of cards.

Marketed by dV Giochi, Lupus in tabula resumes a classic partygame spontaneous also known as Lupus, Mafia, Werewolves, Witches. Highly recommended for evenings with many participants, however, it is boring for all those who were killed at the beginning of the game.

Mechanics: in a village every night someone is torn to pieces by werewolves, so the inhabitants organize themselves to lynch a suspected wolf every morning. The game is led by a special player called the narrator (mayor, village chief) who dictates the phases of the night (when the wolves wake up and eat someone) and of the day (when the inhabitants discuss animatedly about who could be a werewolf and at the end they lynch him). Each player has a card that identifies their character, secret from the others, and during the night all players keep their eyes closed, except when the narrator orders them to wake up and act according to their character's rules. Next to the wolves there are also the seer, the little girl, the bodyguard.

Other versions provide for the presence of mobsters, witches or other entities who kill at night, but the mechanics are the same.

Lupus can be worthily made at home with a simple deck of cards and deciding, for example, that the spade cards are the wolves, the knave is the seer and so on. Care must be taken to agree on the rules and abilities of the various characters. Alternatively, write role cards!

Note: the original party game includes the figure of woman of easy virtue, character whose rules have been poured into the bodyguard. 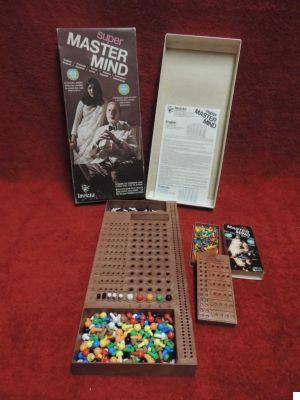 Released in 1970, Mastermind takes its origins from a pencil and paper game, which can still be done at home today. Classifiable as an abstract cryptanalysis game, it sees two players challenge each other: the challenger, or encoder, creates a secret code that the challenged, or decoder, must decode in a given number of moves.

The commercial version involves the use of a series of colored pegs that the encoder uses to create a 4-digit code (sometimes 5). The pegs are fixed in 4 holes and then covered (only the encoder can see it). The challenged attempts to guess the code by placing as many pegs in a line of holes. At that point, the challenger declares how many pegs there are right in the right place and how many right in the wrong place. The challenge continues: the challenged tries a new code and so on until either OR guesses it OR runs out of possible moves.

By the way… isn't the picture on the 1970 Mastermind box creepy nowadays?

Forza 4 is a challenge of attention to detail, and is simply re-created on a sheet on which a rectangle can be drawn, inside which, if the sheet does not present any, the squares should be drawn. And then ... challenge! Crosses against pellets simulating the force of gravity, all homemade!

For the more intrepid, simply pull the baseline, leaving free rein to the width and height of the playing area.

For the extremes, not even that: you decide a starting point, in the center of the sheet, and you establish the possibility of spreading over the entire plane to create your own line!

It is not a commercial game, but it is possible to build it to entertain adults and children (not recommended for children). It is necessary to draw a board of 3 × 3 boxes (or build it on cardboard) and then use objects of three different colors as pawns (the caps are perfect), possibly green, yellow, red. Checkers are common.

Rules: only one of the following actions can be performed each turn:

No, you cannot replace a red token with a green one.

Victory is awarded to whoever creates a trio of pawns of the same color.

To make the three-of-a-kind semaphore with pen and paper at home, just draw the scheme (the same as the classic three-of-a-kind) and then decide on three symbols that cover each other, for example:

It is often really easy do not fall prey to consumerism, a pinch of ingenuity is really enough to have fun with few materials!

The Kingdom Hearts board game is coming in 2019 ❯