The panorama of developers alone never ceases to be talked about. Today in this review we want to talk about the Warrior Edition of The Falconeer for PS5, indie completely curated and developed by the only developer Tomas Sala

The flight simulator (but not only) by the developer alone, had previously been distributed by Wired Productions in multiplatform. Following the moderate success already obtained in the first weeks of the release, Tomas Sala has decided to develop a series of DLCs for The Falconeer, included in this new edition. Between hawks, dragons and flying duels let's discover together the PS5 version of The Falconeer: Warrior Edition!

As vaguely anticipated, The Falconeer is a flight simultaore shooter open world. Riding his hawk, the player will have to juggle the skies of an archipelago of islands to carry out the tasks that will be assigned to him by the inhabitants. During the carrying out of these missions, we will find to face different creatures and fearsome opponents divided by factions and characterized by political-geographical ties. The missions are mainly divided into two categories: story-related missions and side missions. The former tell the lore of the world built by the developer, while the latter allow you to earn fundamental money to obtain new objects or to change and enhance your bird.

The Falconeer, as already mentioned, is staged in a fairly vast and interesting open world that deserves to be explored from top to bottom. By freely exploring the vast game world, the player will be able to track down mysterious places, meet other civilizations and enemies to be killed. In addition to pure and disinterested exploration, as anticipated it will be possible accomplish some missions. The most common are those of recovery or freight transport, and those of defense of the islands. At the center of every mission we find aerial combat, true focus of the game.


Clashes are certainly not the most innovative component of the game. Simply, between tacks and stunts, the player will have to make sure to hit their target until it is destroyed. This could all be made more interesting by the characters' stats, not exploited to the fullest. Each bird has characteristics that make it suitable for one style of play rather than another. This should allow players to explore different mission strategies and approaches. In fact, however, the statistics are confusing and do not fully reflect the actual characteristics of the characters. Net of this, the choice of the character is unfortunately limited only to simple aesthetic differences, but nothing more. 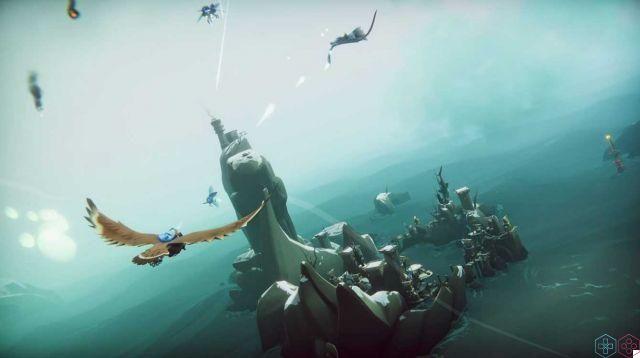 In this The Falconeer: Warrior Edition, all the DLCs of the game are present. In particular, in this edition we find both "The ends of the world" and "The Hunter". The first DLC contains a series of additional missions and a new boss to defeat. The second, he adds a new class, a new bird to drive and various objects for customization. To access the content of these DLCs the player will have to continue with the adventure, so some classes will require you to use a new character during a game already in progress. This feature is particularly inconvenient, and we don't actually understand the developer's choice in this regard. 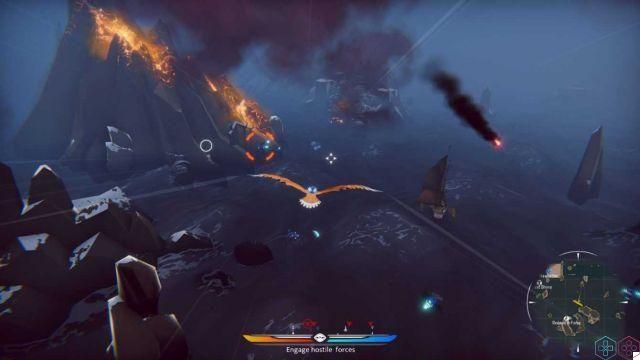 Look and feel – Recensione The Falconeer Warrior Edition per PS5

On the "aesthetic" sector of The Falconeer there is a lot to say. While on Nintendo Switch the technical castration was obvious, affecting the final experience, on PS5 this problem is completely solved. Thanks to the characteristics of the Sony console, the low poly graphics of the game are both minimal but interesting, giving breathtaking views and wonderful views. All this is enhanced by dynamic weather and the passing of time, which contribute to variegate the characteristics of the game world. The only discordant note the excessive incisiveness of the wind, which makes the steed uncontrollable or otherwise difficult to maneuver.


Another discordant note, which disturbs a lot during the course of the adventure, is the interface of the NPCs. For some strange reason, the developer has introduced a communication system with NPCs that includes a textual part and a window where the character we are communicating with actually appears. The result is a portion of the screen cluttered with too many elements (when they pop out) that inevitably disturb the player and are abusive on a decidedly deserving view. 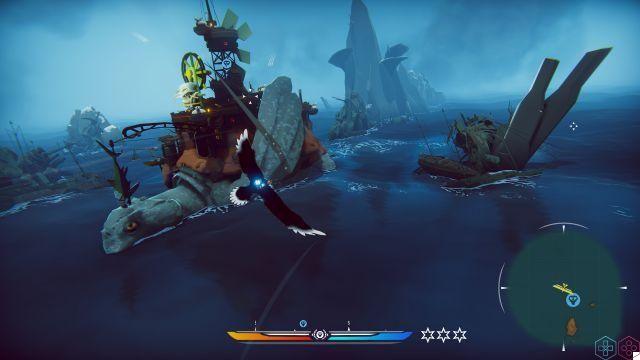 At a time of the Great Ursee

Well friends, in conclusion to this review of The Falconeer: Warrior Edition for PS5 we find ourselves, as always, to sum up the game. The Falconeer amuses and entertains, although the underlying idea could have been better developed. If on the one hand the simplicity of the game makes it perfect for passing time, on the other hand all the limitations of a title developed by a single developer shine through. Although the aesthetic sector as a whole convinces (interface aside), the world is full of secrets to discover and the fighting is fun, little else remains under the surface. The presence of the DLCs in this Warrior Edition are a good added value, also justifying the price on the store. Recommended? If you like the genre, or are looking for something light, it is worth giving it a chance.

The Falconeer: Warrior Edition is available on the PlayStation store at a price of € 29,99. As always, we greet you and invite you to stay connected on techigames for more reviews, guides, news and much more from the world of video games. Also, don't forget to check out Instant Gaming for always discounted games.

7.5 Fun without too many pretensions

The Great Ace Attorney Chronicles review: past court challenges in this spin-off ❯

add a comment of The Falconeer: Warrior Edition for PS5 review