The new DLC set in Greymoor is finally out. The Elder Scrolls Online: Stonethorn adds two really interesting new dunegons, let's find out in this review

It hasn't been long since we last got our hands on The Elder Scrolls Online: Greymoor. An expansion that we particularly liked, while not revolutionizing the game and simply adding content to a perfectly healthy MMORPG. In case you want to know more, we will direct you to our review immediately. Useful to view, especially if you want to have a better overview of what we are going to cover today. In fact, the new add-on content for The Elder Scrolls Online has just been released titled Stonethorn, we played it and we will tell you what we think in this review.

Between stone and brambles

The contents that we are going to deal with, have been introduced with update 27, available for all players. Important in that it introduces some performance improvements and represents the third installment of the Dark Heart of Skyrim. However, we know that this new DLC is highly anticipated for its two new dungeons: Stone Garden e Castle Thorn. The latter in particular, are instead accessible only to those who purchased the additional content from the shop at the price of 1500 Crowns, approximately EUR 15.

Once the payment has been made, the Stonethorn contents are easily accessible even to those who have not finished the main story of Greymoor. We warn you, however, that thehe narration takes place just after the grand finale, it is therefore assured that you will run into some spoilers. Having said that let's go straight to his review and understand what Stonethorn brings to the universe of The Elder Scrolls Online.

Access to the two new group dungeons is done in the traditional way, whether through the dungeon finder (from level 45) or from its entrance. The first we tried was Castle Thorn, located in an isolated area south of Solitude. Arrived on the spot surprisingly we meet Gwendis, a face well known to those who ended the Greymoor story. We immediately discover that she was sent to Castle Thorn to investigate Lady Thorn, a very ancient vampire who is allegedly plotting to attack Skyrim. After a short chat, we start immediately by breaking through the castle door and entering the heart of the dungeon.

The first boss is a poor mastiff defending the castle that is unlikely to give you real difficulties in combat. It then continues with a pace very similar to that of other ESO dungeons: long corridors and many enemies to be killed alternating with bosses. The environments are very pleasant and represent a real concentration of what we have already seen in the whole vampire expansion. THE thirteen different places in all they form the credible composition of a Gothic castle. Moreover, thanks to the small size of the rooms, the rooms seem much more rich and detailed than those of the base set.

Between Golem and Gargoyle, you will proceed to defeat some very tough bosses: Dread Tindulra, Blood Twilight, Vaduroth, Talfyg and Lady Thorn. Everyone will be able to give you a hard time, especially in Veteran difficulty, where coordination between team and tank is definitely essential. The strategies to know to deal with them are not revolutionary, but we have recognized a particular pattern. The bosses they will take advantage of the effect areas a lot, requiring the player to constantly move. Lady Thorn is the apotheosis of this concept. 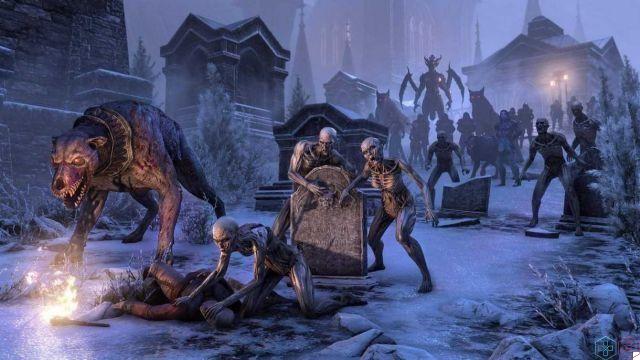 Stone Garden is our next dungeon and lies beyond an inexpensive, dirt-soiled and root-covered entrance. Here we find Gwendis again, who warns us of a dangerous presence inside. One crazy scientist he would live in these places and be conducting horrific experiments to control mutations. The more we go into its places, the more we realize that we are inside a large laboratory. Themed with this, the dungeon offers clashes against mutations and dangerous constructs.

The dungeon obviously offers some challenging fights, but in this case only three. However, the number of bosses is balanced by a very interesting mechanic, which will also facilitate your fights. In fact, sometimes you will meet alchemists capable of transforming themselves into werewolves, when you have killed them you will temporarily obtain a mutazione in Werewolf Behemoth.

In this form you will do a great deal of damage and can use one unique set of skills before returning to normal form. Also, if during the exploration you have obtained enough ingredients, you can brew some potions able to boost your stats in wolf form. A great encouragement for exploration, especially if there is a whopping 50% more damage between the boosts. After sabotaging the laboratory, the transformation will also help you with the final boss: Arkasis the Mad Alchemist. 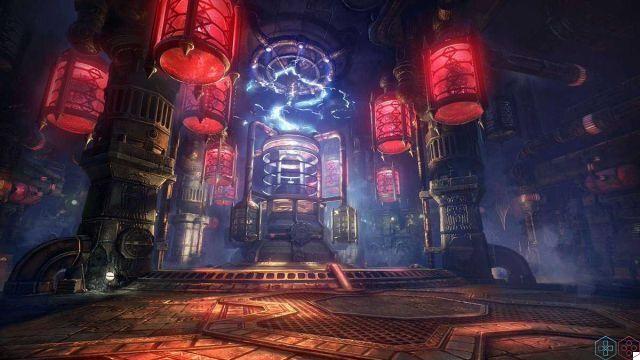 If you're more interested in rewards than dungeons, Stonethorn has plenty of them. Each dungeon will give you a way to get their unique sets like the agonized Monster Helm Set: Stone Husk and Lady Thorn: Monster Mask. You can also finish the two dungeons by completing the Undaunted pledges, so that you can get an Undaunted Key and get even more treasures. 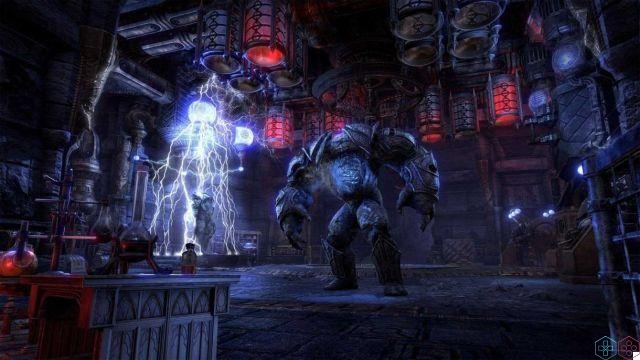 In conclusion, we think that Stonethorn is a very interesting content package, which by ESO's typical standards brings with it quantity and novelty. The new mechanics of Stone Garden is a breath of fresh air, which will make every exploration always different. Castle Thorn puts its eye on quantity, with its five fearsome bosses and a vast castle to visit. We recommend the purchase of the DLC to anyone who wants to face two dungeons of excellent quality and that well represent the contents of Greymoor, if not better. Zenimax hit the mark this time.

The additional content of this review is The Elder Scrolls Online: Stonethorn, già disponibile per PC, PlayStation 4 e Xbox One. To stay up to date on video games and technology, we recommend that you continue to follow us on the pages of techigames.

8.3 In the right direction

The Eternal Castle Review [REMASTERED]: the remake of a game that never existed ❯