The new DLC set in Skyrim is finally out. The Elder Scrolls Online: Markarth concludes the narrative strand of the Dark Heart of Skyrim, and takes us to the Reach, let's find out in this review

With The Elder Scrolls Online: Greymoor we had the opportunity to once again explore the snowy lands of Skyrim, a pleasant experience full of nostalgia. Between Vampires, Werewolves and Yarl, we went deep and discovered the dark side of this land. Part of the folklore previously only hinted at in The Elder Scrolls V: Skyrim, a title that has preferred to maintain an aura of charm and mystery around these ravenous creatures, also in Dawnguard, that is the expansion dedicated to them.

In this respect Greymoor it was much more blatant, with every corner of the map and narrative overflowing with sharp teeth and gushing blood, boring at one point. However, at the beginning we were dazzled by the beauty of the environments and also by its pleasant characters, who accompanied us on this adventure. The Elder Scrolls Online: Markarth is the direct sequel, additional content of this review, which takes us to the missing portion of the west of Skyrim: the Reach.

We sink into darkness

With the arrival of Markarth the Dark Heart of Skyrim narrative strand ends, which has accompanied us for a year offering new dungeons, quests and many other gameplay content. A rather long adventure that together opens and closes the entire narrative arc dedicated to Vampires. At this point we therefore have a greater awareness of the plot, offering us the opportunity to give it an overall look. So let's proceed with our Review of The Elder Scrolls Online: Markarth, the new paid add-on content for Greymoor owners. 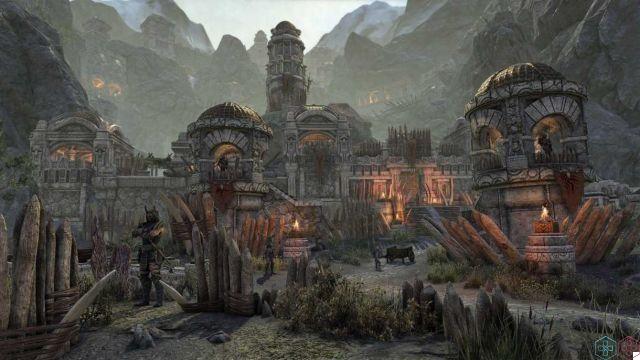 Where were we left - The Elder Scrolls Online: Markarth review

Reaching the Reach through the teleport, we meet a character we know: Count Verandis Ravenwatch. The friendly vampire is located just outside the town of Markarth and is urgently asking to meet the Yarl. It would seem in fact aware of a great plan devised by Rada al-Saran to restore power and glory to the Gray Hosts. At the side of the evil millennial vampire there would also be Purchase, current advisor to the jarl, who has been promised the rebirth of her clan, now dead or descended into madness.

Rada's plan is to obtain a ancient power Dwemer, the Darkness itself (the Darkness) in the form of the Dark Heart, that is, an energy source just waiting to be nurtured and awakened from the depths of the Reach. We will join Verandis, Gwedis and Arana to find out what the Dark Heart and to stop the cruel plans of Rada al-Saran. 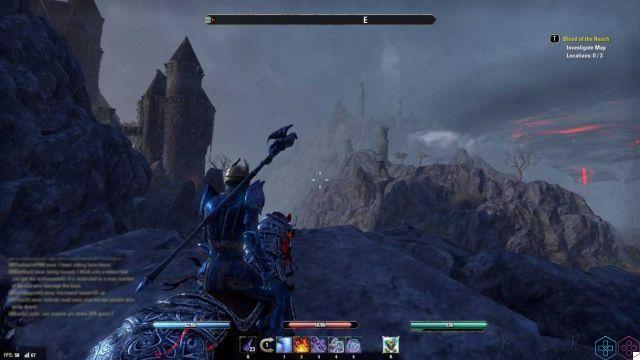 Already with this introduction perhaps we have already said too much, history has indeed a somewhat flat evolution and narrated with a disarming superficiality. The dialogues that accompany our research are mostly empty and lacking in interesting insights. Each time we took a step forward in the plot, the more we became aware of how little we were actually learning about the story, the world and the characters. A hint that Greymoor had already conveyed to us, which now with a view less clouded by nostalgia, is even more exasperated. She may have been guilty too an exasperation of the dark vampire theme, which led to an inevitable break in the dive.

If after finishing the Markarth and Greymoor DLC storyline you are still interested in continuing, one is offered new long additional quest to conclude in toto the narrative vein dedicated to the Dark Heart of Skyrim. However for quality, we settle on the same standards as the main plot, held up almost solely by a breathtaking setting. 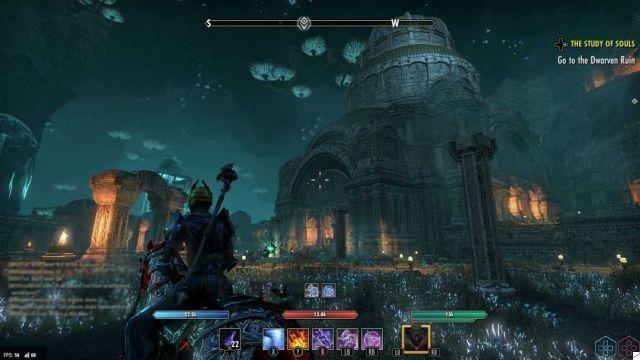 Back to the Underground - The Elder Scrolls Online Review: Markarth

A positive thing about this plot is in fact to offer us a reason to explore the new map of the Reach reproduced rather faithfully to the one seen in Skyrim, but with some new features. In addition to the pleasant city of Markath, less desaturated and imposing than we remembered it, we have the opportunity to explore a more mountainous region, composed of streams and caves carved into the rock. The horizon therefore offers less breathing space, replaced however by narrower landscapes but well framed by the nature and buildings present. You will revisit many known places, mostly open to visitors in their entirety.

Never seen before are the caves hidden under the Reach: the Arkthzand Cavern. This is the real flagship of the whole expansion, rich in color and with an aesthetic level design among the best in all of Tamriel. To enrich it are some imposing Dwemer constructions, which are just waiting to be visited. 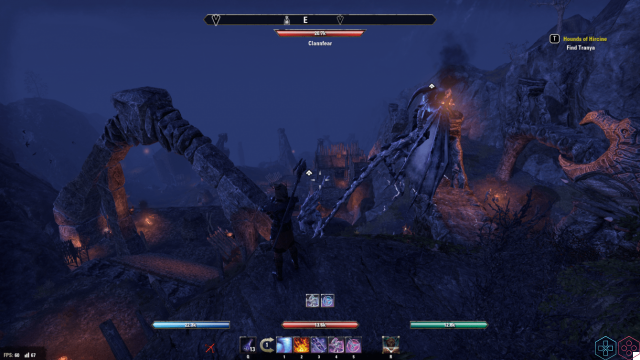 Unfortunately, less exciting is the gameplay that doesn't do the environments justice, but follows the lowest standards of Elder Scrolls Online in quality. The activities are almost the same as seen in the past, but with a marked propensity towards collection quests, commonly known as "as a postman". In addition to facing an uninteresting plot, you will therefore have to run from one opposite of the map to the other to collect plants and magical stones to, for example, activate the protection ritual of a village.

Then forcing you to empty a mine full of vampires, who secretly (not really since the entrance clearly overlooks the main square) were growing plants to feed the dark storms. Activities already known and introduced with Greymoor also return: the Harrowstorm, new Delve, World Boss and other material to enrich your archaeological research of the Antiquity System. 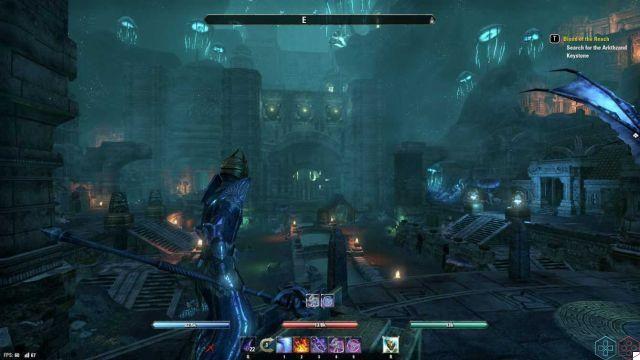 The rewards for solving all these problems and dealing with the dangers are often of great value. You can get new Markings, Mementos and highly respected equipment. However, if you are more interested in useful sets and items, we recommend that you tackle the Vateshran Hollows. It is a system that collects three dungeons that can only be played solo and which increase in difficulty based on which one you face first. Once you reach your destination, you will find yourself in front of three different portals, each one destined to take you to a different dungeon: Shade of the Grove, Zone Hunters Grotto and Rahdgarak. Inside you will find enemies themed with the environment and in everything you will have to defeat six bosses, plus three more secrets.

While not innovative, it is a great way to entertain and reward the players who enjoy solo adventures the most. Within them it is indeed possible to obtain numerous succulent awards: 6 skill-affecting weapons, 3 full sets, 3 titles, skins and a new armor dye. 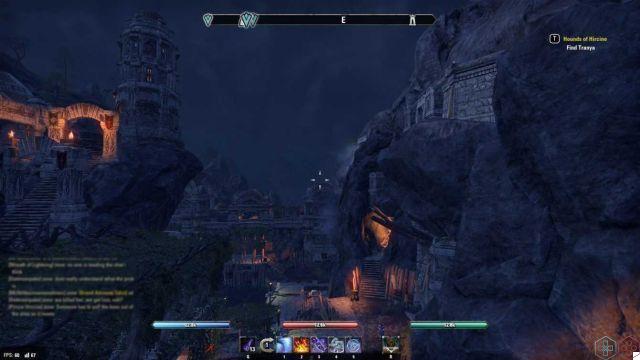 Last time we talked about Elder Scrolls online, we dealt with Stonethorn, which is the first post Greymoor DLC that seemed to be taking the MMORPG in the right direction. However with Markarth there was a sudden change of course, which it has exaggerated some flaws already present in the main content too much. What was supposed to be an epic conclusion to the story turned out to be just a shadow of what could have been. Also thanks to a repetitive and subdued gameplay, which has the only advantage of making us discover the beautiful settings of the Reach, which unfortunately only serve as a background. As a last positive note is the addition of the Vateshran Hollows, a three-dungeon system that can be tackled solo.

The additional content for this review is The Elder Scrolls Online: Markarth, already available on PC, Google Stadia and coming on November 10 for PlayStation 4 and Xbox One. To stay up to date on video games and technology, we recommend that you continue to follow us on the pages of techigames.

add a comment of The Elder Scrolls Online Review: Markarth, a real shame