The Deer God review: a question of karma

Two years after its release on PC and Xbox One, The Deer God also lands on Sony's console. Let's find out in this review!

The title of C offers us a pixel art adventure, marked by excellent plays of light. The deer god it comes with mechanical details that mix a platform with characteristic traits of the endless runner with elements of RPG / rougelike titles, without missing a touch of survival.

The title is available as well as for PC, Xbox One e PlayStation 4 also for Android e iOS. 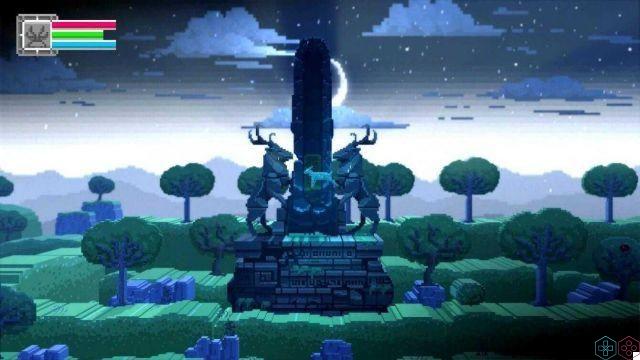 A question of karma

In The deer god we will play the role of a trigger-happy hunter who does not hesitate to shoot everything that comes before him. But not everything goes as planned and, during a hunting trip, our poacher dies attacked by a pack of wolves. Upon his arrival in the kingdom of heaven he will be welcomed by the Deer God, who will see to it that he will be reincarnated in the guise of a tender fawn. His task will be to redeem himself from his sins, making his way through numerous dangers and ferocious animals, carrying out missions and paying attention to karma. In this regard, in the menu we can find one karma bar divisa fra positive morality e negative morality. Attacking hostile creatures (such as snakes, rhinos or scorpions) yields positive karma, while killing friendly ones yields negative karma.

Depending on your inclination you can unlock powers, such as the possibility of firing flames from the horns or a call that convinces hostile animals not to attack, as well as a series of objects that will be very useful in the course of the game. If you unfortunately die, you will lose your character and start again with a descendant of his, having to grow again and recover the skills you had acquired. The game is not too hard in this respect, because in normal mode it offers the possibility to come back to life on the spot. If, on the other hand, there is no descendant to control, the karma: Those with positive karma will reincarnate as a deer again, while those with negative karma risk awakening in the body of a secondary creature, such as a small bunny or snake.

There will obviously be meetings with gods boss, which are more challenging to beat than normal enemies, but which do not create too many problems. It is also possible to tackle the campaign single-player in mode co-op, thus making the gaming experience easier and more enjoyable. 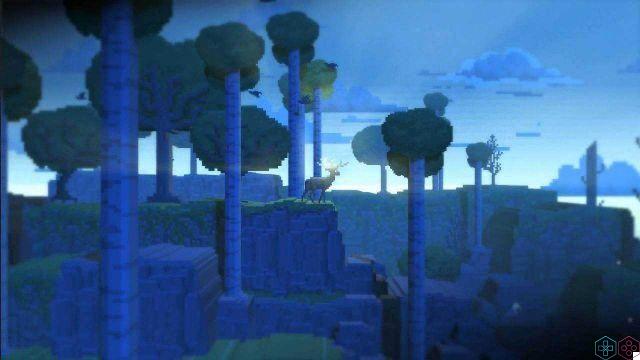 The graphic aspect Retro manages to convince above all thanks to its fantastic light games (especially at sunset and sunrise), with breathtaking scenery and wonderful details; however this pleasant vision, which makes the game pleasant and alternative in the representation, does not always allow to distinguish all the elements present on the screen.

The audio sector is impeccable: one relaxing and engaging soundtrack will accompany us on our adventures. 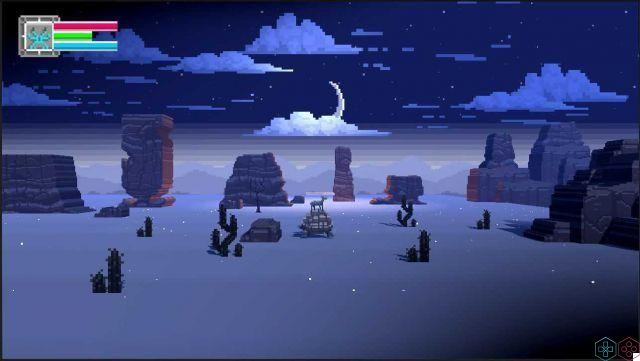 Although the game session is very short, The deer god will be able to entertain you by giving you a fairly relaxing gaming experience. Although at first the title may seem a bit complicated, as you become familiar with the controls and with your alter ego, you will see that the gaming experience will gradually become simpler and more enjoyable.

The title certainly does not focus on the extreme difficulty of entertaining, but focuses on deeper reflections that revolve around the concept of karma.

A good indie and a great job from Crescent Moon Games. The deer god it is certainly a title that we recommend to try.

add a comment of The Deer God review: a question of karma