Speed ​​returns to the world of video games with the release of The Crew 2. How will the new Ubisoft title fare? Let's find out together in this review

Successor of the first chapter that started the brand di The Crew, The Crew 2 relaunches us in the world of racing with new mechanics and numerous vehicles to be used in the various tests organized throughout the United States thanks to its characteristic openworld. Let's see how the title fared in our review.

The Crew 2: we wander around the United States | Review

As in the previous chapter, The Crew 2 is set in the United States. It will therefore be possible to travel through all the evocative landscapes that cover the almost 9.834.000 km² of continental territory of the 48 states present. In addition to the earthly surface, in this new adventure it will also be possible to browse among the various rivers, lakes and oceans surrounding the USA and / or whiz across the skies, touching very high altitudes or hugging the ground.

In the game we will play the role of a young pilot that seeks to emerge in the world of sports competitions, thanks to the constant help of our mechanic and manager. Contrary to the first chapter, there will be no real story and many of the competitions present will even be "legalized". Are present 4 microstorie (one for each discipline present in the game) that will be outlined as we complete the various competitions.

The Crew 2: let's take a look at the game mechanics | Review


For each discipline it will be mandatory to purchase a vehicle from the wide range of cars, motorcycles, airplanes and motorboats present. The player will also be able to select a preferred vehicle for each type (water, earth, air). This will allow us to "switchare”Among the 3 selected quickly through the right stick of the pad according to the type of terrain that we will be in front of.

The races in which we had to destroy our opponent as it happened in the first chapter are therefore eliminated. Furthermore the target for many of these it will not be that of winning, but rather that of "increase their followers". In fact, the races do not reward the fastest, but the spectacle itself. Jumps, spins, spins, drift and anything else spectacular there will be then rewarded with followers. The more they have, the more races they unlock.

Followers are a new parameter introduced to track player progress. These can be obtained completing the objectives of the races, but also performing stunts here and there in the "Free Drive" mode. In this mode it will also be possible to search for "box Live"That will give us prizes and take pictures specifications (thanks to the new feature) that will make us gain followers.

As mentioned there are well 14 types of competitions. To these is added a special race in which we will find ourselves driving 3 vehicles of our choice. Before each race there will be a little dialogue and we will be forced to drive through an area at low speed in order to load everything you need for the route. A nice idea had by the developers that allows us to switch from the "Free Drive" mode to that of the race.

The map looks like much larger than that of its predecessor and the scenarios are varied and rich in details even if we will hardly be able to notice them at more than 300 km / h. Getting from one side of the map to the other won't be super fast. In fact the coast to coast that we will face in a Hyper Car race will last well over 40 minutes! This makes us understand how vast the map is, but luckily i come to our aid quick trips that will allow us to reach the goal in a few seconds. 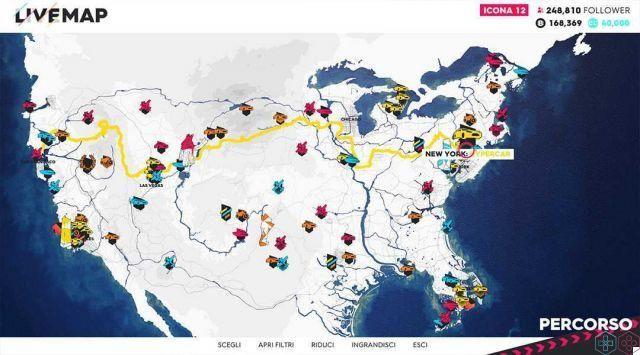 The Crew 2 cars are something realistic, at least to look at them. In fact, the guide will not always be truthful, indeed. Although the developers have worked a lot on the various types of cars and their features, there remains one huge drawback: the total absence of damage! Although this can make the more daring races, also allowing us to make jumps from unimaginable heights, at the same time makes them much less realistic.


The clashes, in fact, not only they do not cause physical harm to the vehicle, but not even visual. We can easily crash into any barrier at an absurd speed, but there will be no shadow of damage. This turns out to be one serious lack as it does lose much of that realism that is given by the setting or the characteristics of the car.

On the other hand, the result is good road holding which varies both from vehicle to vehicle and according to climatic conditions. In fact it will be different in case of dry, wet or snow. To this must be added the difference in grip present between a circuit, asphalted roads, dirt roads and the terrain which has not been affected by the influence of man.

Graphically talking about the game at first glance it might seem well cared for, but if you look closely you can notice small details that make you turn up your nose. They can be seen small details that are too square compared to what should be the originals that affect the final result. Surely they will not be noticed whizzing through the streets at full speed, but if you stop for a moment and look at them you will easily notice them.

Il audio compartment instead it is something truly sublime. The soundtrack itself is as good as it could possibly be for a racing game. There are all songs that accompany the races and free time without becoming repetitive and that allow the player himself to concentrate better. The volume between music, sound effects and voices in the dialogues is well calibrated without any parameter prevailing over the others. In the same way, however, each will be clear and there will be no sound jumble.

Very well looked after is the compartment of sound effects. The roar of the various engines reflects with extreme fidelity the sounds of the various beating hearts of the vehicles. Even the visual effects, although you always notice the absence of damage, are well taken care of. The terrain we are treading will affect both vehicle cleaning than on that Clothes. If we walk through muddy ground we will find ourselves covered with mud, even if to eliminate it we will only need to wait a few seconds.

I commands they are well set, very responsive and reduced to the essentials on the pad, allowing us to enjoy an excellent gaming experience. One can appreciate the care in this particular especially in the Drag Race, where speed and precision they will allow us to earn those cents that will make us overcome the challenge. 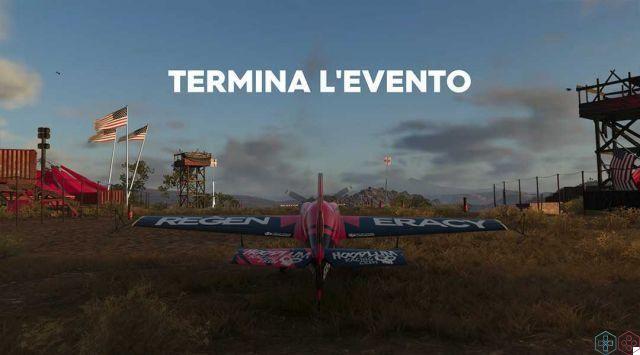 To be appreciated in The Crew 2 is definitely the variety of vehicles present, but it is equally true that there are also bugs more or less important related to the same and to the paths that are very compromising for what is the gaming experience. There are therefore some details that actually deserve a good grade, but it is equally true that there are others that instead leave too much to be desired. That's why I feel like giving this review more than enough, even if it will never reach the levels of other games, such as Vampyr.

Our review ends here. In order not to miss further details on future updates of The Crew 2, continue to follow the pages of techigames!

The Division 2 review, the fight that has no end ❯

add a comment of The Crew 2 Review: Speed ​​isn't always everything