The best video games to play on Halloween 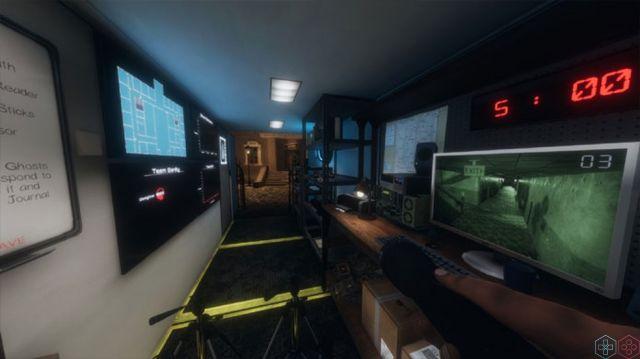 Halloween is the scariest party of the year and many lovers of the macabre are eager to celebrate it. Unfortunately, however, this anniversary is not celebrated much in our country and due to the Coronavirus it will be even more difficult to be able to experience the typical atmosphere of October.

For many people it will be difficult to be able to fully experience the witches' party, but certainly not for gamers. This is because thanks to our special you will have a list with some of the best video games to play on Halloween to set the right mood.

Obviously, the best video games to set the Halloween mood are horror, but not everyone can appreciate this genre. To please everyone in this article we will not focus only on anxious and jumpscare-filled games, but also and above all on titles that do not fully fit into the horror category. Fortunately, the videogame world is very varied and there are many titles with macabre atmospheres that can be appreciated even by the most sensitive people.

Bloodborne - The best video games to play on Halloween

Let's start our list of video games to play on Halloween with one of the best works of Hidetaka Miyazaki: Bloodborne. In this title you will play the role of a traveler who arrived for unknown reasons in Yharnam, a strange city where a disease is turning the inhabitants into bloodthirsty nightmare beasts. During your journey you will face increasingly powerful creatures and, with a little attention, you will also be able to discover the dark secrets that are hidden behind the mysterious church of the cure.


Bloodborne, like most other titles FromSoftware, it's a action RPG but despite this it is more than suitable to be played on Halloween. This is because the game offers an exceptional gothic dark-fantasy setting which even includes elements of cosmic horror. Bloodborne manages to create a unique atmosphere capable of immediately capturing all lovers of the occult and especially fans of Lovecraft.

Luigi's Mansion 3 - The best video games to play on Halloween

Let's now move into the Nintendo house with Luigi's Mansion 3. In this title you will have to help Luigi to find his brother again Mario, disappeared inside a mysterious haunted hotel. To save his friends Luigi will have to overcome his fears and defeat the fearsome once again Re Boo. Fortunately, the unfortunate plumber will not be alone during this mission, but he will be able to count on the help of the Professor Strambic and his trusty ghost dog.

Obviously this not a scary title at all, but still manages to create an atmosphere suitable for the Halloween period. If you are looking for a light game with vaguely disturbing colors, for sure Luigi's Mansion 3 is right for you.

Alien: Isolation - The best video games to play on Halloween

Now to the first real horror title of our list of the best video games to play on Halloween: Alien Isolation. Alien Isolation is a first-person survival horror set fifteen years after the events of the first Alien movie and starring Amanda Ripley, Ellen Ripley's daughter. Amanda will have to explore the mysterious space station of Sevastapol and try to survive the attacks of the lethal alien creature who lives there.


Alien: Isolation is a really great game that mainly revolves around the figure of the Alien, a cunning and lethal creature that will hunt you down at all times. If you are looking for a sci-fi horror experience for sure this title will not disappoint you. Also if you are a fan of the Alien saga you will also appreciate the many references to the historic Ridley Scott film.

DOOM Eternal - The best video games to play on Halloween

If for this Halloween you want to try something more tied to the action and less to the atmosphere, then we advise you to jump on DOOM Eternal. In this FPS you will take on the role of the again DOOM Slayer but this time you will have to go down to earth for repel the global invasion of demons. The army of hell is made up of countless grotesque creatures that feed on the suffering of human beings, but not even the mightiest of those beasts can stand up to the DOOM Guy.

DOOM Eternal it is by no means a horror, but in any case it includes many disturbing elements and gore. Being surrounded by demons can be scary, but if you take on the role of the DOOM Slayer for sure you will have nothing to fear. It has also recently been available The ancient gods, DOOM Eternal's first DLC, so if you've already completed the base game's campaign, you'll now have plenty of new content available.

Sunless Sea - The best video games to play on Halloween

In fifth position on our list of the best video games to play on Halloween there is Sunless Sea, exploratory game developed by Failbetter Games. This title is set in Victorian age in a world where London and other major cities are sink into mysterious underground channels filled with strange creatures. This alien place is largely submerged by water and for this reason you can only move using small motor boats. The sea is dark and full of dangers in these caves, but there thirst for knowledge of your captain will push you to ever more remote places.

Sunless Sea is not a primarily focused game on the atmosphere and textual narration, consequently to fully enjoy it you will have to immerse yourself completely in its world and carefully read each dialogue. There are some small action phases related to naval battles, but they represent only a small part of the experience. Sunless Sea it's not a game for everyone, but if you let yourself be captured, you will certainly never be able to do without it.

Amnesia: Rebirth - The best video games to play on Halloween

Finally, we conclude our list of the best video games to play on Halloween with another horror: Amnesia: Rebirth. The protagonist of the game is Tasi Triannon, a woman who suddenly finds herself from alone in the desert after a plane crash. Wounded and frightened, Tasi will have to find a way to save herself from the terrible tragedy that has happened to her. Surviving alone in the middle of a desert is certainly a terrifying experience, but it is even more so if they are also hidden in that place. strange inhuman creatures.

If you are a horror fan, for sure you will know the series more than well Frictional Games. Despite being very recent, this chapter arises as sequel to the first Amnesia, but fortunately they have only a few connections in common. Amnesia: Rebirth represents one of the purest forms of first-person horror and for sure it will be able to make your skin crawl on numerous occasions.

These are the six games that we have decided to include in our special on the best video games to play on Halloween. As we said at the beginning, the world of video games is really vast, but for this article we have decided to select only a handful of titles, although we would have liked to add many more. And what are you going to play for Halloween? Will you pick a game from our list or are you going to try something else? Please let us know by leaving a comment below!

If you are interested in staying up to date with all the news on the world of video games and much more, then keep following us here on techigames.