The best board games to play online: many titles for all tastes

Raise your hand if you have never challenged your friends to a board game! Monopoly, Risiko !, Taboo, but also checkers, chess and dominoes, board games represent one of the categories capable of crossing generations without suffering from the passing of time

Little has changed even with the arrival of new technologies: the great classics of the game, in fact, in many cases have moved from the physical to the virtual dimension, but without losing their original characteristics. For fans, therefore, there are many solutions available online today: let's see which ones are not to be missed.

From the table to the screen

Among the most popular table games, there are certainly those played with cards, such as the broom, the 40 scale, the tressette, typical of the Spanish tradition, or poker and blackjack, protagonists of the main world casinos. For those who love to play with cards, today there are numerous proposals available on the web and in digital stores, which allow you to move the typical emotions of these pastimes from the table to the PC or smartphone screen.

By carrying out some brief research it is easy to find applications to challenge other users connected in multiplayer, as happens with the Scopa Original Dal Negro, which allows you to play for free by choosing from all 16 regional decks of cards, thus making one of the most modern and accessible amusements more modern and accessible. practiced in our country without distinction between age groups.

There is also no shortage of proposals from digital casinos which, in addition to the aforementioned poker and blackjack, make available all the other typical games of the rooms, such as slot machines and roulette. The online casinos, as can also be seen on the VegasSlotsOnline portal, are now numerous and boast extensive and differentiated catalogs to meet the different tastes of users, who within them can choose not only the type of game to be used but also between different modes. of fruition, for example by challenging the PC in a single race or by participating in real live tournaments.


From this point of view, digital casinos represent perhaps one of the greatest examples of traditional games reported on technological devices: the experience of operators in the sector is in fact also considered by experts as a model of excellence both from the point of view of innovation. than economic growth. The companies that have invested in this sense have been good in recent years to take care not only of the playful part, but also to exploit new technologies to guarantee the highest levels of safety and reliability, thus placing themselves as protagonists of the evolution of an entire sector. . 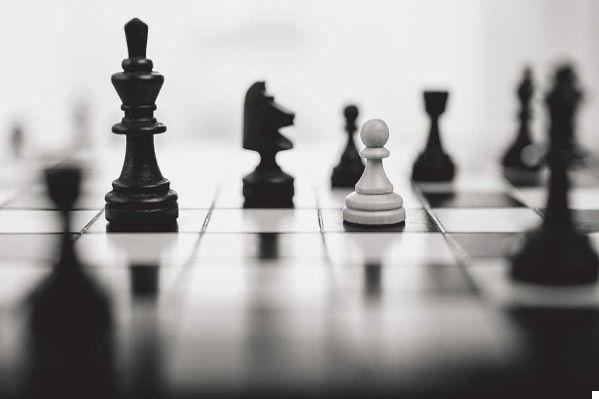 From Risiko! at Monopoly, the great classics are online

Those who love board games to play in company can now take advantage of all the advantages of digital technologies to bring the funniest titles always in their pocket. The great classics of the game are in fact easily traceable online, on portals and mobile applications with attention to the smallest detail.

One of the most loved games of all time like Monopoly, for example, boasts different versions available on digital stores and on videogame platforms, which allow even the most traditionalists to rediscover the pleasure of having fun on the famous board of the mustachioed Rich Uncle Pennybags with all the advantages modern game systems, which guarantee interactivity, immersion and practicality.

Even the famous Risiko! boasts its own digital gaming platform, for online challenges to the last shot of the tank, as well as numerous other titles that have made history on the web, such as Scarabeo, Cluedo, Mahjong and naval battle.

In addition to the individual game apps, the proposals for wide-ranging videogame portals are also interesting, such as Poki, which boasts a section dedicated to board games, including checkers, chess and Uno, or Tabletopia, with its beyond 1500 titles to be played in free version both in single and multiplayer mode.

The new Asmodee: all the games to be released in May 2021 ❯

add a comment of The best board games to play online: many titles for all tastes