Tannenberg review: the other side of the war

After its arrival on PC over the past year, it is time to take a look at the console version of Tannenberg in this review

The First World War marked the beginning of what Eric Hobsbawm called, in one of his fundamental essays, “The short century”. It always makes a certain effect to think about what the years 1914 to 1918 represented for the history of our species. The presence of private letters, diaries and documents of all kinds gives us the picture of a human drama, before a historical event. In the last century, man seems to have discovered that nothing makes sense and that certain values ​​in which he desperately trusted will never be able to go back.

If humanists often push themselves to make these reflections, perhaps a bit trivial when faced with superficiality, gamers have always wondered why the First World War is not so popular in our favorite media. Battlefield 1 has tried, no doubt, but its fast-paced gameplay doesn't fit in with what had been a slow and agonizing war. Here, the independent developers of M2H and Blackmill Games have perhaps donated to the public a valid alternative to more commercial and frenetic products, in which to strike is the cruelty of the clash before its spectacularization. Let's see how their Tannenberg fares, analyzing the console version in this review.

A product for a few aficionados

Actually, Tannenberg was born as a kind of stand alone expansion of the already quite well known Verdun, by the same authors and always set during the same period. It is about a type of first-person shooter radically different from other exponents of the genre on the market. If Call of Duty, Battlefield or the late Medal of Honor feature a very arcade and easy-to-learn system, with even some sci-fi grafts in their most recent iterations (think Advanced Warfare jetpack), the titles of M2H and Blackmill Games do not give absolutely any discount to the player and lean towards a more accurate simulation of movements.

The will of the developers is that of recreate the First World War in all its desperation, without giving up a fairly satisfying and fun gameplay. These are baked goods on an incredibly low budget and aimed at an audience that is not afraid to get their hands dirty and die repeatedly, before learning how to coordinate with your teammates to conquer areas of the map. Here, let's clarify it: we are not in the presence of a title suitable for those who prefer a satisfying visual experience. As we will see in this review, Tannenberg's gifts seem to be other. 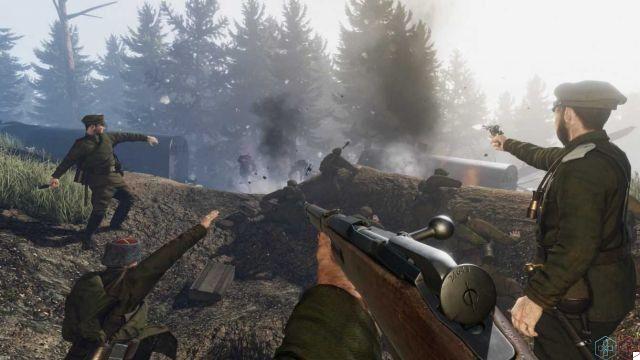 The game welcomes us with a very sparse menu, from which we can choose the three game modes - Tannenberg is clearly intended as an online experience, but you can also play offline against bots - or view the progress of our profile. The interface may initially appear quite complex, also thanks to the large amount of information that the title throws at us through a series of long-winded tutorials, but after a while you easily get used to it.

There are two sides to choose from, namely that of the Triple Entente and that of the Central Powers, each with its own reference states. This choice will be linked to a character progression system that will allow us to unlock new weapons playing the different games on the 9 available fronts (there is no micro-transaction). Before analyzing Maneuver, the main mode, it is good to say a few words on deathmatch and team deathmatch.

These two modes work just like in most other shooters on the market and predict the victory of the player or team with the most kills at the end of the match. All this would not be bad if the games of this type were not sparsely populated. Or rather: if they weren't completely deserted. In a week we only managed to play one against another player, which immediately turned into a bizarre manhunt, probably a solution very far from what the developers wanted.

Much better, fortunately, with Maneuver, an interesting modality that it provides the clash between 40 players at the same time in which the two sides will have to conquer the strategic points of the huge maps. This is where Tannenberg manages to have his say and, in some cases, even to exalt the player following a particularly good strategy or a tightrope kill against the opponent. Maneuver servers are much more populated and you can breathe a really different atmosphere than the mass of the most famous competitive shooters. 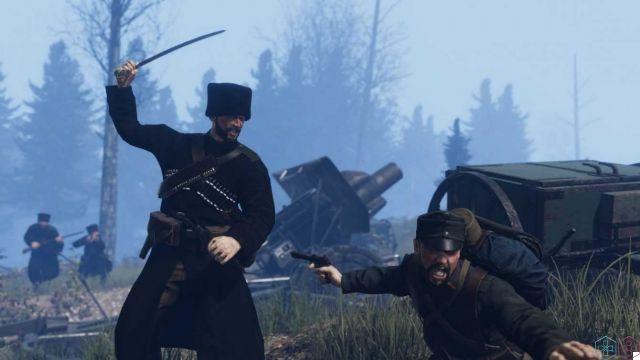 One inch at a time - Tannenberg Review

Of course, as it is easy to guess, Tannenberg is not exactly a beautiful title to look at, and perhaps not even particularly easy to play. The movements of our soldier are slow and cumbersome, taking aim will be difficult and during the first few games we will often die. The layout of the controls is the fairly classic one of a console shooter, but surely playing with a mouse and keyboard would make life easier for the poor soldiers thrown into the trenches of Eastern Europe.

The very slow pace of the matches, however, makes up for this lack. In Maneuvering it is not a player's manual skill that makes the differencebut his coordination with the rest of the group. Each deployment, in fact, will be divided into platoons of four soldiers of different classes, which will be equivalent to our team. Conquering the right area at the right time will be crucial and to do this it will be necessary to take advantage of the possibility of requesting reinforcements at a precise point or, for the commander of a platoon, to order the attack of a particular area.

By capturing the various areas, the opponent's resources will begin to decrease. The game ends when a team runs out of resources or when the timer reaches zero. In the latter case, the team with the most points will win the match. As you may have guessed, Maneuvering games can last a very long time, and sometimes it happens that deadlock situations are created in which both sides are equivalent, further distancing the game of Blackmill Games from faster and more usable products.

Crawling along a trench or hiding in bushes to get around the opponent gives great satisfaction. In Tannenberg we will not be able to shoot at random: reloading of weapons is very slow and the player risks dying in the blink of an eye, also because the time-to-kill is very low. Usually a single blow is enough to die, which, in very large areas such as those of Maneuver, gives back the sensation of being thrown against death as if we were slaughterhouse fodder. Every centimeter gained will be a glorious victory, and this is perhaps what makes the game very enjoyable during its matches. 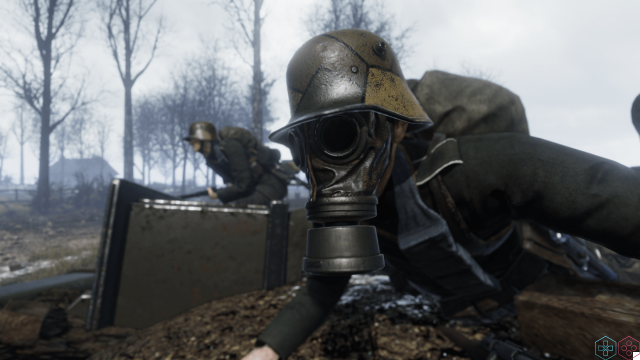 War is not pretty - Tannenberg review

As for the technical sector of the title, there is not much to say. The low budget availability of the two development teams is felt. On Xbox One, textures are dull, as well as the polygonal models, which do not particularly shine for graphic detail. The frame rate of the title, despite this, is anchored at thirty frames per second a bit dancers in the most excited situations.

The animations are not particularly refined and there is no physical form in the game. The art direction, however, succeeded, with fairly faithful reconstructions of uniforms, weapons and battlefields. The ability to play the same map at different times of the day and different weather conditions is also very welcome.

Not even the audio sector shines for its quality. A fairly convincing main theme is counterbalanced by sound effects in line with the rest of the production. The shots from the guns are muffled and dry, very far from the quality of other titles of the same genre, while the voices of the soldiers, dubbed in their original languages, seemed more successful to us, although they undoubtedly represent a side element to the experience. 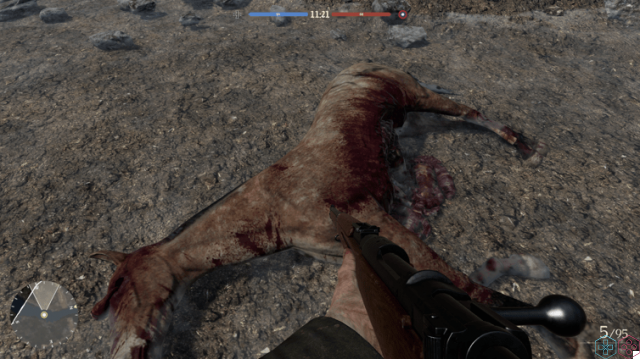 It could have been a lot worse

In this review, we did not feel like insisting too much on Tannenberg's shortcomings, given its nature as an independent project and intended primarily for passionate users. Its gameplay certainly suffers from a technical sector not exactly at the top, but is able to recreate moments of astonishing tension, found perhaps only in the older brother, Verdun, and in other similar titles, such as Red Orchestra.

The low server population unfortunately limits the appeal of the title for anyone not determined to spend many hours learning how to play. Even so, it could be said that perhaps playing it on PC would be the wisest choice. Anyone who wants a title capable of truly recreating the rhythms and situations of the First World War, however, knows where to look..

Are you going to take a look at it? Let us know in the comments and stay on the techigames pages to find out everything there is to know about the world of video games.

6.7 A more tactical shooter than usual

add a comment of Tannenberg review: the other side of the war