Syberia review: the adventure (with a capital A) by Kate Walker

A graphic adventure that contains all the ingredients necessary for a high-level title. Syberia is the concrete example that, if combined in the right way, classic and innovative can give birth to real works of art. Let's find out how in this review

In recent years, the universe of graphic adventures he began to take a new and very different path from the initial one. Almost all gamers who are passionate about adventures "Point and click" they see this change in a negative way, almost like the sunset of an era. As we all know, the very first graphic adventures were entirely made in 2D, both the backdrops (ie the setting) and the characters. In the latest productions of this kind of titles, however, it can be seen how the developers have started to change course by inserting totally new and never seen elements, or rather, by inserting a particular element that completely revolutionizes graphic adventures, that is the 3D. According to many fans of the genre, the 3D it would ruin the gaming experience, mainly undermining the atmosphere and that touch of classicism that is found in almost all these types of adventures.

But what happens when 2D e 3D do they blend together? And mind you, here we are talking about an important merger, almost perfect I would say. Because in addition to this fusion of two elements that are so different but actually very close to each other, we also have a plot of great depth and an engaging game environment. Siberia, the graphic adventure that we will analyze today, is concrete proof that not always the 3D spoils the beauty of the titles of this genre, indeed! If inserted correctly it enriches them and makes them even more realistic and immersive.

Siberia contains within itself the classic and innovative and in the following article we will find out why.

As we have already said Siberia è a graphic adventure, the classic point and click where to proceed in the adventure we must mainly move our character with the simple click of the mouse, solving puzzles and exploring different places in the game world. Made by the Belgian cartoonist Benoît Sokal and produced by Microïds, Siberia is first published on Microsoft Windows in the distant 2002 and over the years it has been released for almost every other platform, including PlayStation, Xbox e Android. 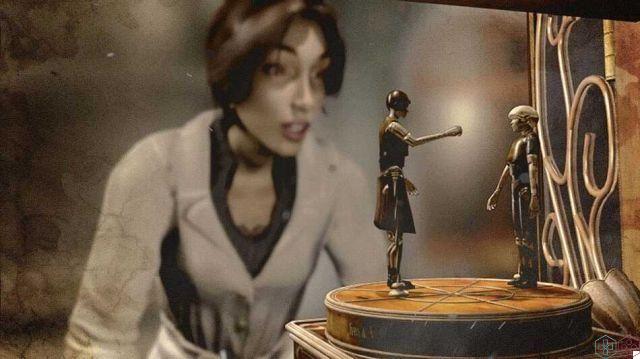 In this fabulous graphic adventure we will take on the role of Kate Walker, a young and promising New York lawyer engaged in a negotiation for the purchase of a toy factory now reduced to the streets. Kate is shipped to Valadilene, a small and remote town located in the French Alps, to complete the negotiation, but upon his arrival he already runs into a big problem: Anna Voralberg, the owner of the factory, died on the day of our arrival and therefore Kate cannot complete the purchase negotiation. With great surprise, however, it turns out the existence of an heir of the lady Voralberg and from this moment on ours Kate will remain entangled in a series of vicissitudes to try to track down the mysterious heir, who seems to have fled into Siberia (hence the title of the game). And it really is Hans voralberg, the mysterious heir, the crux of the whole video game. The role of this character is fundamental since, despite his "Physical absence", he will practically always be with us and will accompany us throughout our journey.

interpreting Kate Walker the player will rebuild the life of Hans thanks to documents, newspaper clippings and stories from people who knew him in the past, thus weaving a story into the very plot of the video game. It can almost be said that the real star of Siberia be it right Hans and that Kate is only a spectator of the troubled life of man. 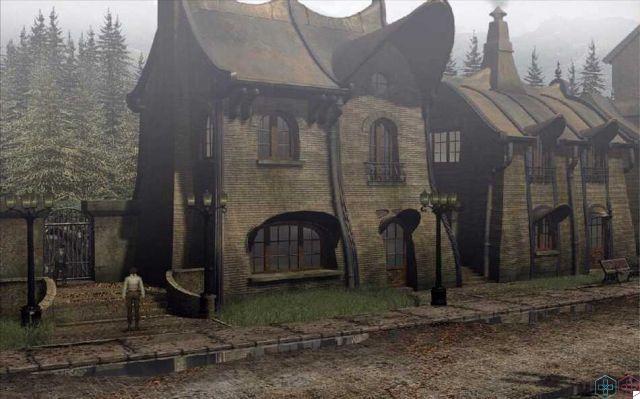 As we mentioned earlier, in Siberia we have one perfect fusion between elements 2D e 3D. Our Kate Walker, entirely made in 3D, moves in the seabed 2D, masterfully created by the Belgian cartoonist Benoît Sokal. His drawings, which I allow myself to call works of art, have been completely digitized and reproduced in an excellent way, with incredible shades of colors and shadows and it is precisely here that the decisive point of the fusion between the 2D and 3D. A Kate Walker in 3D yes it moves in depths 2D, but these backdrops are live and interactive: the leaves of the trees move on the wind, the water flows into the canal under a bridge and a flock of birds cross a vivid blue sky. Benoît Sokal and the developers of Microïds they managed to create an excellent game environment, entirely fused with the protagonist, who moves and lives within it. In short, a truly painstaking work and a unique beauty for the eyes. 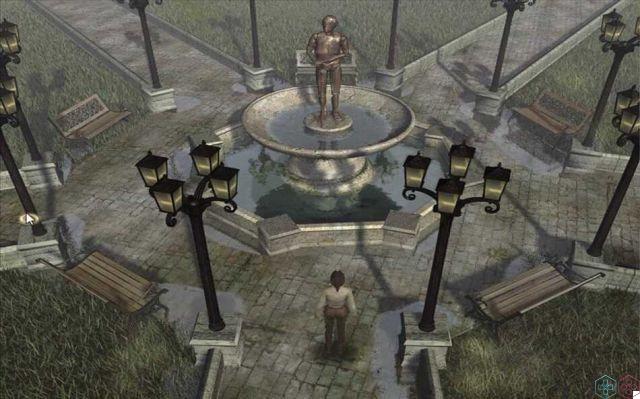 Also with regard to the sonoro a really great job was done. First the dubbing, fully localized in Spanish and with an almost perfect choice of voices. Each voice adapts beautifully to the character to which it is given, even outlining its character and ways of doing thanks to the tone and emphasis of the dubbing.

Secondly we have the ambient and background sounds, such as the chirping of birds, the sound of water and the rustle of leaves (as we have already seen before). These sounds help create a more alive and realistic environment than ever and I can assure you that as you play you will feel like you are really there, along with Kate.

Finally we have the colonna sonora, sober and not very detailed. It blends well with the context, but it certainly won't be impressed by its originality. The melodies are pretty much all the same mold as the main soundtrack and show only a few minor variations during certain game situations. 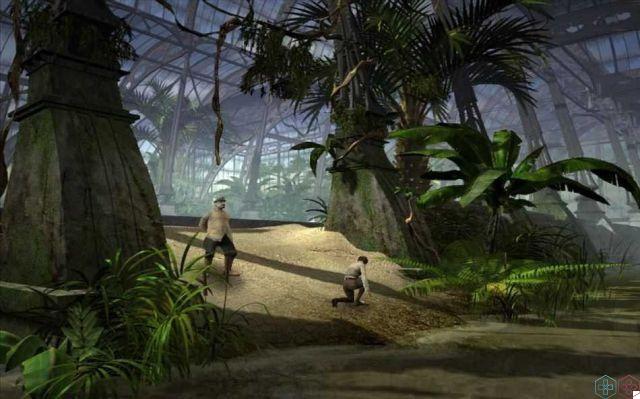 The resolution of the puzzles is the centerpiece of all graphic adventures and in Siberia we will find something for all tastes! The peculiarity is right here: in this adventure the developers have chosen to introduce both easy puzzles is slightly more complicated puzzles, thus making the game accessible to all. The easiest puzzles, despite the simplicity that lies in finding the solution, are still well structured and stimulating and therefore the player will never suffer from boredom.

The slightly more complicated puzzles, on the other hand, lead to make the player think more but nevertheless never lead to frustration, since the puzzles a little more difficult are nothing too colossal. 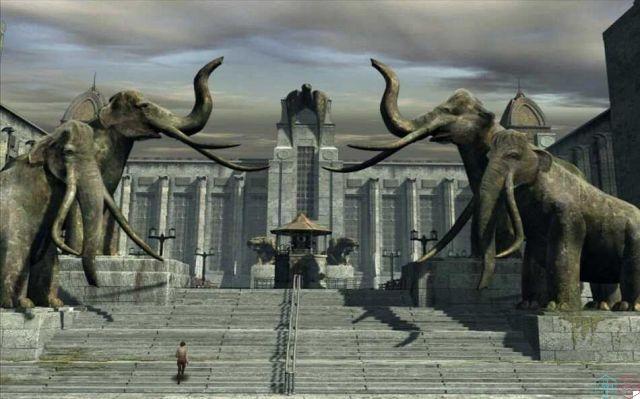 In conclusion, as a gamer who has played this beautiful graphic adventure several times, I feel I can highly recommend this title. You will spend beautiful hours in serenity in the company of Kate, traveling and exploring incredible places in the company of extravagant characters who will accompany you on your journey.

Don't worry if you're not a fan of point and click titles, as we've already seen Siberia is a game accessible to all types of gamers, from the most experienced to newcomers to the genre. Benoît Sokal has managed, thanks to his passion and his creativity, to design a splendid game world that lives with us, then made really concrete thanks to the fantastic work of the boys of Microïds.

Benoît Sokal managed, thanks to his passion and creativity, to conceive a splendid game world that lives with us, then made really concrete thanks to the fantastic work of the Microïds guys.

add a comment of Syberia review: the adventure (with a capital A) by Kate Walker