In three days we will know who is hiding behind the last slot on the roster: the question is, who will close the Super Smash Bros. Ultimate DLCs?

We thought we'd add an extra supplement to our how-to guide to hype and di Speculare about theultimate fighter DLC di Super Smash Bros. Ultimate. As you know, the writer has been covering the game at least weekly for quite a while, and sooner than what awaits us on Tuesday 5 October at four in the afternoon it could be fun to dissect ours for the last time. crazy expectations. We will cover some crevices of the speculative scene, and although what we will say today applies to any episode of the saga, compared to the "hype guide" here we speak expressly by Ultimate.

There is something more staff in the lines you will see below, but nevertheless do not be misled. Although the point of view of a fan who loves the series more for the crossover aspect than for the suffocating competition of the competitive scene is less objective than you would like, the idea is to analyze the doubts and fears that can surround the upcoming reveal how anyone would. Now, we know that talking about fears about upcoming content can be almost ridiculous, but… we invite you to continue reading, especially if you are as passionate about the saga as we are. 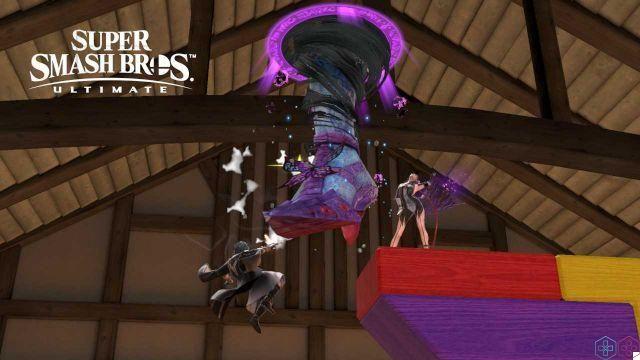 Facing the arrival of a new face is always a cause for exaltation, and the latest DLC of Super Smash Bros. Ultimate paradoxically represents the return of a problem at the expense of its solution. In fact, since the release of Brawl, fans have come to terms with the harsh reality of fighting games: some might not even come back, between one game and another. Now that the title has already conquered the public since E3 2018 with the promise (and the premise) to bring back all the fighters, the reverse problem arises. Precisely because it has already been clarified that it won't happen again, newcomers have more value.


Each new slot on the roster is a valuable asset not to be wasted. The collective concern of fans is due to the two possible ones interpretations of the separate presentation from the last Nintendo Direct. On the one hand, we can assume that it is a character worthy of one's personal space, with whom to adequately conclude the roster with the greatest star power ever seen in a video game. On the other hand, we have the idea of ​​a subdued inclusion, which is why Byleth skipped the 2019 Game Awards. Our advice is not only to abandon preconceptions, but especially to let go of pessimism. 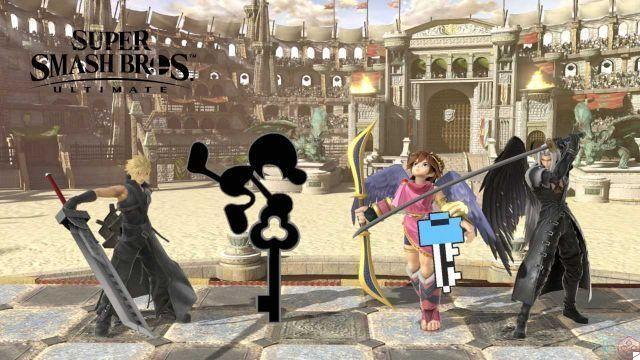 We may not have covered it, but yeah - we're aware that Super Smash Bros. Ultimate's latest DLC may have been the subject of a leak. According to what has been circulating online since the announcement of the presentation, in the summer a self-styled (but anonymous) employee of the music division of Disney asserted (on 4chan ...) that he had been contacted by Grande N. The request concerned the possibility of using "for an event scheduled for October 5" some music from Kingdom Hearts, to which Disney owns the rights (of course). You should know that whoever is writing to you is waiting for nothing else.

This is outside of the music chosen for the DLC, for example in the Hero reveal the orchestrated version was chosen, but for the game version the team was unable to get such versions. Remember though that the music tracks, can appear in the mii costume trailer.

However, if we haven't fired the fireworks… it's because it's still about 4chan, that is a forum that guarantees all users the total anonymity. Following the great return of this leak of information (or presumed such), many have expressed themselves about the possibility of seeing Sora or not in the game. The anonymity has also allowed other users (?) To claim ownership of the leak and throw mud into it as "authors", declaring it apocryphal. Everything and the opposite of everything may be true, and therefore we invite you to take everything with a grain of salt (especially when real insiders invite us to do the same; see the tweet above). 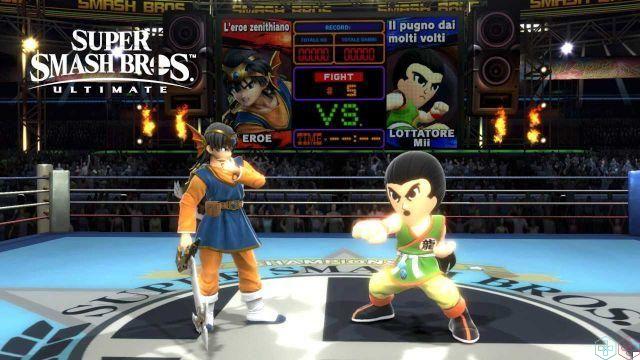 There is a reason why Masahiro Sakurai had to specify the basic premise from which the series draws its very foundation. Smash was born as celebration of video games, emphasis on “video games”. As much as the passion for Dragon Ball can burn in the fans, Goku is not expected, and the same goes for Shrek and all the other "nice breaches of the rule" to which the Internet student spirit has unfortunately accustomed us. Yes, deepening Steve (see the Byleth section) we remembered that his inclusion was born more as a meme than anything else, but at least he originated in a video game.

For this reason, the tweet we reported earlier reminded us that (in the dubious hypothesis that it is Sora) we should expect a more focused version of the Square-Enix aspect of the matter. Not that it's impossible to imagine it: the reckless messianic figure born from the wedding between Square and Disney is contractually separated from his cronies Donald and Goofy in all the unnumbered episodes (Melody of Memory and a section of Re: Coded permitting). Nonetheless, the ultimate decision rests with Disney, who (remember) denied Tetsuya Nomura to make 358/2 Days a series-related fighting game. Dissidia Final Fantasy was born from the veto on the infighting between Disney characters. Moral of the story: only video gamesin fact. 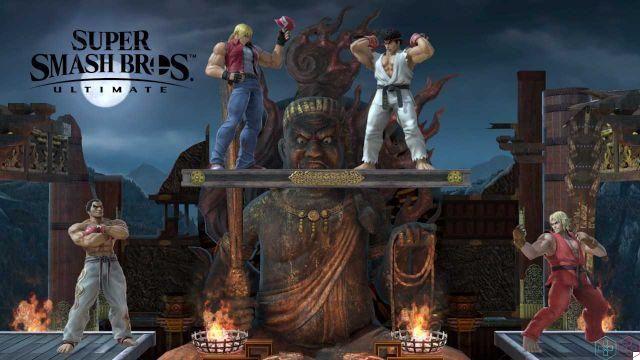 We close our tirade on the latest Super Smash Bros. Ultimate DLC by remembering the words of Masahiro Sakurai on the matter: “Nintendo has established a list, from which I will choose the most suitable characters”. A choice far from the ballot with which the fans chose Bayonetta at the Smash digital polls, but which all in all reminds us of the idea of ​​game design that decrees the characters. Their recognition takes a back seat: the real focus is the gameplay ideas that they can bring to the table. In defense of Byleth, we finally saw the Fire Emblem weapon triangle with him, at least.

The insane dynamics seen with DLC characters such as Terry Bogard demonstrate how much the idea of ​​making each character's moveset a real "game in the game" really hit the accelerator pedal with additional content. Even though fighters like Sora, Master Chief, Crash Bandicoot or Jonesy all boast undoubted qualities in terms of star power, the real question is: which of them can bring something new to the metagame? And this is what the new fighter, who will be revealed in just over forty-eight hours, will have to answer, in all its duration. Gulp.

Now it's up to you to tell us yours: who do you think will join the fight? Let us know below, and as always don't forget to stay on techigames for all the most important news for gamers and more. For your purely gaming needs, you can instead find the best discounts in digital format on Instant Gaming.

add a comment of Super Smash Bros. Ultimate: expectations for the latest DLC