Summer in Mara review: lots of sea and just as much charisma

Between the waves of the sea and a gruff sailor, Summer in Mara offers us a few hours of absolute relaxation, let's find out in this review

A genre that for a long time seemed dead and buried has made a comeback since Stardew Valley exploded with success in 2016. Since then, series that seemed forgotten have made a comeback. rediscover the pleasure of picking vegetables, make acquaintances and become small business owners of fortune. Relaxing occupations that mostly invite a return to nature, moving away from everyday stress with often repetitive but at the same time satisfying rhythms. Positively alienating, taking up a lot of our time before being able to accomplish a single goal.

This game is proposed as a entry level to this genre, adding exploratory elements and an interesting storyline as well as charismatic characters. So let's go and analyze Summer in mara in this review of the PC version.

A sea full of good intentions

Summer in Mara is a video game developed and distributed by the Spanish development team chibig. It is a title that found its success in a Kickstarter campaign, on whose page we got lost in looking at every wonderful drawing. Before even starting the game we are sure that from the point of view of artistic research, the team did not skimp on anything.

The charisma that every single character emanates from colors and digital pencils is amazing, a production that from this point of view has nothing to envy to giants of drawing and animation such as Steven Universe. From this rainbow dive our expectations were very highhowever, the implementation has a few points it leaves behind much to be desired. So let's dive into the great sea that Summer in Mara has to offer us in this review. 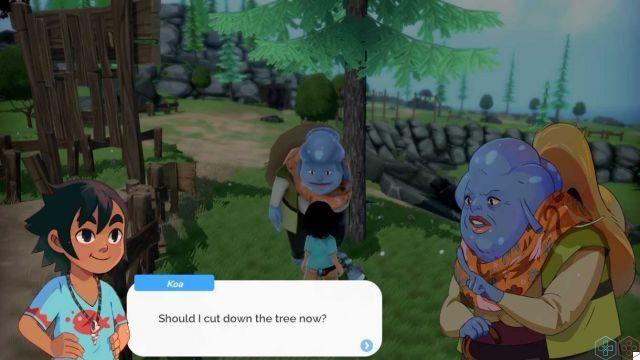 We are introduced to the tale with a very high quality short animated scene in which Koa, the little protagonist, is found in the middle of the sea and survived a naval disaster. Yaya, a sea creature with humanoid features, decides to take her with him, making her grow up as if she were his daughter.

The two will live on a small islet that offers just the essentials to live peacefully and in harmony with nature. The small one Koa therefore grows with these fundamental values, a very lively girl with a great respect for her surroundings. The events that follow one another will lead the girl to travel by sea, discovering what the islands of the archipelago have to offer. The most important destination is certainly Qälis, a town with a modern appearance and inhabited by different races. Here we are introduced to what makes Summer in Mara truly special, which is the dialogues and all the interesting individuals who inhabit the islands.

Each discussion, in addition to being accompanied by the splendid drawings of the characters, manages to give character and mood to every situation. The dialogues also succeed in giving life to the places of our adventure, which the animations are unable to do. In fact, the characters move as if rusty and devoid of grace, a real shame given the designs so beautiful. Woody is also the gameplay itself, or at least in the first moments of the game. 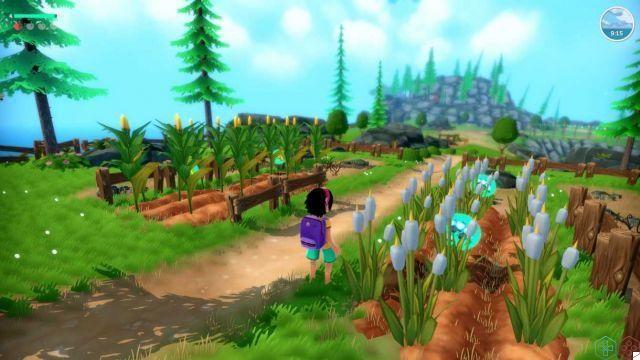 Islanders, but for a little while - Summer in Mara Review

The prologue, or at least even the demo if you have tried it, does not give the right impression of the gameplay that we will face for the rest of the adventure. For the very first hours of the game we will in fact be confined to the adoptive island of Koa, we will learn to to fish, to cook, making tools and grow vegetables in specific areas.

The commands to perform these actions are not entirely smooth and take some time to get used to. Furthermore, despite being very simple actions, the tutorial does not properly explain how they work, leaving us confused for a few minutes too long. However with a little practice and intuition it will all be pretty quick to get carried away.

In fact, nature has a lot to offer us, trees on Koa Island can be felled for wood and replanted. It is also a great and almost unique way to personalize your island. We will then find numerous sources of metal to be consumed by hitting them with the hammer. Fishing, on the other hand, is a minigame that consists in being able to sufficiently align two points that move, very simple and sometimes relaxing. 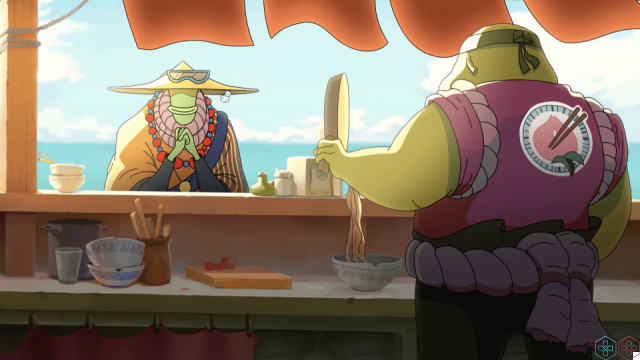 So many places to visit - Summer in Mara Review

However after a certain plot event we will be able to start visit the islands of the archipelago riding the waves on our boat. Besides Qälis there are numerous other interesting islands to visit, each with its own different biome and particular characters. The exploration of these places is extremely encouraged and in fact it is pleasant to be able to walk accompanied by the roar of the water and the leaves that move in the wind. However, the main purpose is to find new resources or maybe some characters to talk to.

It is precisely in this way that we will be given numerous missions to complete, all quite similar to each other, in which Koa will have to cook dishes and grow vegetables for satisfy everyone's needs. This will force us to go back and forth between islands and home, the latter is also the only place where it is possible to build and cultivate.

If we then think that to continue in the plot, the completion of some secondary missions is almost mandatory, you will therefore find yourself traveling across the sea numerous times. This is a game cycle that can easily get boring, but from the point of view of a genre that, between strength and repetitiveness, we do not doubt that it can prove to be relaxing for many. 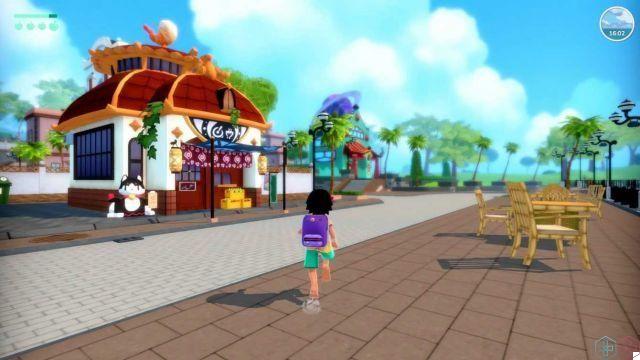 One thing quite evident from the beginning is the extreme simplicity of the interface, which yes it is functional but some decorative element in line with the aesthetics of the game would not have hurt. In fact, it clashes with the beautiful illustrations present in every dialogue and gives life to what 3D graphics sometimes struggle to represent. Some character models in fact leave a lot to be desired, between the quality of the polygonal models and the sprites there is almost an abyss. The settings are less affected by this comparison, managing to give freshness and color to the islands we visit.

Although from the point of view of graphic effects we are not faced with a masterpiece, the game fully manages to satisfy a requirement for some very important, optimal performance. We believe it is a fundamental factor because, while not putting our hand in the fire, it should also be able to run on dated systems or even on laptops. The user approaching this genre is not always of the hard core type, so have gods very affordable hardware requirements it is a plus to be taken into account. 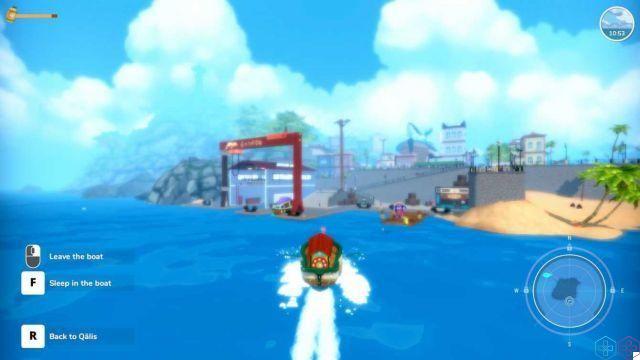 Heidi of the sea

Summer in Mara manages to return many positive emotions and relaxing situations. Traveling by sea, even between one loading and another, is an immersive experience that manages to give a sense of adventure. Furthermore, Koa is an extremely pleasant character who conveys a positive message of acceptance of the different and respect for the environment. However the core gameplay mechanics are not innovative, but they do their job adequately. Despite the lure of adventure, You will often find yourself having to solve other characters' problems and this will not always be a rewarding experience: Going back and forth all the time and some unnecessary waiting could lead to frustration during the game.

The game of this review, Summer in Mara is now available for PC, Nintendo Switch, Xbox One and PlayStation 4. To stay up to date on video games and technology, we recommend that you continue to follow us on the pages of techigames.

7 Suitable for unplugging a little

add a comment of Summer in Mara review: lots of sea and just as much charisma