Suicide Guy VR review: the beauty of giving up

We had the opportunity to try Suicide VR, the virtual reality version of Chubby Pixel's 3D puzzle game, in which to win you have to die; in our review you will find out if it has fully convinced us

In a historical period in which indie studies come out like mushrooms, and it is possible to produce a game even with extremely limited economic resources, we have been used to any kind of weirdness. Suicide Guy VR, however, reaches a new level of peculiarity. Between puzzles to solve, punches, kicks and burps in virtual reality, fighting for suicide has never been this fun. If you are curious to know more, follow us in ours Suicide Guy VR review (You will not regret it)!

Fleeing from the arms of Morpheus

Suicide Guy is an indie title developed in 2017, by Fabio Ferrara in collaboration with the software house Chubby Pixel. A few days ago, the virtual reality version of the game was released, to expand an increasingly growing and populated sector by now mostly from indie studios. Probably, the choice to transpose a title as light-hearted and controversial as Suicide Guy in virtual reality, can prove to be a winning weapon for the producers of the game; in a panorama like that of VR, characterized by low poly graphics and deeply immersive platform components, Suicide Guy seems to have been born to be played with a helmet. Watch out for nausea though! 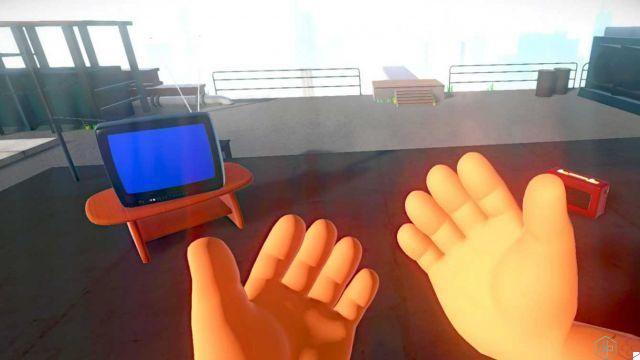 Surviving was never an option - Suicide Guy VR review: the beauty of giving up

Let's start by specifying that Suicide Guy VR doesn't have a real storyline. We are talking about a puzzle game in 3D, in which our funny protagonist, with obvious sleepiness problems, just can't keep his eyes open. Every time he falls asleep, our hero finds himself trapped in the world of dreams from which he can escape only in one way: committing suicide. To reach the other world and thus wake up, however, our character will have to solve the puzzles that make up the levels of the game.


This basic choice takes us directly to the two main characterizing features of Suicide Guy VR. The first resides in the game of opposites: to win, you must ultimately lose. This feature, in addition to being fresh and peculiar, draws the path directly to the second quality of the game: the decidedly tone not serious that characterizes our adventure. From the very first moments in which you wear the viewer, it is clear that Suicide Guy VR has few pretensions, without however becoming trivial in a mediocre game: it is a low poly platform that wants to entertain, intrigue and leave to the players the possibility to have fun even for a few minutes in solving the puzzles between punches, kicks and burps. And we like it a lot. 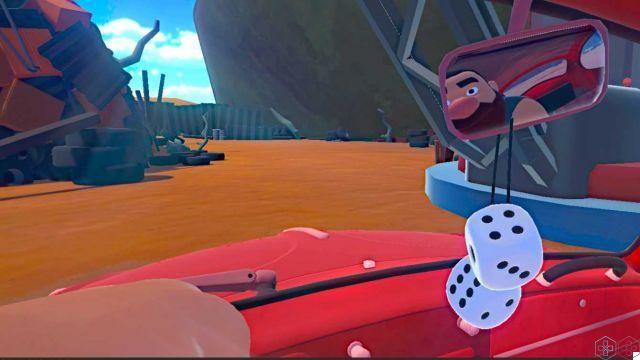 As already mentioned, Suicide Guy VR is a 3D platformer characterized by low poly graphics. Some realism purists might turn up their noses at these words, but the low poly graphics in this game are by far the technical factor. more apt and functional. The lack of seriousness of the title, combined with this artistic choice, makes everything fun and at times a little nostalgic, thanks also to the easter eggs hidden in the levels. In Suicide Guy VR there are 25 levels, all different from each other and characterized by a different basic idea.

Although the ultimate goal of each level is to perform the insane gesture, the puzzles are different from each other both in terms of setting and mechanics, bringing good variety to the gameplay. Some situations proposed by the developers are really interesting and fun and (as already mentioned) we often find nice easter eggs to enrich the game experience. Between a level dedicated to Super Mario, Moby Dick, mechanics at the Portal and quotes at Frankenstein, Suicide Guy VR does not fail to snatch a smile from the "studied" gamer on several occasions.


These choices, although they may appear frivolous and negligible, in reality have a great importance in the "entertainment" factor of the game. All the elements mentioned above give the impression of having been entered for plug some small gaps in the game that we will analyze later. It is clear how Suicide Guy VR is a decidedly limited budget product and this inevitably involves deficiencies in some aspects, cleverly disguised. This camouflage, however, does not disturb at all and is in full line with the philosophy of the game, ending up with entertain and make you smile on several occasions. 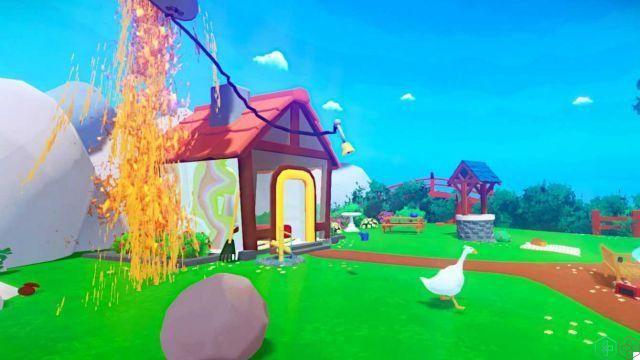 Helmet on the head and pad in hand - Suicide Guy VR review: the beauty of giving up

Looking at the standard version of Suicide Guy, it's clear how they originally existed huge problems in the gameplay of the game. The consequences of the tight budget jump out of hand, and actually the first version of the game was not exactly the best of gameplay. Between hooks of buggy platforms, levitating objects and interactions between often ruinous objects, the pure platforming experience of the game was being compromised not a little.

In this VR counterpart, however, most of these problems has been resolved or otherwise limited. Although in some situations you may find yourself struggling slightly to make things work, the gaming experience is quite fluid and smooth. A slightly different speech concerns the physics of the game, at times slightly frustrating. Here too, however, nothing so big as to affect the final game experience.

The puzzles proposed in the various levels, however, fluctuate a lot in difficulty. The feeling is that of floating between the ingenious, the almost impossible and the banal, as if some got a lot more attention than others. Generally, summing up, we find ourselves in two opposite conditions: either the solution is immediately (and easily) understood, or there is really something to be done. 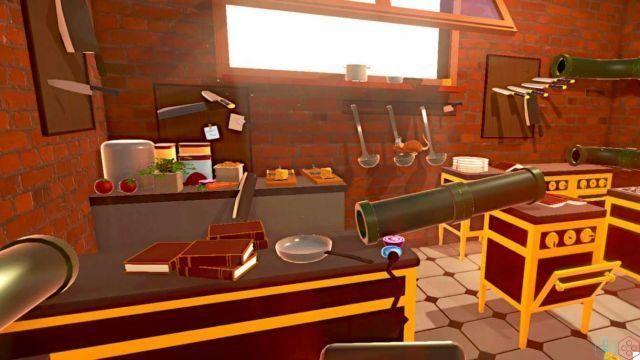 Ok friends, the time has come in the review to take stock of Suicide Guy VR. Suicide Guy VR starts from a base (already good) of an unpretentious, light-hearted and fun game but full of technical imperfections. Although in the virtual reality version these gaps have been filled in, the problems related to the tight budget are evident. Nonetheless, Suicide Guy VR looks like a great title for VR, a fun puzzle platformer and a great release valve.

The low poly atmosphere of the game, the not serious tone and the variety of the puzzles do not bore e entertain, and although the levels are not many il price is worth the candle. Despite having to deal at times with the problems in physics, at times with the remaining technical problems, the gaming experience is valid and light. And let's face it, who else gives you the opportunity to get it over with for the modest sum of a margherita pizza?

We hope ours Suicide Guy VR review you liked it, and as always we greet you wishing you a good gaming! Don't forget to keep following techigames for more news, updates, reviews and much more about the world of video games. Hello and see you next time!

Summer in Mara review: lots of sea and just as much charisma ❯

add a comment of Suicide Guy VR review: the beauty of giving up