Let's find out all the details of the new Respawn gem in our review of Star Wars: Jedi Fallen Order, may the force be with you all!

Star Wars: Jedi Fallen Order, is the new title linked to the universe of the film saga conceived and born by George Lucas, made in collaboration by Respawn Entertainment ed EA Games. Has he convinced us? Let's find out all the details in this one review in which we are going to dissect the gameplay of the game without making any kind of spoilers regarding the plot.

Let's start by talking in a very summary and in some ways also quite vague about the plot of this title. Star Wars: Jedi Fallen Order brings the story of the young Jedi under our eyes Callus, which will have a "simple" and main objective to guide him in his adventure: reconstitute the order of the Jedi. To do this he will need the help of some traveling companions, who will certainly not sin in terms of oddities and fidelity.

The loyalty that will bind the various members of the team will be a theme developed in a truly excellent way. A strong point of the story told in this title lies precisely in the mode of narration of the same: brilliant dialogues, flashbacks, meaningful scenes and, why not, real twists, will accompany you during yours 12/15 hours of gameplay. Like any story set within the Star Wars universe, also in this case, the focal point will be represented by a real personal research that the protagonist (and not only!) Will carry out.

A small flaw will be represented by the imbalance that there will be in the deepening of some characters. This means that some of them might have deserved some further study or information, just as it has been done for others. 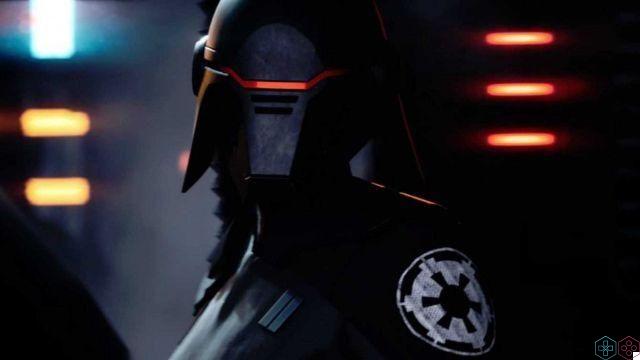 Our adventure will develop and take place mainly within some planets. These same planets will, of course, be reachable aboard our trusty spacecraft, called Mantis which, as it happens for ours laser sword, Our Abit and our droid BD-1, it will be aesthetically customizable. Once we have landed on the planets, what will be proposed in front of us will be a structure halfway between a "tunnel" and an "open world".

We will have a goal to follow but during the journey to reach it we will have the opportunity to make several detours, which will lead us to discover secret corners of those same planets, where it will be possible to find upgrades or useful items. To make our path easier (but not too much) there will be several save points where our Cal can meditate. Meditation will not only allow us to save our game but also to unlock the various skills available.

By saving, however, in addition to recording our progress, we will literally be reborn the enemies we faced previously. This obviously goes in favor of the dynamics of back-tracking conceived and developed by Respawn. In fact, we will find ourselves landing several times on a single planet. A small note of demerit, in our opinion, will be represented by the map of the various planets, not fully understandable and intuitive. 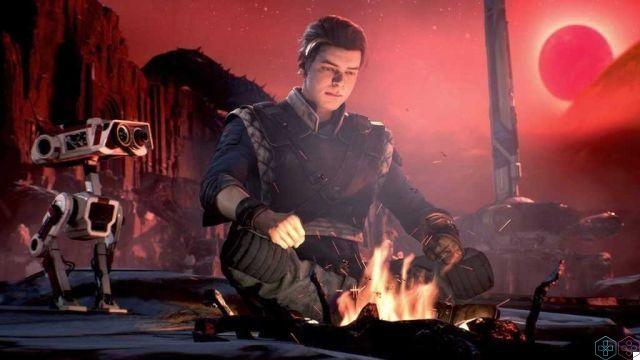 Star Wars: Jedi Fallen Order, ok, but what kind of game are we talking about? The title looks like a action. An absolutely pure action full of elements that, in our opinion, could make it a real one reference point for the genre, just like the Uncharted saga was. In fact, this title takes a lot from the Naughty Dog saga, both in structure and raw gameplay. We start from the exploration of the various planets which will obviously take place in a non-linear and simple way for our Cal, but certainly very fun for us that we will find ourselves playing.

Platforming studied and exploited in a truly exceptional way, capable of entertaining the player in every moment and in every phase of the adventure. All seasoned with a combat system absolutely fulfilling and stimulating. The skills will greatly enrich the various fights, during which, in addition to using our lightsaber, we will also be able to use force to inflict damage on our enemies. Not to mention the boss-fight e delle mini boss-fight, absolutely thrilling, frenetic and spectacular. Another interesting element to consider, in our opinion, is the general difficulty of the title.

Playing on the recommended difficulty (medium, or "Jedi Knight"), we will have our cat to peel and the path will not be easy at all. Challenge rate, therefore, also high enough for the most demanding players in this respect. A very effective mix of all these elements made Star Wars: Jedi Fallen Order a really solid and well packaged product. 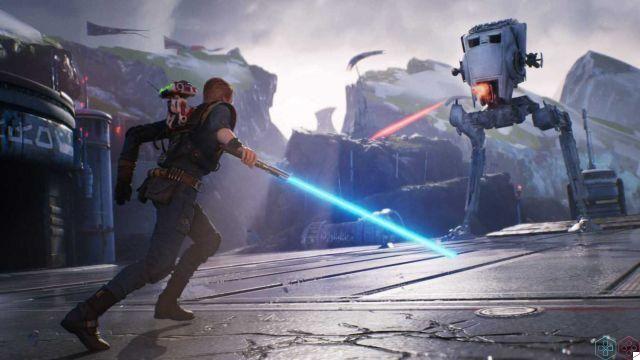 From a technical point of view, the title is, all in all, quite solid and compact. The glance, as far as it concerns the graphic aspect, it is very, very interesting and enjoyable. Respawn, from this point of view, did a great job. Also from the sound point of view, nothing to say, indeed, the music fully inspired by the film saga they marry perfectly with various game situations. Not to mention the sound effects of the weapons and lightsabers, which are truly exceptional. Another note of merit: i models of the characters and creatures that we will face, in addition to the excellent ones animations.

Some small flaws, however, are represented by some graphic glitches too many and excessive drops in frame-rate in the most agitated situations (we emphasize that the test was performed on the first version of PlayStation 4, in all likelihood, starting with PS4 Pro and higher consoles, not to mention PC, these same problems will not reveal themselves). Finally, the management of the room will not always be optimal. 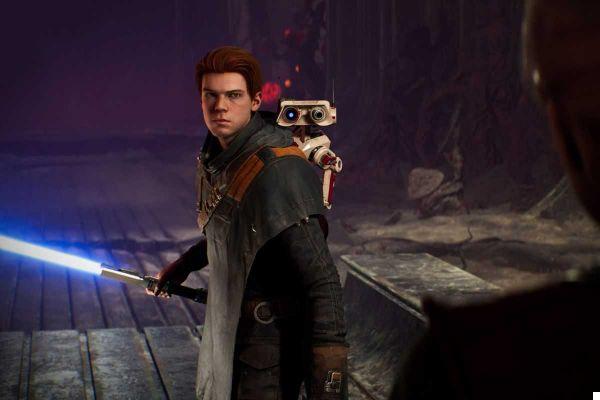 With this quote from the master Yoda we close (exactly as we opened) ours Star Wars: Jedi Fallen Order review. A title that convinced us from practically all (or almost) points of view. A game that will keep you glued to the screen thanks to the quantity and variety of situations it will be able to offer you; starting from a fun gameplay to ending with a plot that will flow quickly and will also be able to involve you emotionally. Are we talking about a recommended game? Absolutely yes! Recommended for non-fans of the saga but especially to those same worshipers of the Star Wars universe who cannot miss this title.

For more news from the videogame world and more, stay tuned to the pages of techigames.

add a comment of Star Wars: Jedi Fallen Order Review, Do or Don't, There's no try!