Spies & Lies review: the enemy is upon us

In the Spies & Lies review you will find out how to lead your army in the invasion of the enemy camp, using very fine espionage techniques

In recent months, GateOnGames has localized some games from the Jumbo publishing house in Spain. In this article we are going to talk specifically about Spies & Lies, a game of cunning and strategy. In Spies & Lies we must be able to gather as much information as possible on the strategy implemented by the opposing army in order to achieve our purpose, which is to infiltrate our spies into enemy territory to reach the flag or at least get as close as possible to it. by the end of the third round and block the opposing invasion. 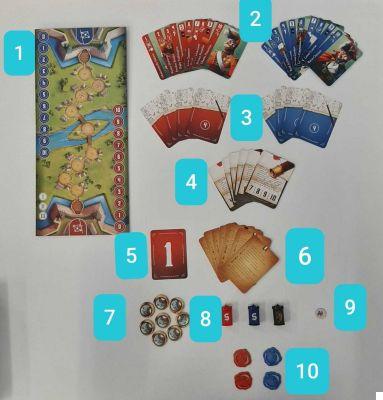 First of all, the two players choose which color to play with.

Each player must have:

The board is positioned in the center of the table, each player must have the side of the board in their color facing towards them. Also on the board, the players must place their Infiltration pawn on space number 0 of the “Infiltration points” path and the Secret Agent pawn on the central space. The day marker must be placed on day 1 of the game board. Next to the board are then placed: 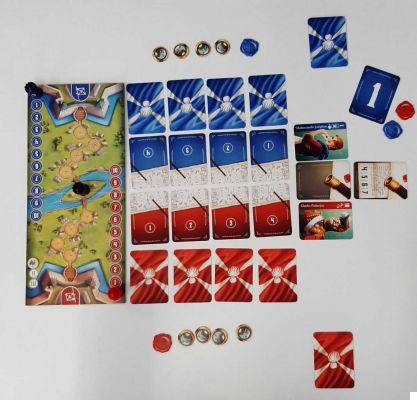 How to play | Spies & Lies Review

Before entering the heart of the game, each player must randomly choose a card from the opponent's deck, this card will be placed face down next to the deck of Information cards and will be the Exhausted card, that is the card that cannot be used during the current round and which can be used as a clue. Each game takes place in 3 rounds and each round consists of 3 phases:

NB At the end of the regulation there is a page entirely dedicated to the detailed explanation of the skills of the Soldier cards. It should be read well before starting the game, because it can help in deciding some strategy to put in place. Each round changes the starting player, consequently the starting player card must also be turned in the correct direction. At the end of each round, the Day marker is advanced one round.

Whenever a Soldier card is revealed during the Mission phase, the Infiltration tokens must be moved in the following ways: 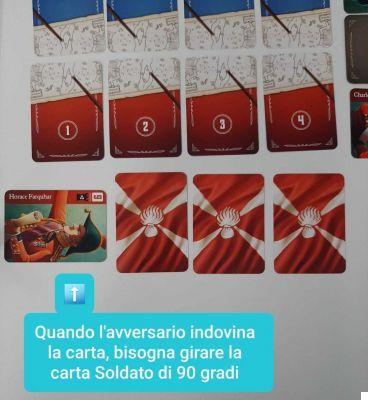 When a player reaches number 10 on the track numbered with his Infiltration marker, then he can advance the Secret Agent chit into the enemy field by the number of spaces equal to the round being played (for example, if the Day marker is placed on round 2, the pawn must be moved two squares). Once this action is performed, the player returns his Infiltration marker to number 0 and any excess points are lost, except for the Colonel card (# 8) which allows for the accumulation of excess Infiltration points.

End of round and end of game | Spies & Lies Review

The round ends when all and 8 Soldier cards (both his own and those of the opponent) they are all turned face up. All the cards used during the round are collected, shuffled and restarted with the setup for the next round. Remember to advance the Day marker one space. The only things that shouldn't be moved are the towers on the game board. Instead the game can end in two ways:

In this variant it is played in two teams of two players. The two players of the same team divide the Mission cards, one will play with 1 and 2 and the other with 3 and 4, each will be responsible for the choices concerning his cards. Teammates have to confront each other out loud, they can't whisper. After the first player has chosen and placed the Soldier cards corresponding to the Mission 1 and 2 cards, the teammate can look at those cards only once so that he can place his cards in the correct order.

Spies & Lies immediately attracted me for the simple rules, the quick setup and the longevity of the game that can hardly always be the same over time. A small negative side, however, this game has it, although the games last half an hour it is not one of those games in which we can say that "one game leads to another". Maximum two games and then it is better to switch to a lighter and less strategic game.

add a comment of Spies & Lies review: the enemy is upon us