Every day the videogame market gives us more or less promising titles, especially as regards indie video games. Among these there are sometimes real pearls such as Hollow Knight e Ori and the Blind Forest. The question then arises spontaneously. Where will this new video game, conceived and developed by the team of Joysteak Studios? Let's start the review of Songbird Symphony and let's find out together!

In the game we will take on the role of BIRB, a little chick who lives with her uncle Pea, a peacock. One day, realizing that the others were mocking him and seeing that he did not look like his much loved relative, Birb decides to go to the Owl, the wisest animal. Here begins his journey into the world he lives in search for the 6 notes which will allow him to discover his true identity. The journey will not be easy, but thanks to the company of the little one Egbert we will be able to overcome some areas that would otherwise be impossible to deal with.

Let's take a look at the gameplay

Developed by Joysteak Studios and released by PQube Games, Songbird Symphony offers itself as an alternative indie. Contrary to the current trend he sees an increase in violence in video games (I refer you to our special by clicking here), this title runs against the tide and is positioned in that increasingly small band of non-violent video games.

Created as a 2D platformer, inside the title we will find puzzle game elements that will test us along our path. The world explored by Birb (the chick protagonist of the story) will not be huge, but it will allow us to visit different scenarios. Each place will have a very particular setting and it will be characterized by a very specific family of birds. The beating heart of the video game and the gluing element between the various scenarios will be the music. 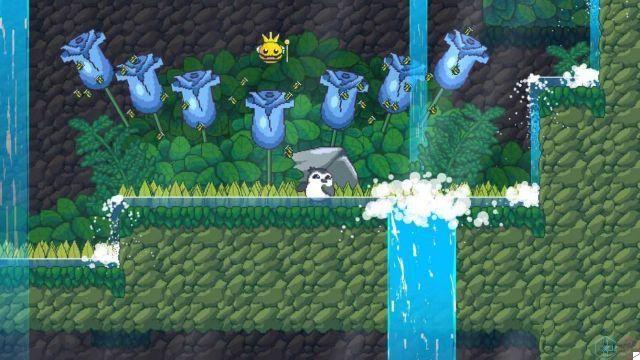 As mentioned earlier in this Songbird Symphony review, our chick will set off to learn the other notes that will allow him to discover his past. In the world nothing can hurt him. The only battles we will undertake will be those with the local bosses. However, these clashes will be very particular and yes they will fight to the sound of music. Just like in Guitar Hero style games, you'll have to press the relevant note button at the right time, trying to get as high a score as possible. However, miss almost all the notes will not entail any penalty indeed, it will still allow you to continue your adventure.

The graphics are definitely not up to par with other indies. In fact, on the screen we will find only the main elements made with poorly maintained textures. The background in open areas will be blurred when trying to give a sense of depth with the elements in the foreground. THE movements some characters however result cared for and well managed, especially in the dialogues where, depending on their action during a certain speech bubble, you can understand the tone that the developers wanted to give.

A separate discussion in this Songbird Symphony review must be made for the audio. It turns out to be very poor and the unique sounds that we will hear are those deriving from the various background music. In the long run, some of them will turn out to be repetitive, also creating a certain annoyance in us players. Very well cared for are those of the various bosses, with well-structured karaoke parts that will also allow us to sing the various songs. If from this point of view the bossfights are well taken care of, the problem occurs during the execution of the various notes.


This side of the "fighting" in fact appears be careless, at least as far as the PlayStation 4 version is concerned. It will not be easy to distinguish the right button to press during executions when the indications will be moving. The main problem, however, is due to the speed of execution of some pieces, especially those consisting of all or most of the notes. The sequences in fact sometimes will be far too fast to perform perfectly with just one finger. A very different thing, on the other hand, is obviously from PC as we will be able to use several fingers at the same time.

We are now at the end of this Songbird Symphony review and now is the time to take stock. Although this title is graphically inferior to its peers, the compelling story that our little Birb (similar to that of the ugly duckling in some ways) and the innovative bossfight make this title truly special. An adventure that flows smoothly across the screen (except for a few small bugs) and that will manage to keep us glued to the screen for about 5-6 hours (100% completion time). To these is added the high probability of replaying the various challenges to always improve our statistics. 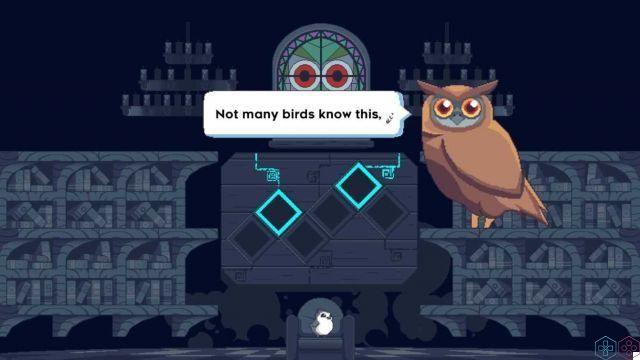 This video game therefore looks like a title suitable for the whole family, especially for the little ones. However, the absence of the Spanish language it could be a problem for the many who don't speak other languages. The presence of a very basic english fortunately he comes to our rescue, making the task much easier. The presence of the small puzzles that we are going to face will make the game longer and certainly much more fun.

That's all for this Songbird Symphony review now. Recall that the game is available for PlayStation 4, Nintendo Switch and PC. In order not to miss further reviews and news on the gaming world, continue to follow the pages of techigames!

SoulCalibur 6 review: the return of order and chaos ❯

add a comment of Songbird Symphony Review: The Importance of Music