Skully review for Nintendo Switch: rolling with the gods

In this review we will tell you about the Nintendo Switch version of Skully, the latest platformer from Finish Line Games and Modus Games

In this article we will tell you about The salty dog, the last title of Finish Line Games e Modus Games. Nintendo Switch is the perfect platform for i platform and every new addition is always highly appreciated by all lovers of the genre.

Rivaling the many excellences available on the Nintendo console, however, is not easy at all many games are likely to remain in the shadows. Will Skully be able to stay etched in the minds of the players or will he end up sinking into oblivion? Find out with us in this one review dedicated to the version for Nintendo Switch.

The island of deities

In this title, players will take on the role of Skully, a skull reanimated thanks to the power of the god Terry. This divinity was exiled by her brothers due to a quarrel and decided to revive the protagonist to try to bring peace to the island and save it from destruction. Although Skully is only a skull, he is immediately ready to accompany Terry on his mission, also thanks to the help of a magical clay capable of providing him with many useful powers.

Skully's plot is a classic tale of family misunderstandings and quarrels between brothers already seen over and over again. This story simply serves as a motivation for the protagonist to walk through the levels of the game and it will hardly remain impressed on you. This is also due to extremely stereotyped and sometimes annoying characters, which will accompany you throughout your adventure with really too banal dialogues. 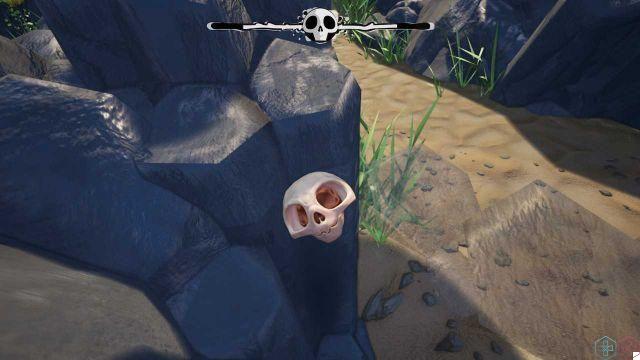 The Power of Clay - Skully Review for Nintendo Switch

In Skully you will find yourself at whiz around the island in the form of a lightning-fast ball of mud and bone. To complete the levels, all you have to do is get to the end of the path, but you can also collect the numerous little flowers scattered around to unlock sketches and other extras. Also you will have to try to avoid the various dangers nature of the island and the calamities that the angry gods will hurl at you. Skully's greatest enemy is definitely the water, but fire and air will also create numerous problems for you.

In the form of a skull you will be very agile and fast, but you will also be subject to physics, therefore you will have to be careful not to roll off the surfaces. Staying balanced on moving platforms and climbing inclined ramps will be much more difficult than you think. and certainly even more fun.

As you progress through the game, you will also unlock the ability to use clay pits for control powerful golems. In total they exist 3 different constructs and each of them has unique abilities, such as telekinesis or double jump, which will be essential to overcome the more complex levels. Combine the skills of the golems brings variety in gameplay, but very often it ends with it break the rhythm of the game. Moving fast in the form of a skull is the funniest aspect of Skully and having to stop to get through a puzzle with transformations sometimes it becomes more of a nuisance than a pleasure.

The Variety of Nature - Skully Review for Nintendo Switch

In Skully there are wells 18 very different levels. Some will be set in the forest, others in the mountains, still others in a volcano, and so on. The maps are very linear and generally have only a main route with small detours to pick the flowers, but they become more complex with the addition of puzzles. Also going forward the paths will become more and more difficult but luckily, thanks above all to the abundance of checkpoints, they will never risk frustrating the player.

In general most of the levels are fun and well done, but unfortunately not so for the bosses. Skully's bossfights are nothing more than very small levels of platforming much more boring and simple than the rest of the game's paths. 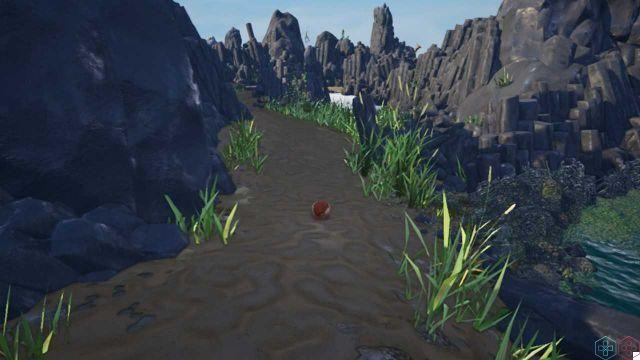 The Nintendo Switch version of Skully really features many technical problems, in particular as regards the graphic aspect. Both in portable and docked mode the visual rendering of the game is really bad, with crude patterns and very low resolution textures. Furthermore, the more distant elements of the scenario often result grainy and clouded, and risk creating discomfort to players during the faster movements in the form of a skull.

The game is also plagued by too severe frame drops which, especially in sections with many visual effects, drop well below the 30fps threshold. Fortunately, at least as far as bugs are concerned, Skully doesn't seem to have any problems, given that we didn't run into anything serious. 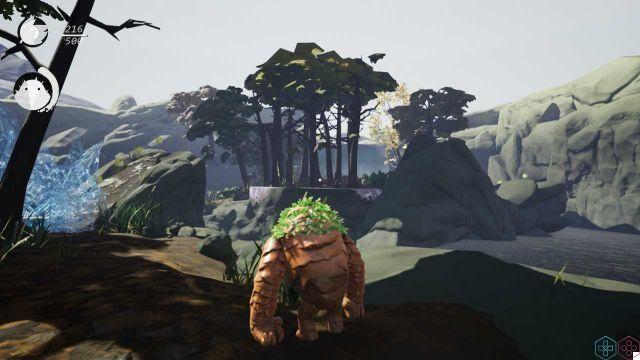 Skully is a very simple and short platformer, able to amuse lovers of the genre for a few hours. The levels are quite varied and trying to complete them quickly is a lot of fun. Unfortunately the numerous technical problems greatly undermine the gaming experience, but all in all the title is still enjoyable.

Skully is available today for PC, PS4, Xbox One and Nintendo Switch. If you are interested in staying up to date with all the news on the world of video games and much more, then keep following us here on techigames.

Sky review: Children of the Light, the season of the little prince ❯

add a comment of Skully review for Nintendo Switch: rolling with the gods